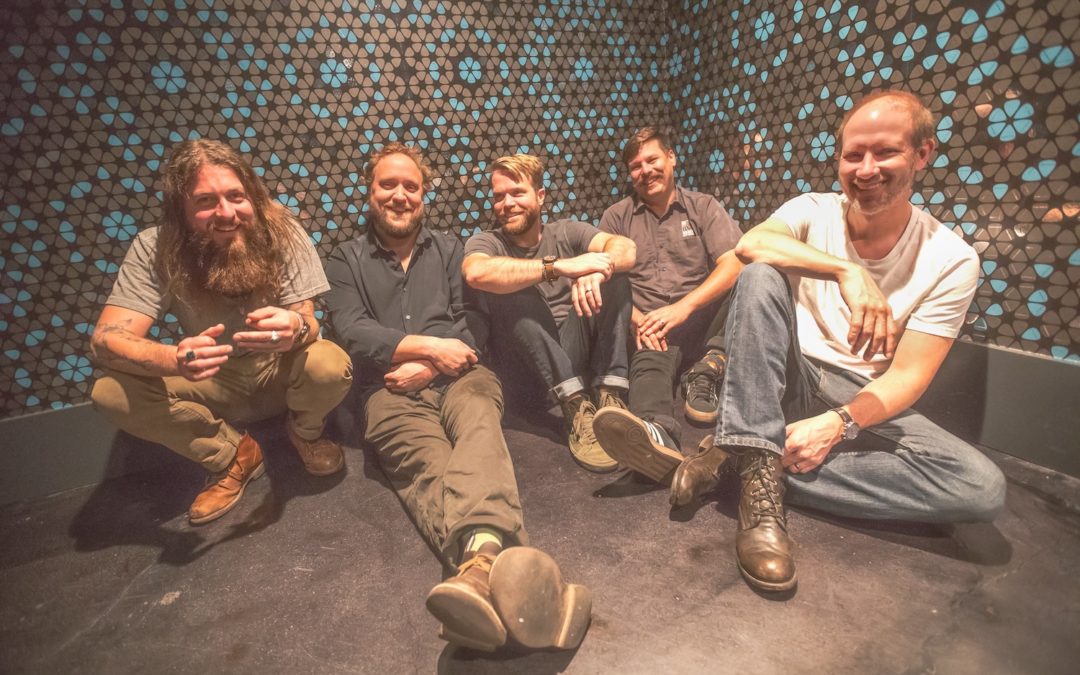 Locals, former locals and local favorites are among the roots-based performers set for the 15th annual Hoxeyville Music Festival August 18–20. The music extravaganza just east of Wellston kicks off with Traverse City’s The Accidentals at 2 p.m. Friday and concludes with former TC resident Billy Strings at approximately 10:30 p.m. Sunday. In between, more than two dozen other performers will take one of the two stages.

The three days of fun in the (hopefully) sun had an auspicious start. Luthier Jake Robinson made guitars by hand in his shop in Kalamazoo and decided he wanted to find a way to show his appreciation for the musicians who played his guitars and showcase them and their music. What’s more, he wanted to do it somewhere removed from the hustle and bustle of downstate cities.

Thus, Hoxeyville, on nearly 100 acres amidst the trees of the Manistee National Forest some 20 miles west of Cadillac. National headliners, including former Dead members Mickey Hart, Bill Kreutzmann and Bruce Hornsby, have performed there alongside home-grown talent. Apparently, Robinson too wanted to escape to the North; he left Kalamazoo to live and work in the area nine years ago. There are plenty of wooded camping sites, and it’s near mountain biking trails and the Pine River, a scenic blue-ribbon trout stream and national wild river, ideal for kayaking or canoeing.

Which is all well and good. But it’s really about the music, which runs throughout the day, every day. Sure to be among the highlights: The Accidentals, the indie/pop/folk trio whose major label debut Odyssey hits the same day they open the festival. Multi-instrumentalists Katie Larson and Savannah Buist met while in high school in Traverse City and eventually added percussionist Michael Dause to the mix.

Then there’s Billy Strings, who was born in Lansing, raised in Kentucky, and made his name in the Traverse City area before relocating to Nashville. He’ll premiere the blend of original bluegrass, jamgrass and old-timey ballads from his upcoming album Turmoil and Tinfoil.

Cadillac native Winslow-King grew up just down the road from Hoxeyville. He started performing weekly in a local bar band at 14, formed The Winslow-King Blues Band at 16 and earned a diploma from Interlochen Arts Academy, where he majored in jazz guitar. He fell in love with and made New Orleans his home—after he was forced to stay there for a time while on tour because his car, filled with musical instruments, was stolen. 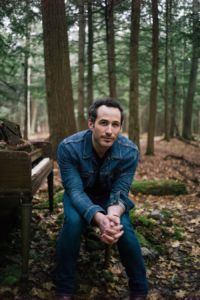 Not to forget, Joshua Davis. A finalist on the 2014 season of NBC’s The Voice, Davis’s burnished voice has seemingly become ubiquitous since he placed third in the show’s eighth season.

And they’re not even the headliners. Sam Bush was raised on a farm just outside of Bowling Green, Kentucky. He started playing mandolin when he was 11 years old and has since earned honors such as an Americana Music Association Lifetime Achievement Award and numerous Grammys and International Bluegrass Music Association trophies. He’s written with and performed and/or recorded with the likes of Emmylou Harris, Lyle Lovett and Béla Fleck.

Charles Bradley was originally inspired by the Godfather of Soul when he saw James Brown at the Apollo in 1962. He grew up in difficult conditions in New York before running away from home at 14. Over the years he worked a variety of jobs and dabbled in music off and on, before forming an act as a James Brown impersonator in 1996. His first album came out in 2011; the next year, he was the subject of a documentary that debuted at South by Southwest. His music has been praised by Spin, MOJO, Paste, Buzzfeed and Rolling Stone.

Bush and Bradley play Friday and Saturday respectively. They’re followed each night by Greensky Bluegrass. Since its founding in Kalamazoo in 2000, the band has fashioned a dynamic, intoxicating sound rooted in classic string band Americana while branching out to encompass an array of styles and techniques. Greensky Bluegrass describes its sound as its own version of bluegrass music, mixing the acoustic stomp of a stringband with the rule-breaking spirit of rock and roll. The band is known for its improvisatory, multiple set shows.