Made From Scratch: Common Good Bakery 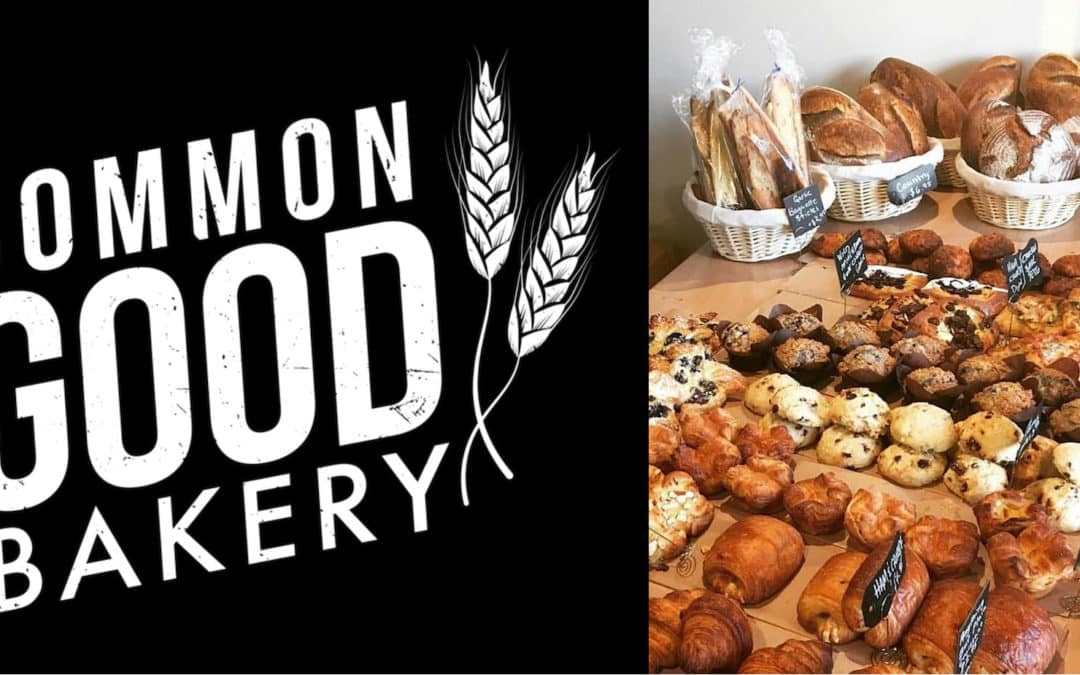 Simple and good: the two qualities baker Jason Gollan strives for. But take it from us, simple does not mean plain and good does not mean all right. Ripping a chunk from the thick-crusted, tangy loaf of sourdough will make a bread head out of anyone.

“Flour, water, salt and yeast—the menu is driven off of that.”

On the counter: Stacks of chocolate chunk cookies; woven baskets filled with fresh loaves and rustic baguettes; rows of cherry buttermilk and bacon Gruyére scones; almond and chocolate and anything-but-plain croissants; crown-shaped pastries known as Brittany or Kouign-amann—also known as salted caramel heaven with a soft, buttery center. And don’t forget the best-selling morning buns. Croissant dough is sprinkled with cinnamon, sugar and a little bit of orange zest, shaped into a cinnamon roll and dunked in Shetler’s cultured butter and more sugar to create a gooey, caramel-like layer at the bottom.

From the kitchen: Breakfast and lunch options include seasonal quiche, yogurt granola parfaits and a variety of grilled sandwiches in addition to a rotating soup menu. Chef Kait Kelly is just finishing up with a Hall’s Farm corn bisque and going into tomato basil. Chowder has made a consistent appearance on the menu so far. This fall/winter look for more one-pot meals. 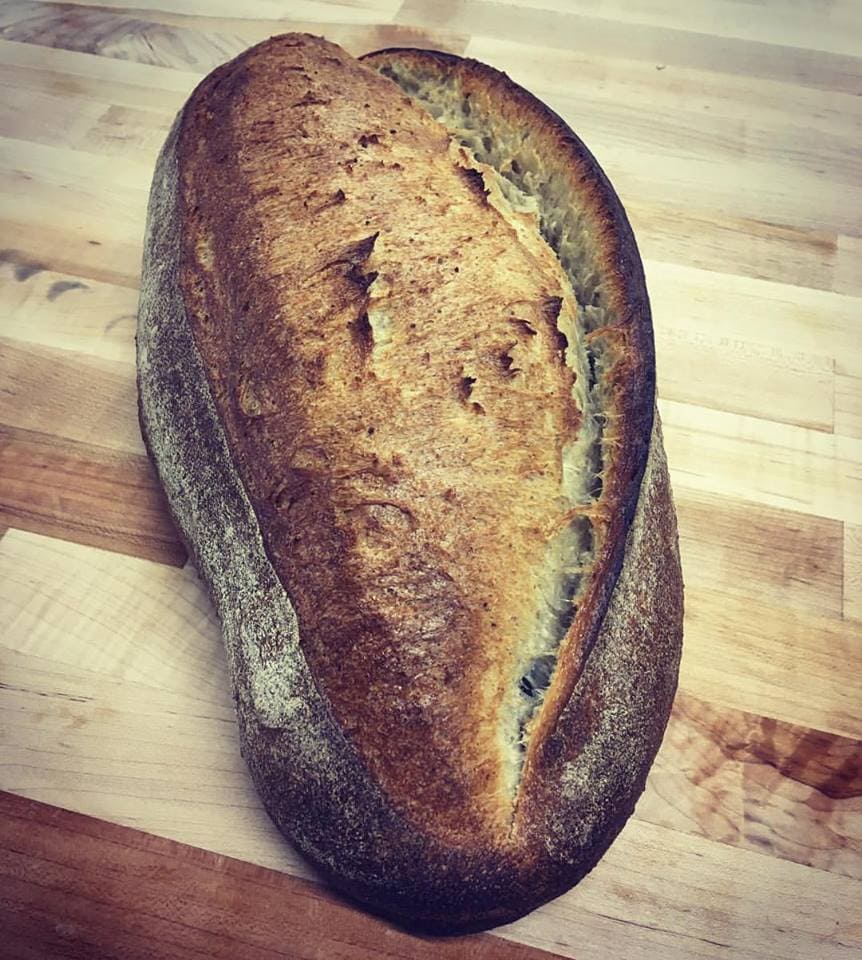 “We’re going to try interesting things with our Bread Club because we figure those are the real bread heads.”

It’s like a CSA—Community Supported Agriculture—but with bread. Pay ahead of time for an annual or six-month share and get a fresh loaf and cup of coffee every week on your pickup day.

“For me, Bread Club is beyond just selling bread. What I really want is for it to be a community,” Jason says. “For example, we could do a dinner in here for 30 people and we’d cook and hang out. It’s a launching board for that. Our mission is to make Traverse City a better place in every aspect. We live in a world that’s full of cynicism and fear, and that’s not going away, so why not focus more on hanging out and getting to know each other. That’s the real reason we’re doing it.”

Bread Club members will also get to try new products and offer feedback. Jason hopes the back and forth will help shape the menu. Stop by the bakery to join. 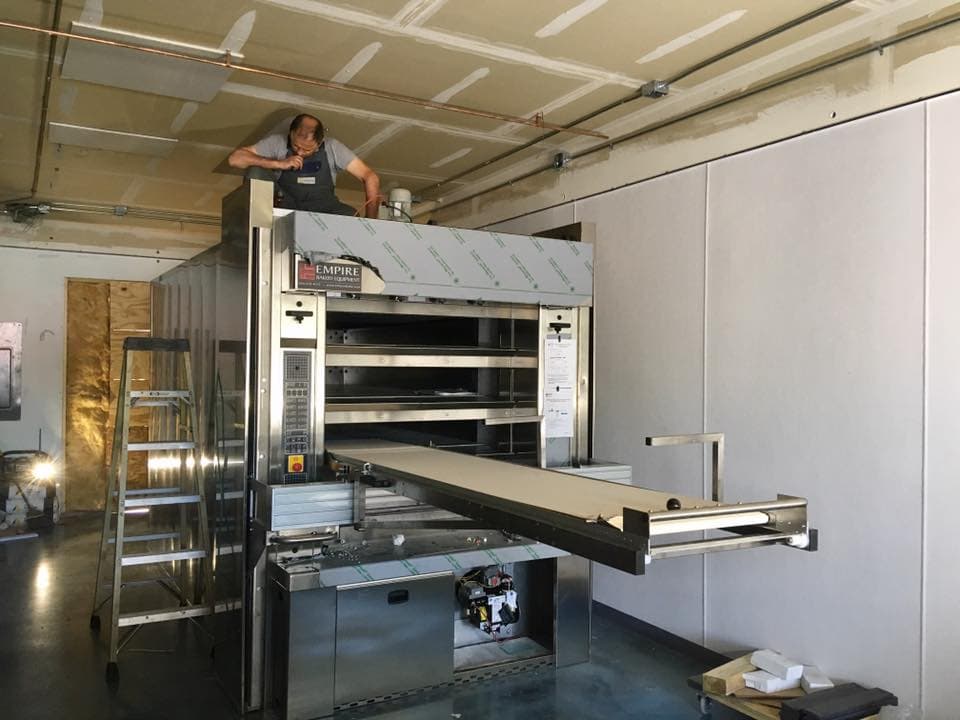 The oven during construction.

“The oven: It’s the heart of the bakery.”

Every bread baker has their oven preference, sort of like the difference between people who drive Fords and Chevys and Toyotas, Jason explains. There are French ovens, German ovens and Spanish ovens. Jason likes Italian ovens.

The 13-foot, 23,000-pound dragon can bake 200 pounds of dough per hour. It had to be assembled by hand in the bakery. “It took five of us a week. The manufacturer sent one of their engineers over from Italy and the distributor sent a guy from New York—they were the brains of the outfit. The most amazing thing is (the engineer) had no instructions. It was all in his head. He built this entire thing without looking at a piece of paper once.”

“It’s a very simple design, but it’s also a strong mix of both modern and contemporary, which ties into our brand,” Jason says. “We’re trying to do traditional things, I mean bread baking is about as traditional as it gets, but we’re trying to approach it in a new way as far as having a higher purpose. The oven is sort of an expression of that because it’s a brick oven, it’s as simple as ovens get, but it has these steam tubes which distribute the heat evenly along the sides and ceiling of the baking chamber.” (The steam gets you that perfect crust.) 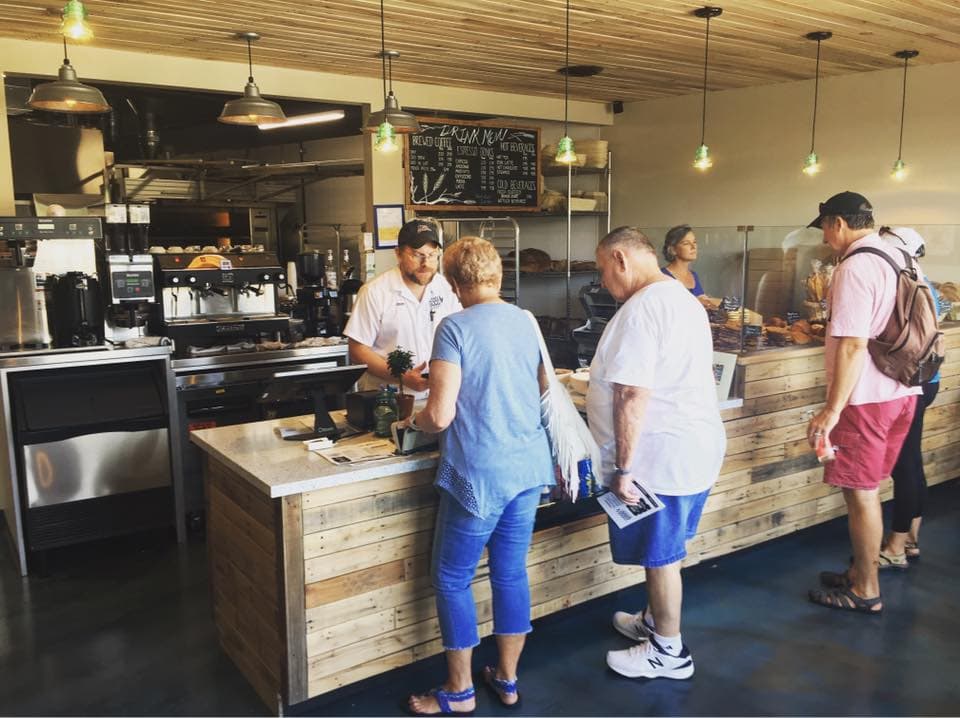 “I wanted to have a neighborhood place.”

The interior decor is a combination of wood and metal. The wainscoting is reclaimed pallet wood, the ceiling is a maple hardwood from Kalkaska and the bar is alder. “Just like the oven, it’s this expression of traditional things in a modern way,” Jason says.

A commitment to sustainability is reflected in the equipment. All the lighting is LED. The exhaust hood has a variable-speed motor, which runs at different speeds based on how much heat the oven below is putting out (most hoods are either on or off, one speed). The fridge and freezer compressors are so quiet neighbors behind the bakery won’t hear them—and they’re so efficient they’ll pay for themselves in three years. “We ask how many different groups are going to benefit. Can we find things that are good for us, our employees, the environment, our community? There are, you just have to think about it.”

The location on Fourteenth Street was another one of those decisions. “I think almost everybody in the restaurant business focuses so heavily on Front Street. It’s amazing how many people I’m meeting who live nearby and couldn’t wait for us to open because the bakery is something they can walk to.

“For me, my personal drive for all of this—I think Traverse City needs to do a lot more work in making our community more walkable and pedestrian friendly … That’s why I’m getting up every day. I want to start talking about a crosswalk on Maple Street; it’s that kind of stuff. I hope we can join in those kinds of conversations.”