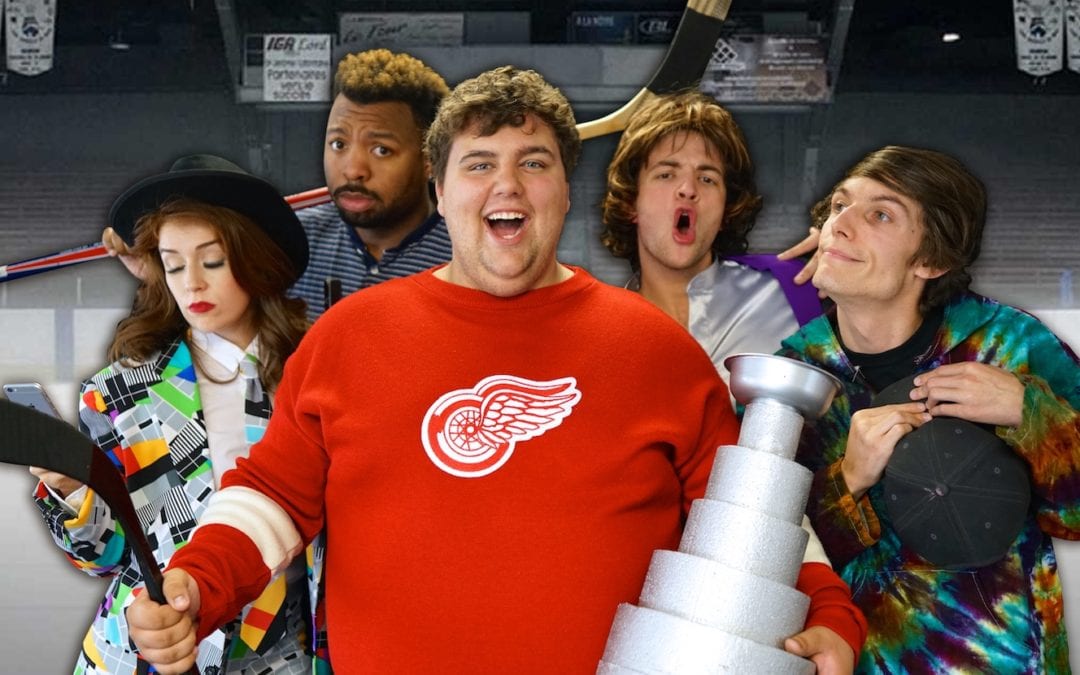 Sports infuse almost every part of our culture. Too much, according to some. So God decided to do something about it and sent an angel to eliminate one sport. The choice? Hockey. 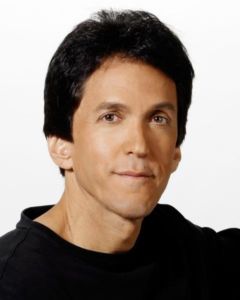 That’s the gospel according to Mitch Albom. And the celebrated writer imagined how people would react—in song, of course. Because what hockey enthusiast doesn’t enjoy a good, rousing fight musical?

Albom’s Hockey – The Musical opens August 9 and runs through August 12 at the City Opera House in Traverse City. Tickets start at $20, available at cityoperahouse.org.

After the success of his previous plays Duck Hunter Shoots Angel, And the Winner Is and Ernie, people were always asking him to write another play. With all the other things Albom has going on—writing books, appearing on TV, supporting the various charities he’s involved with—he finally decided to shut people up. “So I said, ‘I’ll do a musical,’” figuring that would do the trick.

Instead, the response was an enthusiastic “Yeah!” At that point, Albom gave in. “So I finally wrote it,” he says. Thus was born Hockey – the Musical! 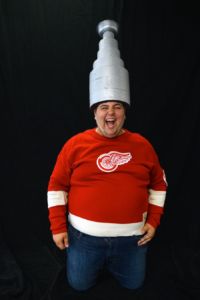 The premise finds a phonetically-challenged angel deciding to eliminate hockey as it thinks it’s hooky (makes perfect sense). When a fan protests, God says the fan can pick five people to make the case for hockey. When the angel misspells the names, the wrong people are chosen, and naturally enough, hilarity ensues.

This isn’t Albom’s first foray into musical hockeydom. He wrote a song with the late singer/songwriter Warren Zevon called “Hit Somebody!” The tale of a hockey goon who scored his first and only goal in the last moments of his last game featured the members of the CBS Orchestra, the band featured on The Late Show with David Letterman, and Letterman himself on backing vocals.

Despite its subject matter, Albom says the show has a universal appeal. He says that going in, the audience may be curious or even doubtful, but the underpinnings of the play are something everyone can embrace. “We see a lot of people who don’t know anything about hockey, and hockey fans who haven’t seen a musical. People may be skeptical, but at its heart, it’s a story about underdogs,” he says.

For those who are fans of the sport, recorded appearances by the likes of Red Wings legend Steve Yzerman, current Wing Henrik Zetterberg and hockey legend Don Cherry are icing on the cake. For Albom, the best part was creating the action with a dancer and choreographer with whom he was intimately acquainted: Peter Albom. “I got to work together with my brother,” he says, harkening back to the days when the Albom brothers and their sister Cara would put on shows for family events in their Philadelphia backyard.

What’s next for Albom? With several novels and non-fiction books, television and radio shows, and numerous charities, including an orphanage in Haiti and veterans programs, plus his continuing work with the Free Press, he still has dreams. “I’d like to do a feature film, and a TV series,” he says. No word on whether there might be a follow-up on any other underdog sports—maybe a new version of NCIS: Navy Curling Investigative Service?

Make It a Date Night: