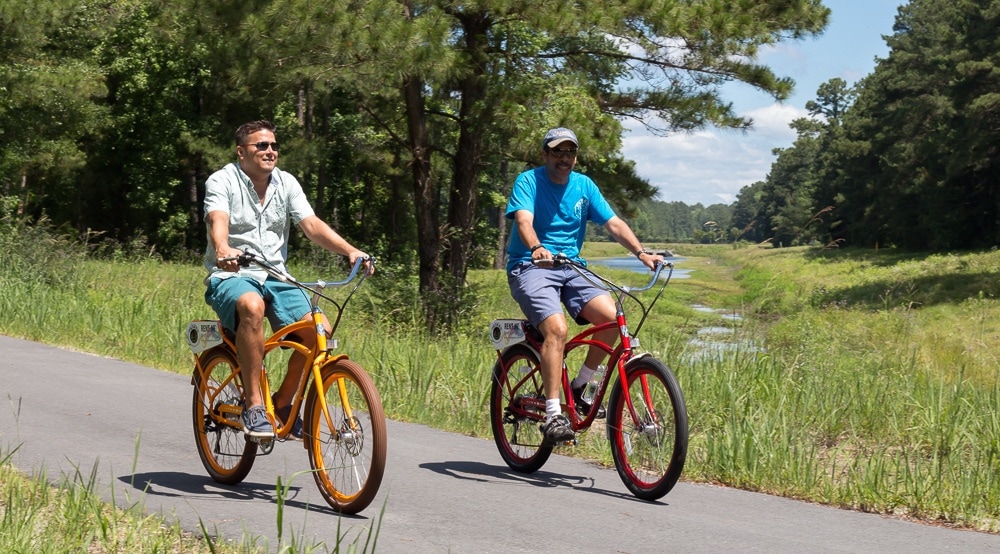 Sunlight slices through the azure sky as a buzzing bee sneaks away with precious pollen. A cool breeze teases rosy cheeks. To the left, brilliant blue waves crash against sandy beaches. The day is absolutely golden—perfect for a bike ride.

Ok … so I might have overdone it a little there. But the truth is, it’s a delightful experience to ride a Pedego bicycle. 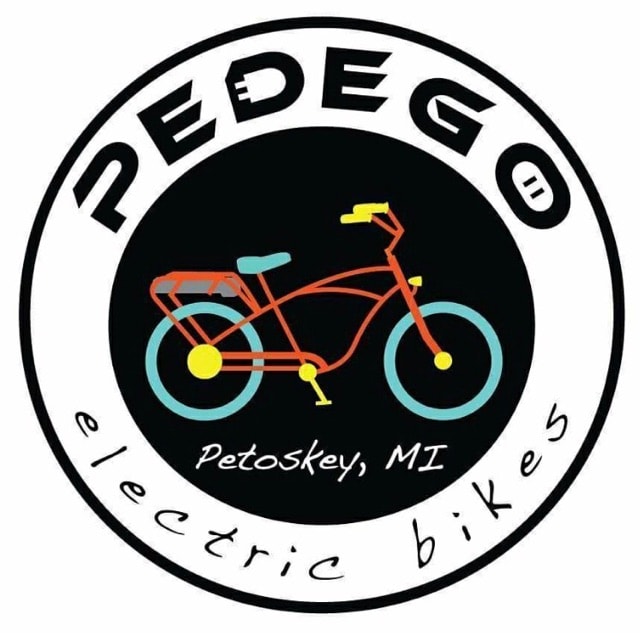 Pedego Electric Bikes is the nation’s largest and top-selling brand of electric bicycles. Yes, I said electric bicycles, BUT before you start questioning the necessity of such a thing, let me politely halt you in your tracks. These bikes are for EVERYONE. Here’s why; Want to go on a ride with the whole family and bring grandma too? No problem, grandma doesn’t have to pedal for a second. Want to make it all the way to that one landmark that’s always just a little too far? Go for it. If you run out of steam you can cruise right back home at all-star speed. The best part? You don’t have to tell your friends you had any assistance at all! Of course you rode that fast on your own, why would they think otherwise?

Pedego bikes can be ridden with complete motorized assistance, some or none. Neighboring the right handlebar, you’ll find the hand throttle which operates the “pedal assist” mode. Here, you decide how much pedal assistance you would like the battery to provide, ranging between four levels and up to 20 miles per hour. Neighboring the left handlebar is a button that provides complete pedal assistance. The second best part? The battery holder is soldered, nearly undetectable, to the back of the bike frame. You can cruise down the path past all those dudes in spandex with only a bead or two of sweat on your forehead as they ponder how you’re possibly so fast. 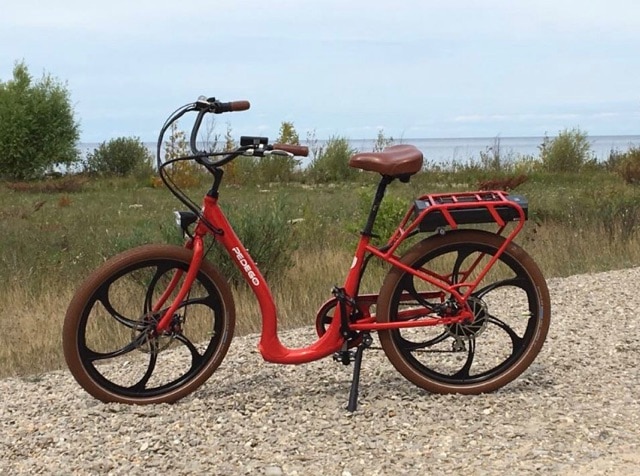 Where can I find Pedego Electric Bikes?

Bryan Newman already owns two shops in Southern California dedicated to selling, renting and educating people about “e-bikes,” and just a couple weeks ago Bryan opened a third location at 438 E. Mitchell St. in Petoskey. He plans to open a fourth in Traverse City—currently, he’s looking at locations near the Warehouse District.

“I got turned onto these bikes because I have a friend who had one and said, ‘Hey you’ve got to try this.’ At the time I was 32 years old so I kind of thought ‘Yeah, right—I don’t need an electric bike, I have plenty of energy.’ But after riding it, I fell absolutely in love and came to the realization that my idea of what an electric bike was is the total opposite of what it actually is.

“I then realized if I wanted to own one of these electric bikes and I didn’t directly need one or have any prior interest in owning one before I rode it, then I can only imagine how many other people would love these if they just had the opportunity to be educated on what the product actually is versus what they think it is. And that thought process led me to open my first shop in California.” 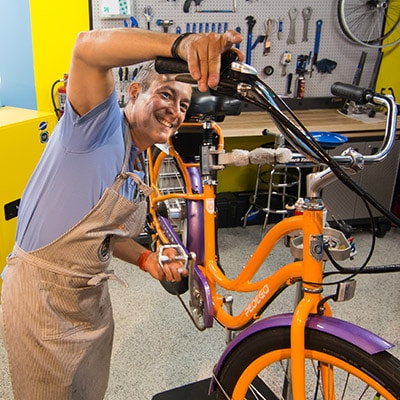 One day a man came into Bryan’s California shop and purchased a bike. While making his purchase, the man—who lives in Petoskey, Michigan—said to Bryan that he really must open one of these shops in Northern Michigan. At first, Bryan was uncertain. After a visit to Northern Michigan, however, he realized the area is, in fact, perfect for the introduction of electric bicycles. The proof: his new Petoskey store has already become the most successful Pedego store, out of 110, for the first month of operation.