Fire at Sea: A Stand Out Documentary at the Traverse City Film Festival 2017 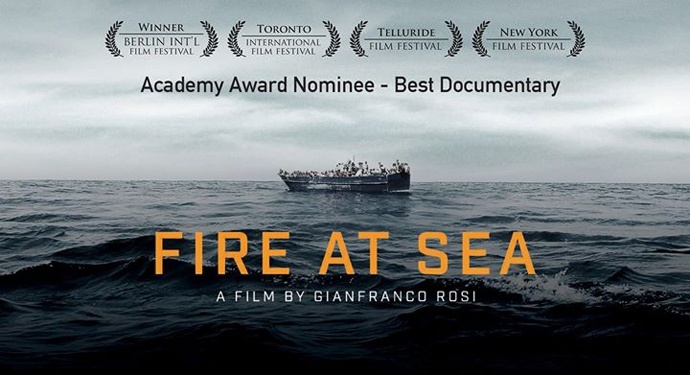 The style and storyline of this Italian documentary plays more like a fiction film; it’s unbelievable and beautifully crafted. Lampedusa, the center of the film, is an island 200km off the coast of Italy. Refugees fleeing from Africa, Asia and the Middle East to Europe often stop at the island, finding overcrowded and sickly conditions. Lampedusa has thousands of migrants pass through each year, receives distress calls when boats are sinking and is responsible for the thousands of migrants that get sick or die during the journey. This dangerous crossing is set against the ordinary lives of the islanders.

Twelve-year old-Samuele is one of the locals who is heavily focused on, a boy who loves his slingshot and playing on land, even though he is surrounded by the sea. His story is beautifully intertwined into the story of the migrants, enhancing the power and tragedy of the migrant crisis in comparison to his seemingly normal life on the very same island. His life isn’t easy, but he has everything the migrants have lost: a routine, freedom to wonder and a place to call home. 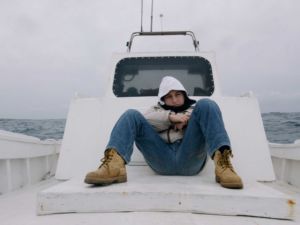 According to the film, an estimated 15,000 people have died taking this passage 0ver the past 40 years. While the film isn’t grotesque, it can be graphic with images of dehydrated, malnourished, burned and dead humans. The images, while hard to look at, speak to the truth of what people risk and live through in order to obtain basic freedoms. The documentary gets up close and personal with the emotions of the migrants and with the endless obstacles faced by these people trying to escape.

Director Gianfranco Rosi spent months living on the island, studying the culture and capturing the realities of the locals. By the end of the film, one comes to an understanding of the effect of the migrants on the islanders, though it is difficult to describe in words. Most documentaries focusing on a grim global issue such as this one often end with a hopeful message; not this film. Rosi is simply observing the island of Lampedusa, presenting what is real rather than forcing an uplifting conclusion.

Though the film leaves you mournful, you won’t want to end. The craft of the film absorbs you into its world. A fantastic addition to the Traverse City Film Festival, this film will bring awareness to the European Migrant Crisis.