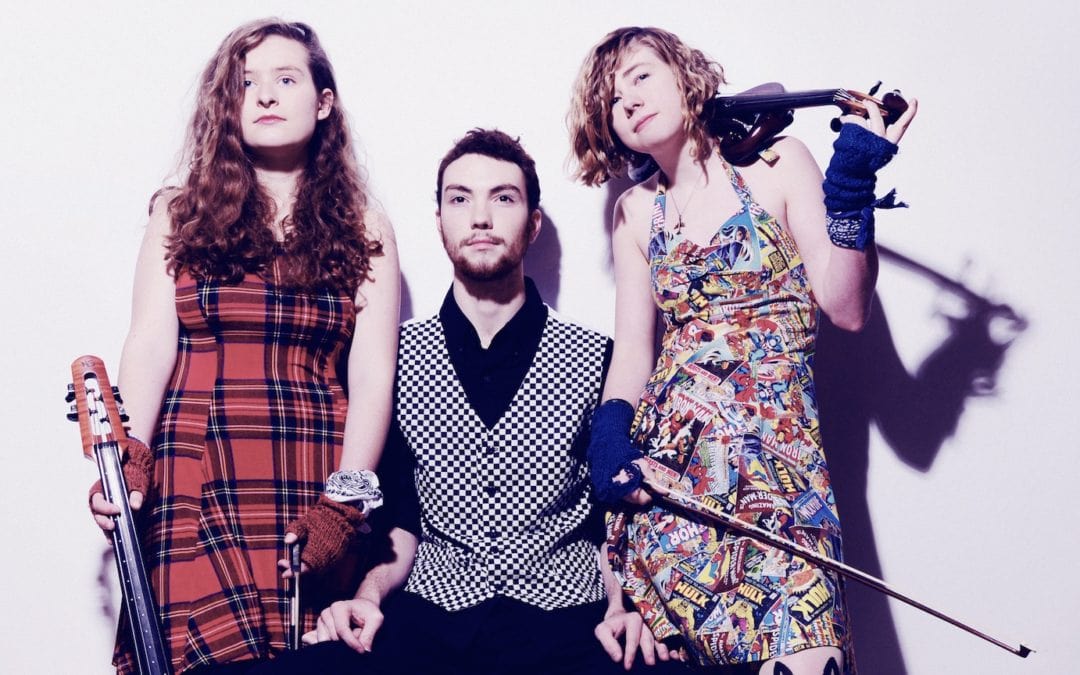 Gliding above the thousands of spectators and participants celebrating the DTE Energy Foundation Cherry Royale Parade will be The Accidentals atop the Traverse City Tourism float Saturday, July 8. The multi-instrumentalist group comprises Traverse City’s own Katie Larson with Savannah Buist and newest member Michael Dause. They will be performing live on the traveling float just before the summer release of their full-length album with Sony Masterworks. Recently named in Yahoo Music’s Top Ten Bands to Watch 2017, The Accidentals are eager to bring a musical spotlight to their hometown.

“We are super excited to break out our inner Ferris Bueller and play some of our favorite tunes while surfing the bed of a Cherry Festival float,” the band enthusiastically remarked. “We are lucky to live in such an incredibly beautiful area that supports art and culture—proud to be a part of it!”

Setting the stage for the indie-folk group is a Northern Michigan beach scene, complete with stand-up paddleboards and a banner prompting onlookers to sport #TraverseCity. When parade goers take a picture of the Traverse City Tourism float and post on Facebook or Instagram with the official hashtag, they’re entered to win a slew of The Accidentals merchandise, including a preordered signed album scheduled to drop this season. Contest winners will be notified via Facebook or Instagram the week of July 10.

The Cherry Royale Parade marks the final day of the 91st National Cherry Festival, an eight-day tradition that welcomes 500,000 visitors throughout the entire celebration. Former Festival Executive Director and current Traverse City Tourism President/CEO Trevor Tkach is looking forward to the hometown band representing the organization. “Our job at Traverse City Tourism is to share the story that is Traverse City,” Tkach wrote. “It’s beaches, friends, sunshine and a handful of cherries. When you listen to The Accidentals, Northern Michigan love is exactly what you hear and we at TCT couldn’t imagine a more fitting partner to represent us this year.”

The 2017 DTE Energy Foundation Cherry Royale Parade route begins at the intersection of East Front Street and East Grandview Parkway, travels south on Union Street and disbands at Thirteenth Street. This year’s parade takes place Saturday, July 8 from 11:15 a.m. to 1 p.m. and will be broadcast live on UpNorthTV channel 189.

The Accidentals will also be performing a special live set outside of MI Happy Place directly after the parade!

Photo(s) by The Accidentals