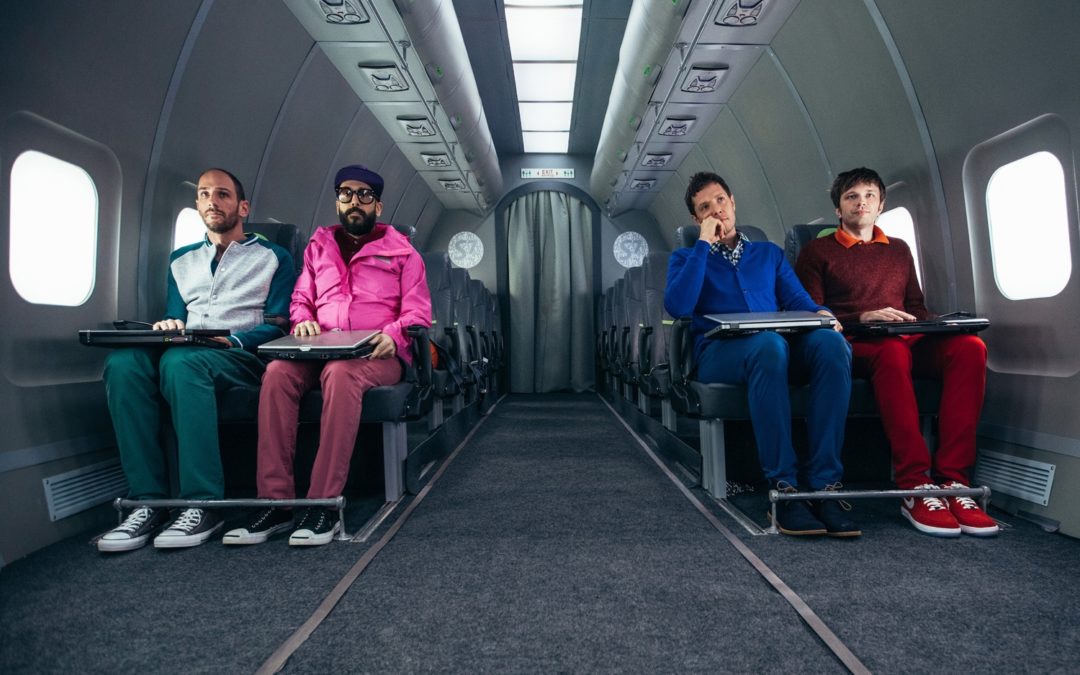 When Damian Kulash and Tim Nordwind met as preteens at Interlochen Arts Camp, they immediately hit it off. But they had no way of knowing that a quarter century later, their friendship would have blossomed into a partnership that’s the driving force behind the quirky pop band OK Go. The band is actually named after a phrase used by one of their instructors at Interlochen, who would give them direction on their assignment and then say, “OK, go!”

OK Go is known for its smart pop, sometimes compared with bands like the Strokes or the Cars, and for its sense of humor, both in its songs and music videos. 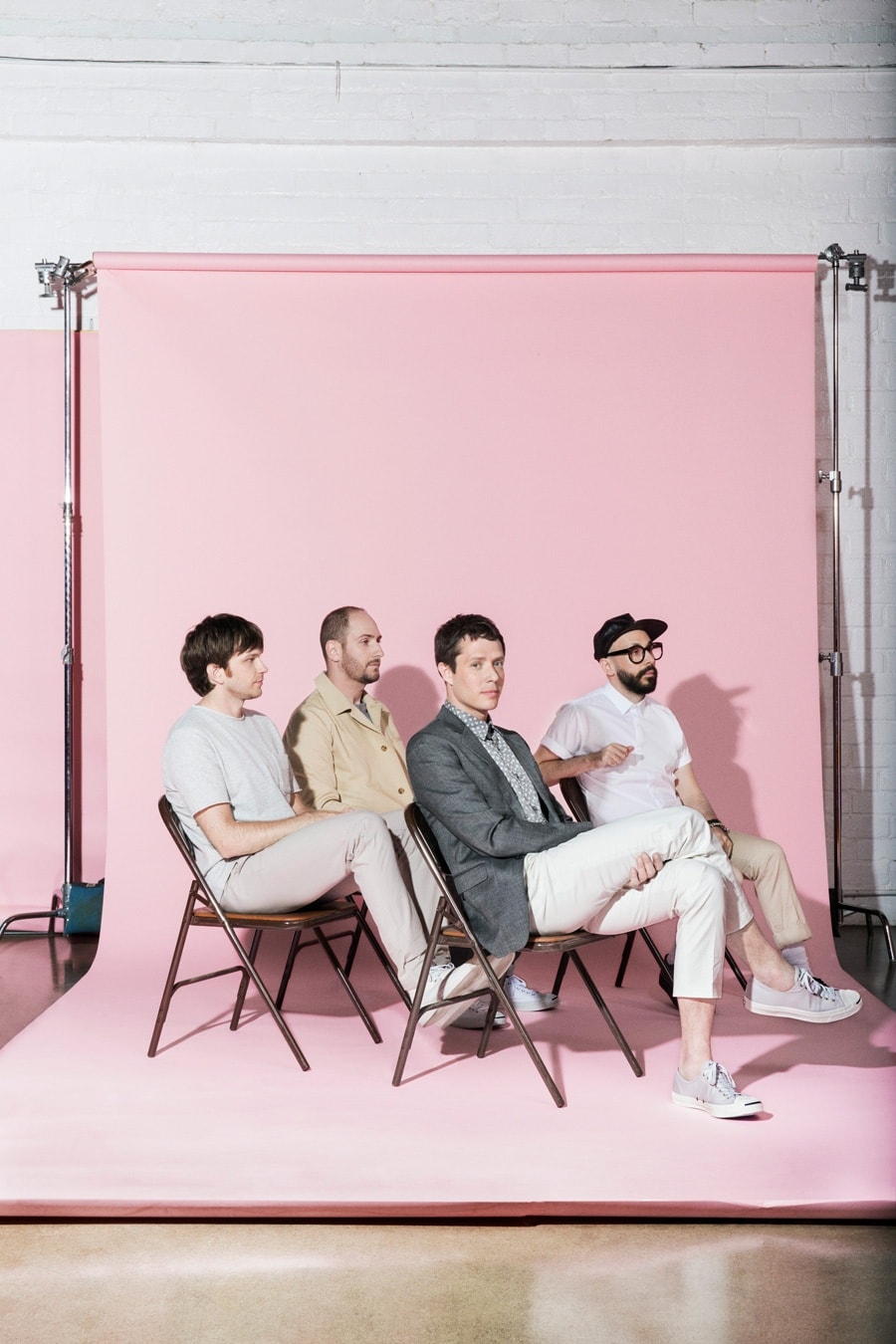 Lead singer Kulash agreed to do a Q&A with MyNorth in advance of the band’s upcoming appearance at Interlochen June 30. This is a slightly edited version of the conversation.

The band actually has its genesis from your time at Interlochen. Tell me about it.

Yeah, the bassist and I met at Interlochen in 1987 when we were juniors (campers). It was the first week of summer camp. We’ve been best friends for 30 years. We were 11 years old.

We didn’t start the band till 11 years later, in our 20s. I went to Interlochen for visual art and Tim went for musical theater. We wound up being performers.

Your videos have been seen worldwide, but it’s only been within the last decade that Youtube has taken over the world. There was a gap between the popularity of music videos on MTV and the like and Youtube. So you could have made it a couple decades ago or now.

We probably couldn’t have done this doing MTV ever. We don’t follow the MTV formula. Our videos are stand-alone pieces of art. MTV was advertisements.

There are pluses and minuses to it. You can’t hear “Material Girl” and not see Madonna coming down the stairs. You can’t hear Elvis without seeing his hips shaking or early Beatles without the shaggy haircuts. We’ve added such a specific (visual) element. I’m sure anyone who hears “Here It Goes Again” sees us on the treadmills. It (visual element) does the imagination job for people. I can’t think Harry Potter without seeing the movies. It’s not what I imagined when I read the books.

It’s just a change. A song exists in the abstract. “Here It Goes Again” changed with the treadmills. It’s not better or worse, it’s just changed. 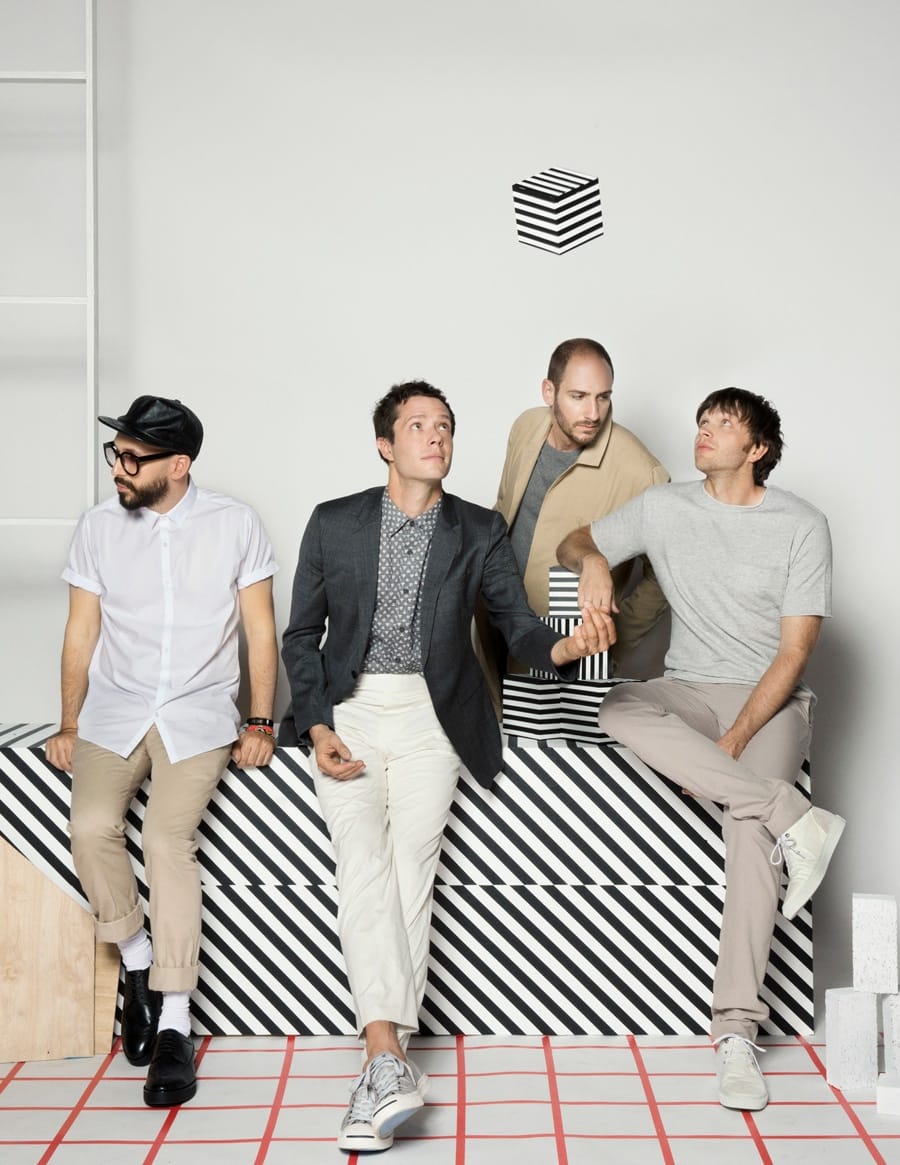 How would you describe your music?

Someone recently called it “arty party,” which I thought was good. It’s fairly smart pop music. We like our things to be satisfying and cathartic. We don’t like them to be pat or formulaic.

Who are some of the artists who have influenced you?

One we’re not stylistically similar to—Prince was always a huge influence. Purple Rain was the first album I ever owned.

Elvis Costello is a big one for me. The Smiths, the Pixies—there’s a strain of pop I find embraces joy in a non-ironic way. Queen, Cheap Trick, even sometimes the Cars. Those are some of the things I grew up on. Contemporary (groups), Spoon, the Flaming Lips.

You covered a song by (60s band) the Zombies (“This Will Be Our Year”). Is that band in your wheelhouse?

They’re a huge influence. It’s a different level of sound technology, our sonic palette is wider, but the sense of melody and type of music is similar. Odessey and Oracle is one of my favorite albums.

What’s it going to be like to go back to Interlochen?

I hope it’s going to feel amazing. I was blessed to have a very good education. We had a good art studio in high school. I can’t complain about the rest of the year, but the two months I spent at Interlochen for five years—that was the place I got to see some people with the same passions. High school, the athlete types wanted to be cool in a different way. I was into exploring creative boundaries. Interlochen is where my people were. It was amazing. The teachers changed my life. Our original guitarist, Andy Duncan, also went there.

You’d think I’d have returned, but I haven’t been there in 25 years. Now I’m going back as a performer on the Kresge stage.

Be sure to check out the July issue of Traverse Magazine for our story on several other Interlochen alums who have made it big in a number of different fields. Included in it will be an interview with Kulash’s sister, Trish Sie, who choreographed their video for “Here It Goes Again” and has been involved in numerous other films and videos, as producer, director and/or choreographer.