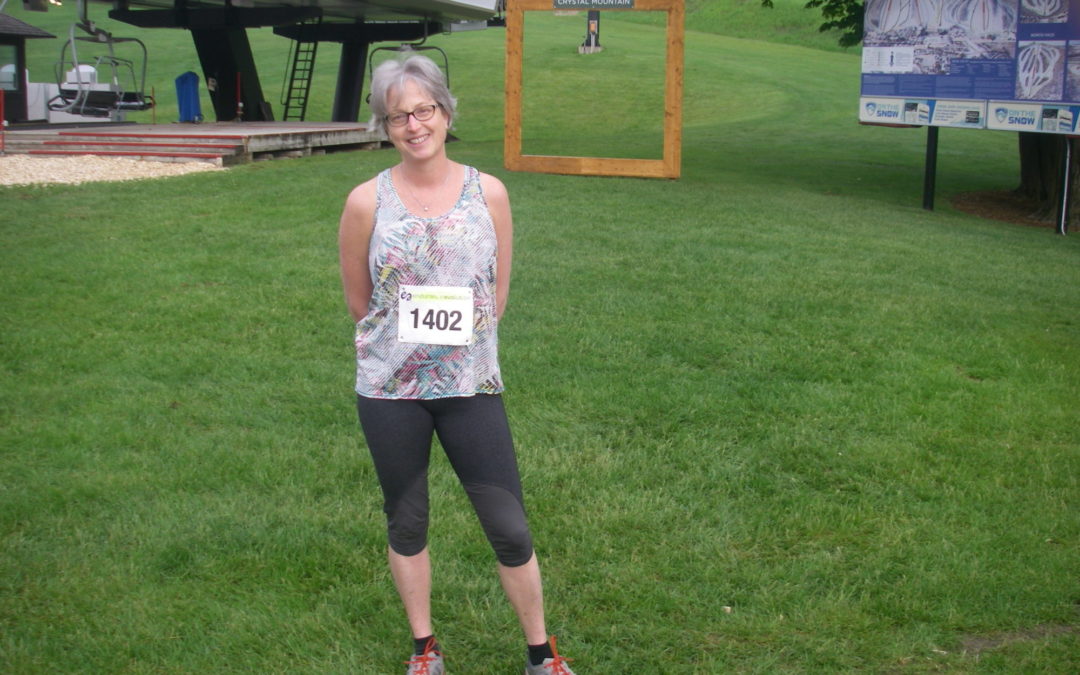 It’s amazing how we meet so many “winners” at the races. Today, we met our “winner” before the race started. Jean Mahoney, 53, of Crystal Mountain, is a personal trainer, teaching cancer patients how to confront their illness. She is a breast cancer survivor. Her previous 10K was days before her own radical mastectomy, 9 years ago. She teaches classes regarding lowering the risks of cancer through exercise. She loves running. You can learn more at her website, thejourneyprogramtc.com. Jean shares the following thought for folks going through cancer: “During treatment, it is hard to imagine good health after the disease. It is very scary. Meeting exercise goals brings great joy and life celebration which helps to beat cancer.”

The winners keep coming. Jordan Mozdzen, 29, ran with his wife, Alexandra, 28, of Houghton Lake. Alexandra runs because she has a family history of cancer, high blood pressure, and high cholesterol. Amy Krzyzanowski, 48, from Plymouth, has completed 45 marathons. Amy is a breast cancer survivor. The cancer was caused, in part, by stress. Amy won the downstate Race for the Cure, a race benefiting cancer cures. Amy says; “Never give up. Always move forward. Don’t look back.” Impactful words to live by from someone who knows.

Kim Poma, 45, from Manistee, has completed five marathons. Kim has a serious family history she is attempting to beat by running. Kim lost two grandmothers from cancer and her sister suffered a brain tumor. Her dad died at 63 and two grandparents died before age 65. Kim is fighting the good battle with exercise. John Swanson, 64, of Quincy, Michigan, has completed 75 marathons, including a 3:25 PR, and he is a finisher of the 50 States Marathon. I ran the last two miles with John and I learned he has heart disease and stroke in his family. John’s wife, Donna, 65, is also a 50 States finisher. She has completed “only” 94 marathons.

The Swanson’s relative, Mike Webster, 57, of Northville, finished 78 marathons. He started running after a motorcycle accident that left him with a severe compound fracture in his leg and a broken wrist. Mike thanks God he was wearing a helmet during the accident, which probably saved his life. After five major surgeries and lots of rehabilitation, Mike began running as additional therapy, and 78 marathons later, here he is at the North Mitten Races. Mike shares the following with us: “The harder you work in therapy, the better you recover.” Mike is proof of his words. Mike is a winner today.

We met a happy family, all of whose members took age group prizes. Kent Desjardins, 58, of Grosse Ile, runs for fitness. His wife, Victoria, 59, is running on a replaced hip, “with no pain,” she adds. Victoria also does yoga and rides a mountain bike. Monica Zaifl, 38, of South Lyon, walked with her daughter, Clair, age 7. Oh by the way, Monica is pregnant, and due in August. Monica shares the following; “Pregnant women should stay healthy and active. It’s better for the delivery and post-baby recovery.” Mike Wentz, 62, of St Louis, Michigan, runs to relieve stress caused by a divorce. He stopped smoking, lost 40 pounds, lowered his cholesterol and other blood measurements. Mike shares the following; “Get out and run. Running cures all ills.” And your author would be remiss if he did not tell you about his conversation with Duane Amato, 66, of Suttons Bay, and his son Nick. Nick was wearing his maize and blue shirt from the University of Michigan Triathlon Team, of which Nick is a proud member. Nick is studying Public Health and Business at UM. Did I say, “GO BLUE,” Nick?

Race Director, Janice Davidson, encourages you to join her winners at next year’s North Mitten Races on the beautiful Crystal Mountain course. You’ll feel like a winner. But remember to ask your doctor before starting an exercise program.

Mickey Fivenson, 75, of TC, is a stroke survivor. Mickey’s doctor gives credit to running for his survival. He is the former director of the National Cherry Festival Races. Mickey founded the Cherry Festival Golden Mile and Wheelchair Races. He completed over 60 marathons and holds a marathon world record with sons, Zack and Adam. He has trained 150,000+ miles in 48 years of running. He took first place in his age group. If you’d like tips on running, on marathons, if you have a story to share how running has impacted your life, or if you would like coverage of your race, contact Mickey through the editor. 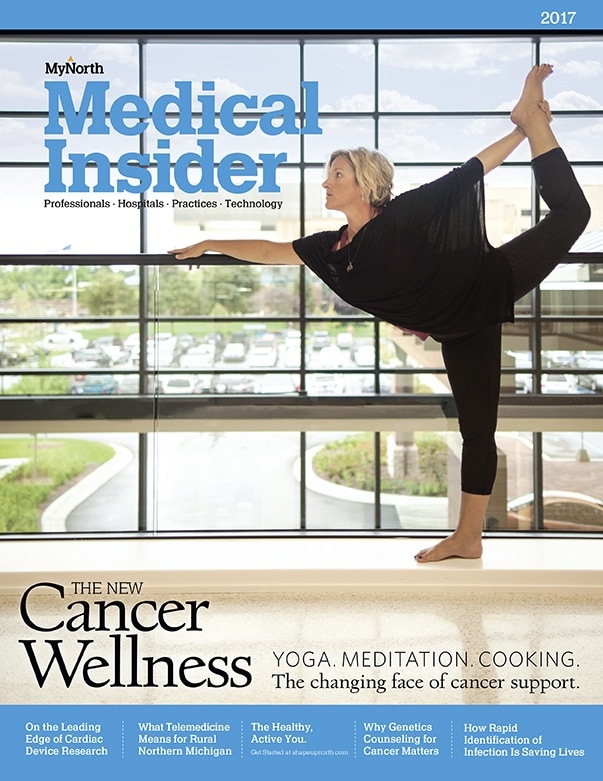