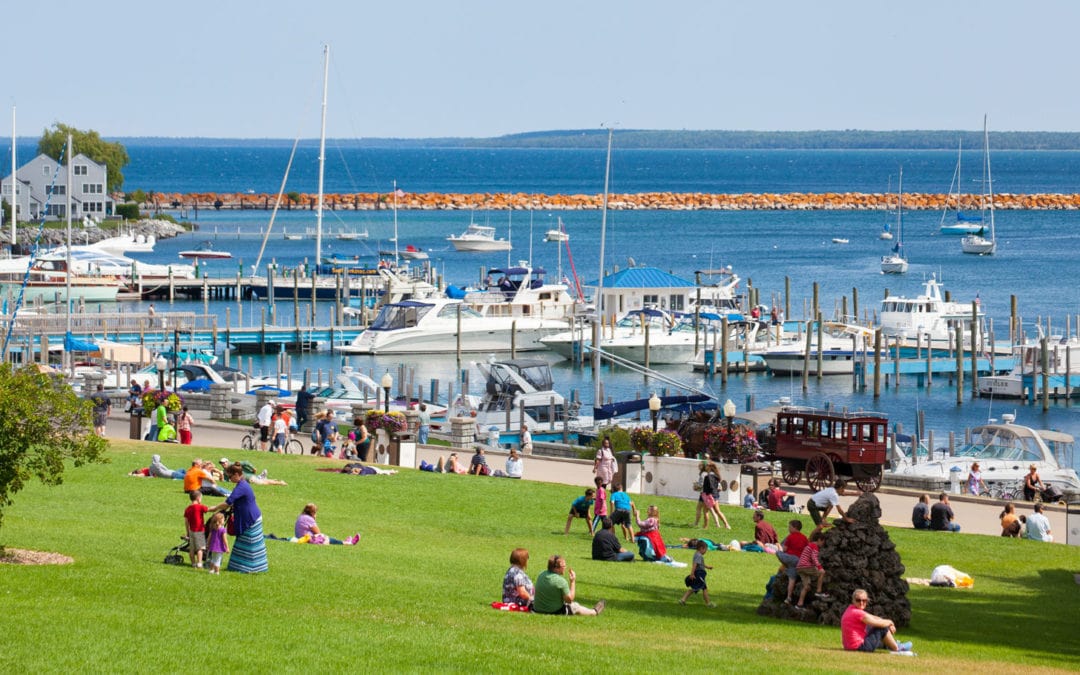 Ah, yes, island music. There’s nothing like it. But this isn’t about the head-bobbing riddims of reggae, mon, or the good-time grooves of Jimmy Buffett. Nope, this is island music Michigan-style, from northern Lake Huron.

Mackinac Island offers a host of sounds to lift the soul, the heart, and/or the body. Pianists of all sorts will tickle the ivories of grand pianos at venues across the island: Mission Point, Island House, Hotel Iroquois, Grand Hotel’s Jockey Club and Woods restaurants to name a few. Elsewhere, nightspots like the Pink Pony, Cawthorne’s Village Inn, Horn’s Gaslight Bar and the Mustang Lounge showcase guitarists, vocalists and rock and soul bands. To keep up with it all, check out the Mackinac Island entertainment calendar.

Plus there’s plenty more. Music in the Park takes place every Thursday evening on the lawn of Marquette Park at the foothills of Historic Fort Mackinac. The schedule includes folk, rock, country, blues and more.

Kicking things off June 22 is John Patrick Peters. His band is made up of some of the finest young musicians in the nation, all currently studying jazz at Michigan State University. The band’s sound, however, is not confined to that genre, bringing rock, pop and soul to the mix. The group covers the likes of Steely Dan, Stevie Wonder and Cee Lo Green.

Nashon Holloway takes the stage a week later. Described as a soulful songstress who’s a combination of Amy Winehouse and Corine Rae Bailey, Holloway’s performance credits include features on The Oprah Winfrey Show with David Foster, Jazz at Lincoln Center, Carnegie Hall, even Taste of Dubai. She recently released her first album, The Palace & The Hut.

On July 6, Rachel B and the Boys exchange Holloway’s jazz/funk/soul for a blend of jazz and R&B with a definite pop approach. The singer-songwriter was selected as the recipient of the prestigious Johnny Mercer Songwriting Award and Berklee’s Women’s Composer Award, and her magnetic stage presence has led her to perform at Chicago Symphony Hall, Berklee Performance Center, South Park Amphitheater, Flood City Music Festival and more.

The following several weeks feature Michigan-born-and-bred musicians. First up on July 13 is Allye Gaietto, a singer-songwriter based in Detroit. Her songs range from sparse and simple to intricate and complex, with influences including Joni Mitchell and Tom Waits, as well as modern hitmakers like Feist, Norah Jones and the Shins. The self-styled introvert’s eccentric, thoughtful jazz-influenced pop sung in a voice caught halfway between a shout and a whisper also brings to mind another reclusive singer/songwriter, folk legend Nick Drake. 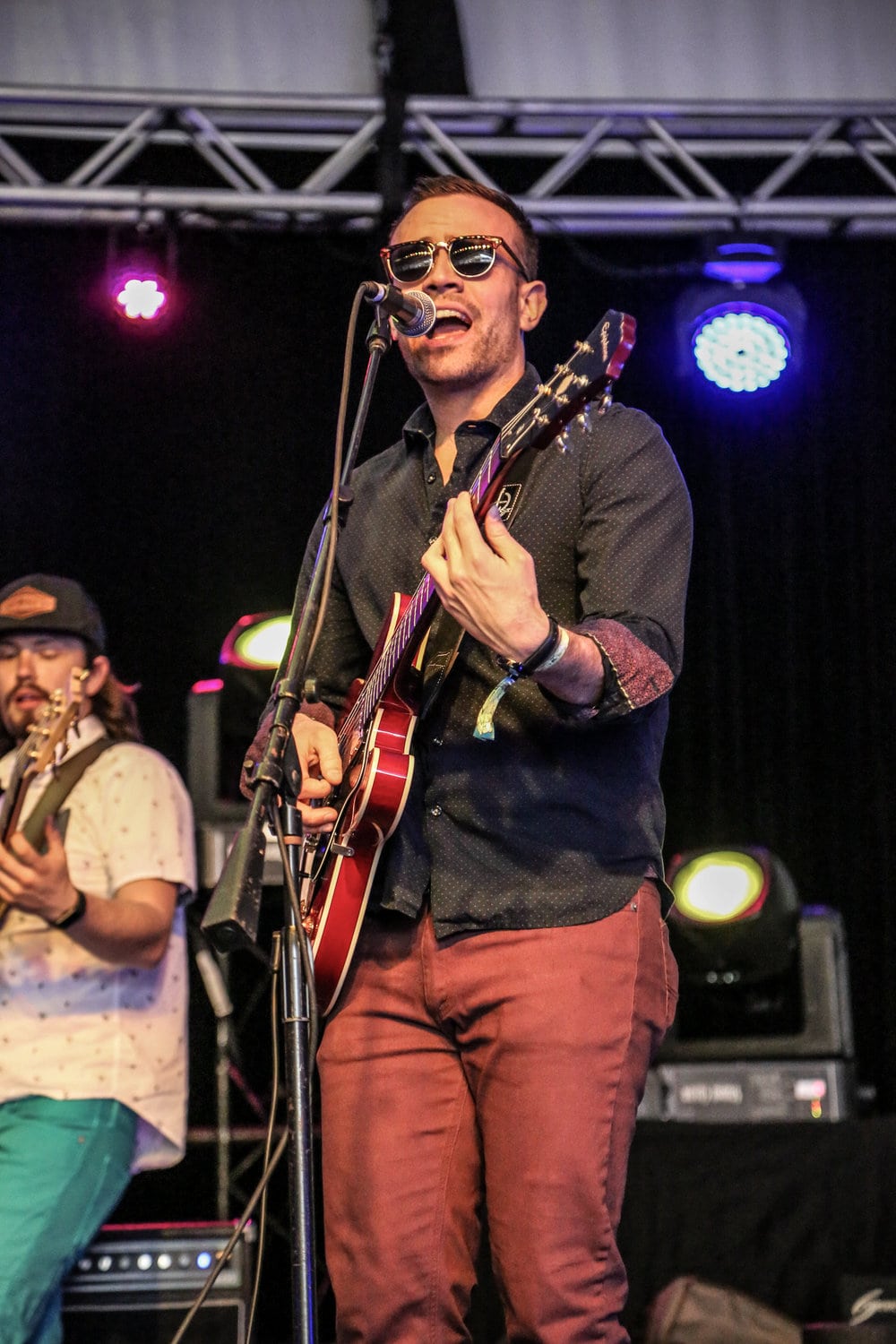 Traverse City’s Benjaman James is up next on July 20. With hot horns and heavy grooves, the singer/songwriter brings soul to his jazzy funk. A week later, Detroit’s Olivia Millerschin takes the stage, blending colorful folk, pop and soulful elements as on her two recordings. The winner of a John Lennon Songwriting Award was a quarter-finalist on America’s Got Talent and a finalist in both the Detroit Music Awards and the West Coast’s LA Music Critics Awards.

The Swift Brothers are not brothers at all, but longtime collaborators Dan Laird and Mark Collins. Their indie-styled, mostly acoustic music brings to mind artists like Mumford & Sons and The Lumineers. Holland’s Olivia Mainville and her band the Aquatic Troupe have garnered plaudits from LocalSpins.com, which extolls the virtues of their “experimental gypsy swing and folk.” Members of the Accidentals and the Appleseed Collective have contributed to her recordings. The Swift Brothers and Mainville perform August 3 and August 10, respectively.

Gifts or Creatures closes the season on August 17. The husband-and-wife duo of Brandon and Bethany Foote fuses Midwestern folklore, old world history and cinematic soundscapes into a unique Americana blend. The two are active members of Michigan’s Earthwork Music Collective, advocating for original music and environmental awareness throughout the Great Lakes region.

The concerts, organized by the Mackinac Arts Council, start at 7 p.m. and are free of charge. Bring a blanket or lawn chair for comfort, and picnic foods are welcome as well.