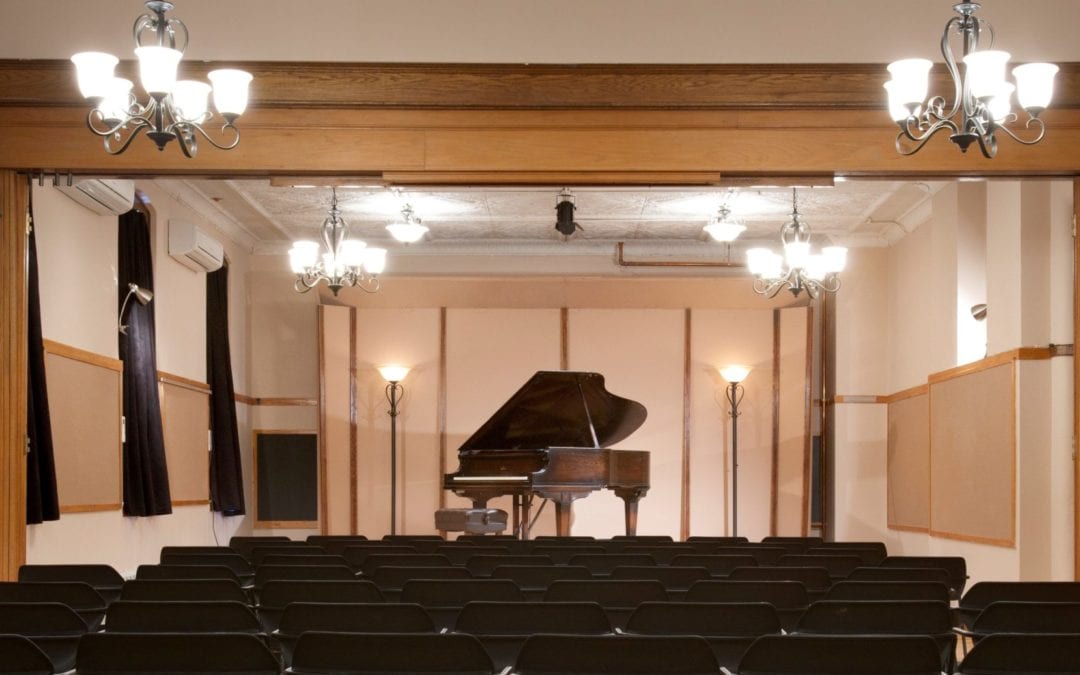 The festival consists of three performances: Gryphon Trio, Ralph Votapek, and Summer Serenade (see below for a brief description of the performers). Tickets are for all three concerts are sold together as a package for the best value, and can be purchased online here. Individual performance tickets are available as well.

After each concert, the audience will have the opportunity to meet the performers during an informal “talk-back” in the concert space, followed by an on-site Afterglow Reception.

Now in its 23rd year, the Gryphon Trio has impressed international audiences and the press with its highly refined, dynamic performances and has firmly established itself as one of the world’s preeminent piano trios. With a repertoire that ranges from the traditional to the contemporary and from European classicism to modern-day multimedia, the Gryphons are committed to redefining chamber music for the 21st century.

I’ve know the Gryphons for almost 30 years and have wanted to bring them here for many years, so I’m very excited that it is happening this summer. They play many different styles, from the traditional classical repertoire to contemporary works. The passion and refinement they put into their playing really makes the music come alive. –Carl Donakowski

The LSMF staff are extremely pleased to present pianist Ralph Votapek performing a solo recital. He is familiar to Northern Michigan audiences having recently performed with the Traverse City Symphony. Winner of both the Van Cliburn and Naumburg competitions, his brilliant and poetic interpretations have been heard around the world in an international performing and recording career spanning over five decades.

With concerto appearances abroad ranging through London, Lisbon, St. Petersburg and into the Far East, Mr. Votapek has made a special commitment to Latin America, where he has toured every other year for more than 42 years, performing in Buenos Aires, Rio de Janeiro, Asuncion, Montevideo, Sao Paolo, Lima, Caracas, Santiago and numerous smaller cities. Mr. Votapek is equally celebrated as a solo recitalist throughout four continents: in New York alone, he has performed repeatedly at Carnegie Hall and Lincoln Center. Guest appearances with the Juilliard, Fine Arts, New World and Chester String Quartets are highlights of his extensive chamber music experience.

Instructor of Viola at Interlochen Arts Academy from 1973 until his retirement, David Holland is now on the faculty at the Quartet Program at Bucknell University in Lewisburg, PA. A founding member of the Aurora Quintet he has performed with the Interlochen, New World, and Stradivari string quartets.

Carl Donakowski pursues a distinguished international career in Europe, Asia, and the Americas. Early in his career, he was a finalist in the Mendelssohn Competition in Berlin. Since then his recital performances have been enjoyed at the Kennedy Center in Washington DC; Merkin Hall in New York City; and aired on WQRS Detroit, WQXR New York, and Südwestfunk Baden-Baden. He has performed at the Manitou, Fontana, Staunton, Tanglewood, Bay View, and Beethoven music festivals.