Music. Food. Natural beauty. For Carl Dhaseleer, they all come together at his home south of Charlevoix. “I grew up on the family farm,” he says. His grandparents purchased the farm in 1925; the homestead and barn were built over 50 years prior. “We used to raise dairy cattle, then got into produce,” he says.

He and his wife Cornelia stepped away from the family business for a while. When they decided they wanted to revive the farm, they knew they had to do something more than simply raise vegetables. Thinking outside the box, the Dhaseleers decided to diversify beyond traditional farming. “We got into agri-tourism. The farm has a nice layout and it works very well,” Carl says.

That was just the start. They repaired the barn, originally built in 1874, and determined it was suitable for hosting events: Weddings and receptions, a farm-to-table dinner, even musical performances. “We started a concert series 12 years ago,” Dhaseleer says of what is now known as the Black Cat Music Series at the renamed Dhaseleer Events Barn.

This year they partnered with musician/promoter Jamie-Sue Seal, who introduced them to some new musicians. “Because the farm has gotten so busy, it’s been hard to keep up. We got some help from Smokin’ Sleddog Records and Jamie-Sue Seal. We do a lot with Earthworks Music group (home of Seth Bernard, May Erlewine, Joshua Davis and other Michigan-based roots-type musicians). She knows other musicians we don’t know,” Carl says.

The partnership kicks off Sunday, June 11, with a performance by the Nashville-based, husband-and-wife team of guitarist Pat Bergeson and vocalist Annie Sellick. Their stylistic mélange of cabaret, jazz, standards and originals is an outgrowth of the duo’s musical paths. 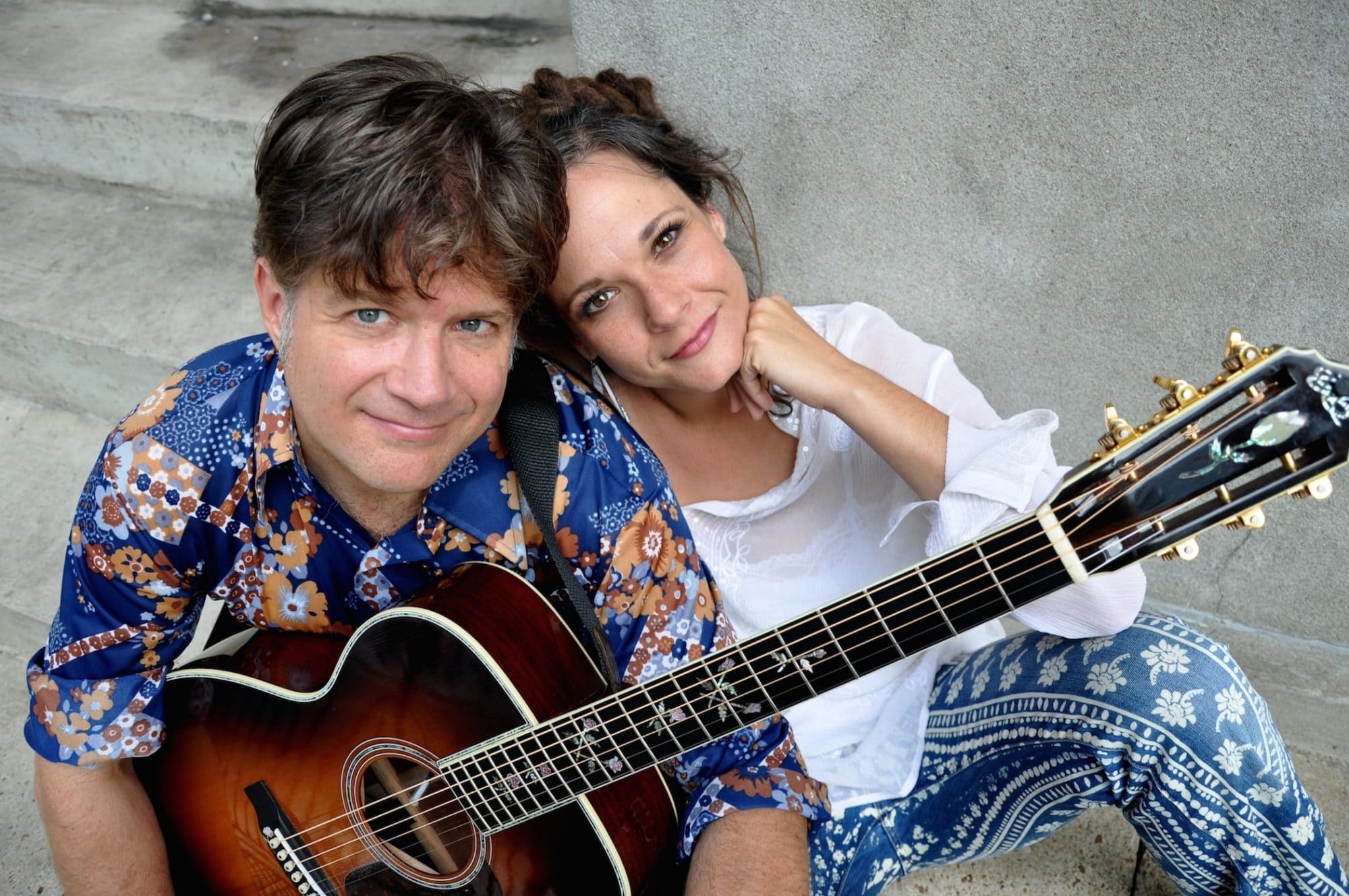 Bergeson is best known for his live and session work with the likes of Chet Atkins, Lyle Lovett and Suzy Boggus, but he’s also played with jazz performers Chuck Loeb and Bill Frisell, Sixpence None the Richer and numerous others from across the musical spectrum. He’s also a member of Les Brers, made up primarily of Allman Brothers Band alumni.

Despite growing up in Nashville, Sellick admits she hated country music. In fact, she had no intention of pursuing a career as a performer until sitting in with a local guitarist while at college and bringing the house down. She’s since gone on to work with Beegie Adair, Jeff Coffin, Bela Fleck, Gerald Clayton and Taylor Eigsti. Both have worked with Australian fingerstyle guitarist Tommy Emmanuel.

The next show is July 9, featuring the bluesy sound of John Latini and the Flying Latini Brothers. The Detroit-based band has garnered airplay across the nation and numerous awards. The same is true for singer-songwriter Jill Jack. The winner of over 40 Detroit Music Awards performs August 6.

Turbo Pup follows a week later. It combines string traditions and modern sounds August 13, with all original music. The Charlie Millard Band melds the styles of such artists as Tom Waits and the Kinks into an indie-Americana style all its own at its show October 1. Tickets and information on all the shows are available. 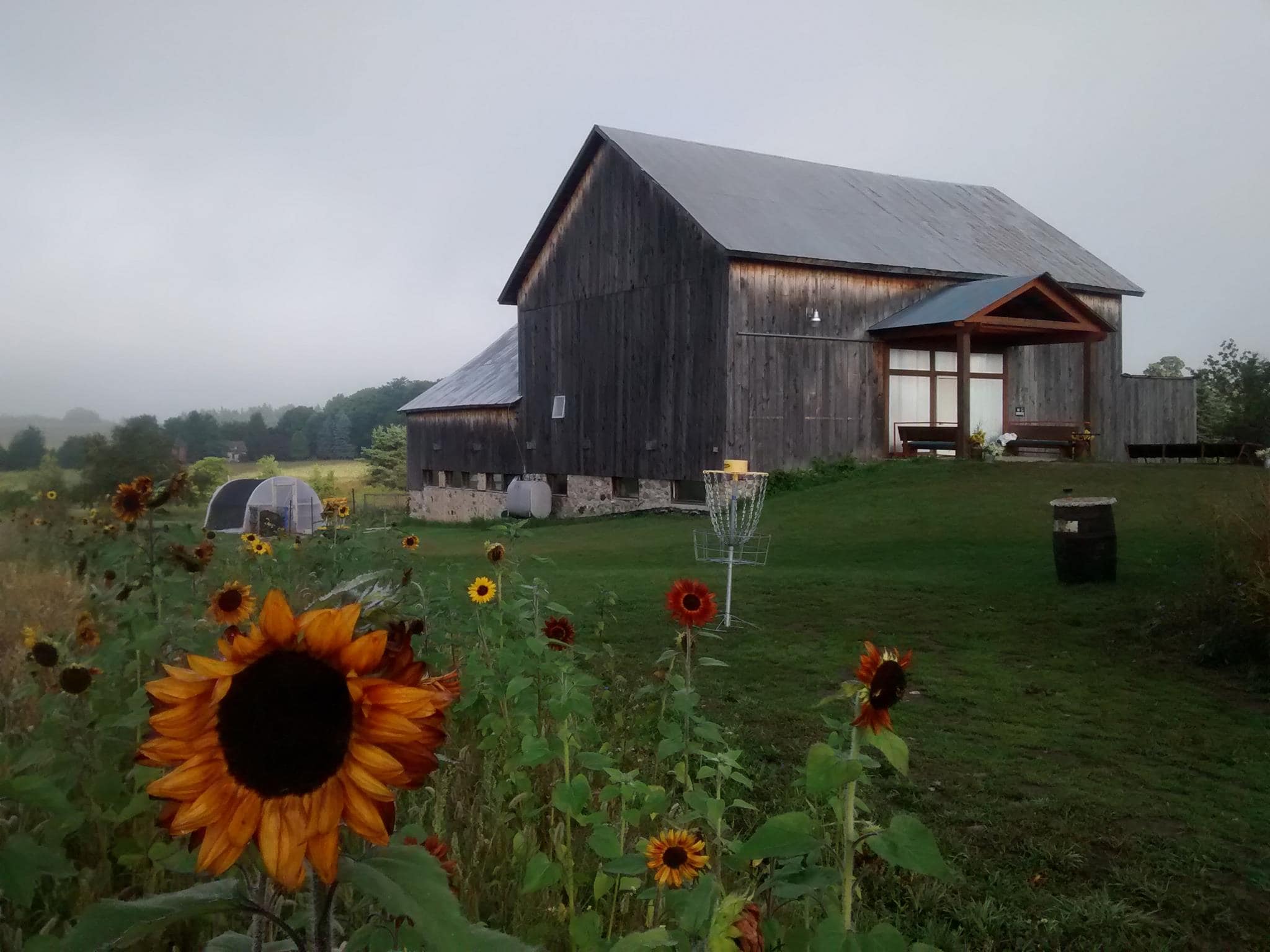 Dhaseleer says the farm-to-table dinners have also been a favorite of attendees, with more than 100 people at the previous year’s affairs. “We try to do one every year. We use as much as we can from the farm. The last couple years we had four-course dinners,” he said. “This year we’re looking for a new chef. We haven’t scheduled one yet for this year, but we hope to do something in August.”

Meanwhile, the wedding business continues to grow. “This year we have 18 weddings scheduled,” he says. The farm offers three outdoor ceremony locations, and Dhaseleer says they have added an events tent for this year. It will seat up to 300; the barn seats up to 200 people.

The Dhaseleers aren’t done. “We’re putting in a flower garden. There’s row after row of flowers, and they’re 150-foot rows. It looks really nice.” They hope to provide flowers for the weddings as well as an attractive background.

Dhaseleer is happy to provide numerous ways for the community to connect with its agrarian roots, whether through its offerings at local farm markets—they go to four local farm markets a week—or events at the farm itself. He’s also hopeful that one or more of his three daughters will take up the mantle and carry on the family tradition. “My whole goal is to get the farm sustainable enough for the next generation to keep it going. It’s three generations now, and we’re hoping the next generation can show some interest,” he says.