The Coast Guard rescued a pregnant deer found trapped in the rocks on the edge of Manistee River near Harbor Village, Michigan, Wednesday morning.

The Coast Guard does not routinely rescue animals, however, due to the proximity of the public the crew rescued the animal before a member of the public could be hurt trying to do it on their own.

Early Wednesday morning, the crew at Coast Guard Station Manistee, Michigan, was underway on the Manistee River for routine training when they spotted a deer struggling to free itself from the rocks on the edge of the river. The crew moored the boat, pulled the deer free of the rocks and carried her to a nearby field. 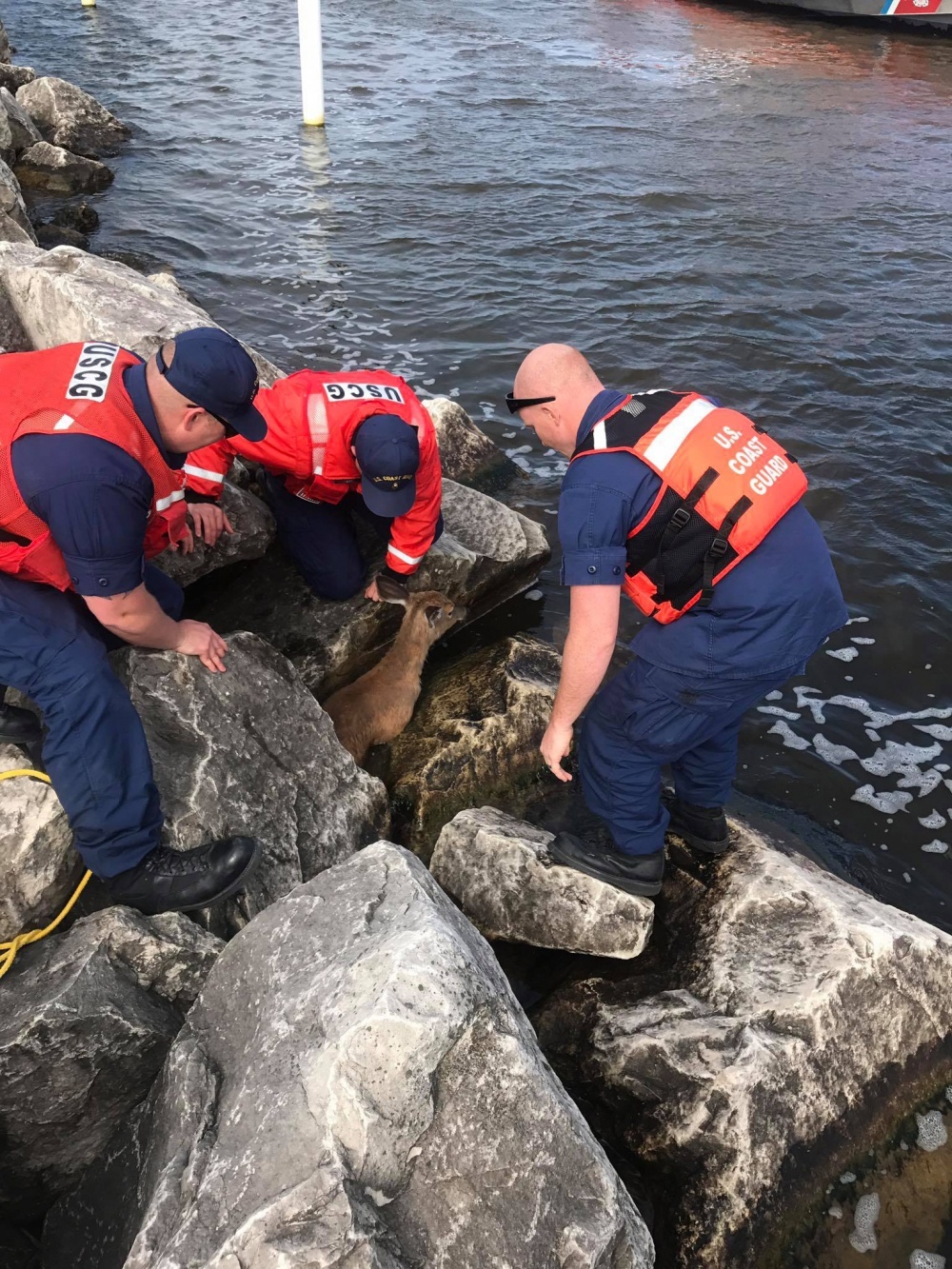 The crew checked the deer for life-threatening injuries, and that is when they realized she was pregnant. The crew reports she had only small scrapes. After making sure the deer was in good condition, the crew continued with their training on the river.

The crew has also notified Michigan Department of Natural Resources and the local sheriff’s office of the event.

“Knowing how much people love animals and want to help them, we decided to rescue the deer before a person without rescue training could get hurt,” says Petty Officer 3rd Class Adrian Ledesma, a member of the rescue crew. “It was also a good case for our newer members to be a part of.” 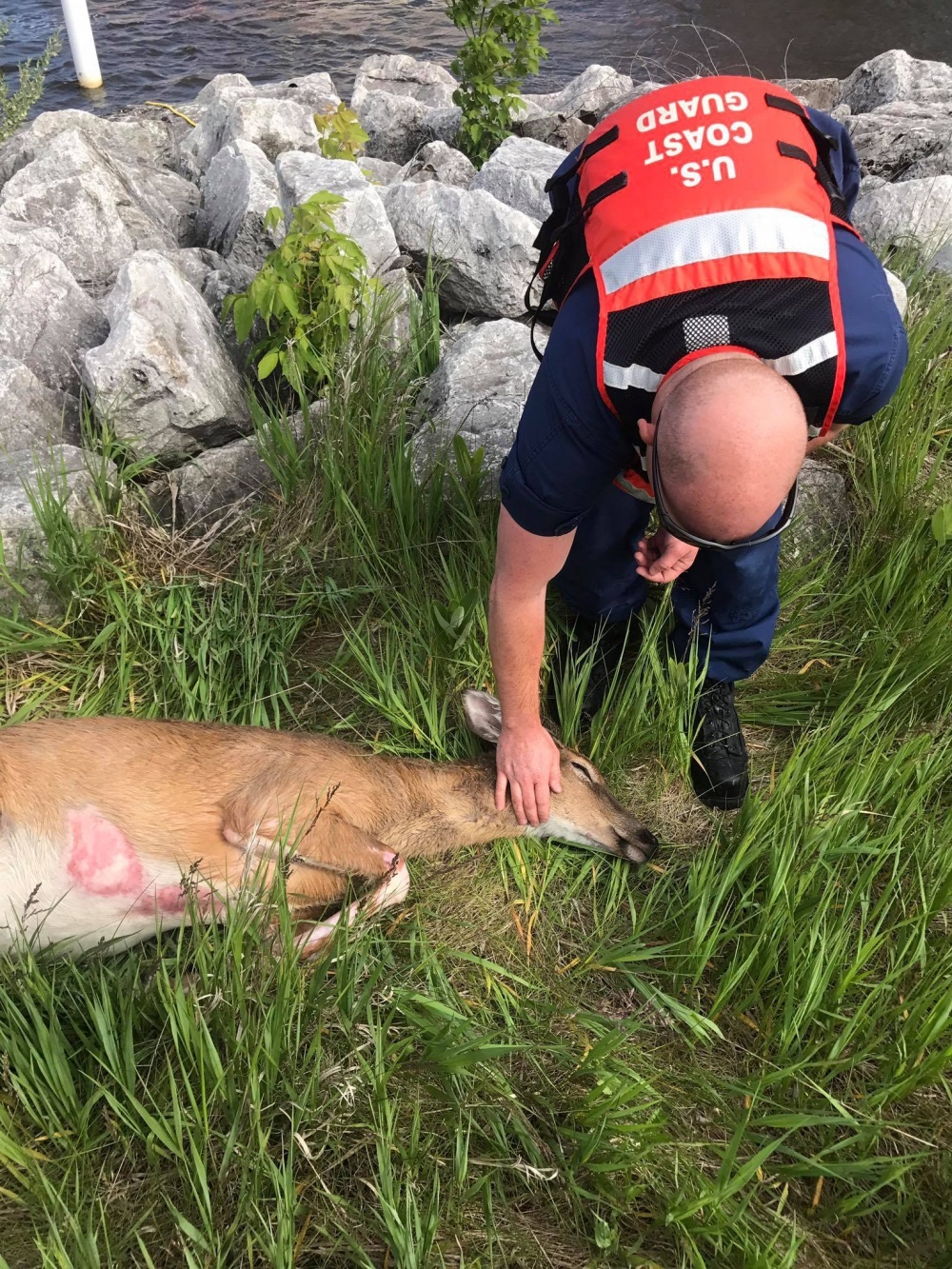 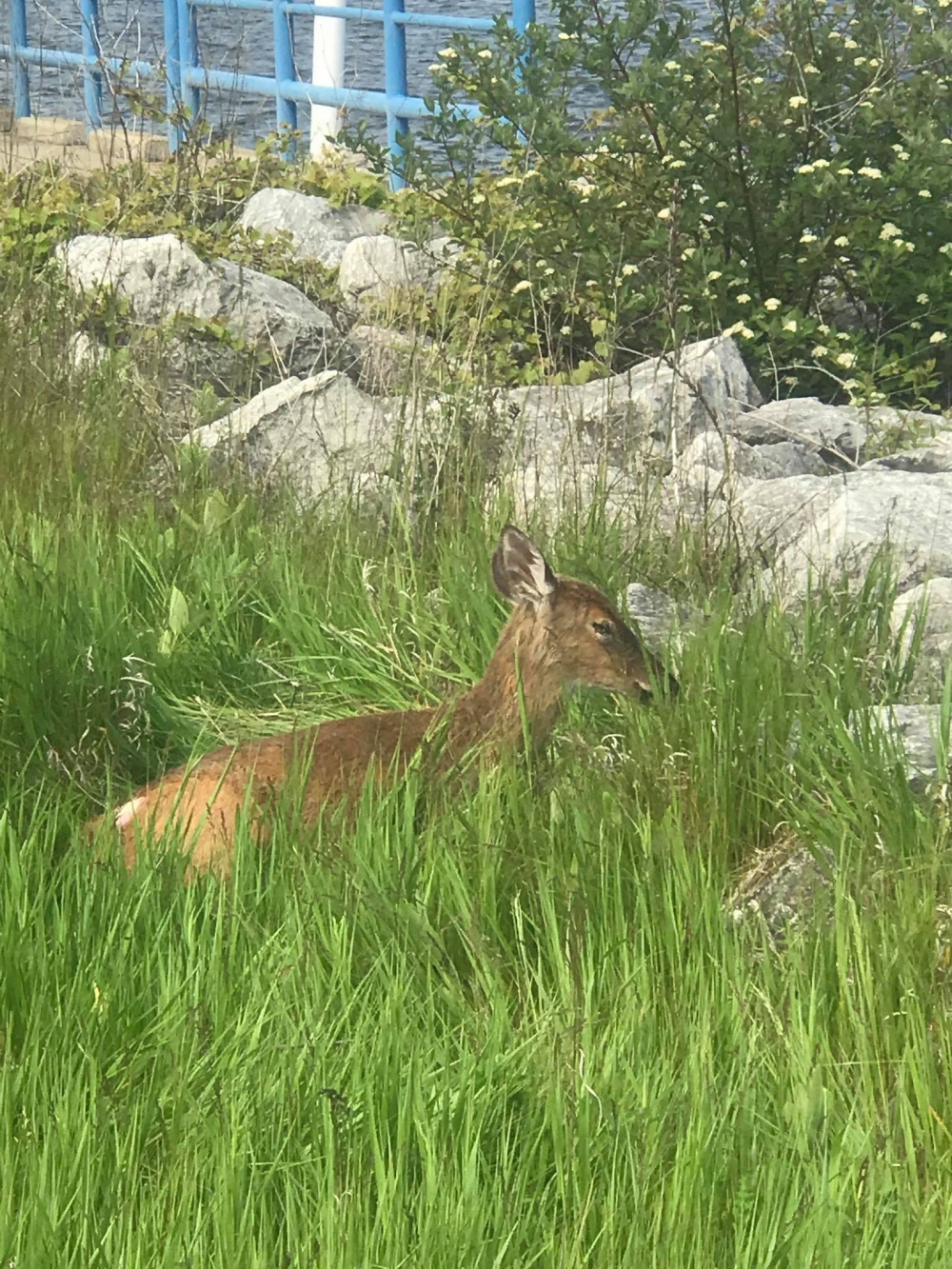