Traverse City Rotary Show, a Community Tradition of Giving Back 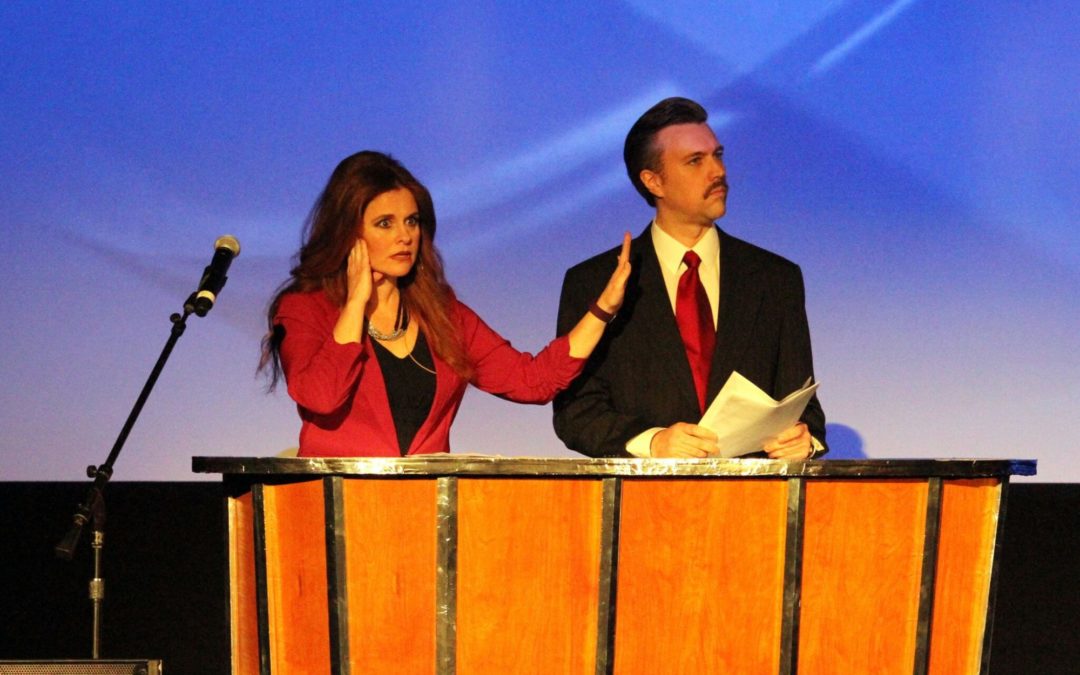 A Traverse City tradition returns Wednesday, April 27. The Traverse City Rotary Show features music, comedy, and stops in between, all in the name of raising funds for various community endeavors. School programs, scouting, museums, mentoring programs, community gardens and assistance with food and clothing programs are among those which have been funded in part by the monies raised by the show. Last year the show raised nearly $69,000.

Phil Murphy, the executive director at Old Town Playhouse, has been involved with the show for a number of years. He says late DDA Director Bryan Crough first approached him. “He said, ‘You should come to these meetings (about the show).’ I wasn’t a Rotarian. I went to the meetings, got to know them, had some fun, then became a Rotarian.”

As Murphy tells it, it was all downhill from there. Crough was the director of the show, but told Murphy that as the next President of Rotary he wouldn’t have time to do it the following year, and why didn’t Murphy take it over just this once. That was more than a dozen years ago, and Murphy still sits in the director’s chair. “I tried to give it back, and he wouldn’t take it,” says Murphy with a laugh. 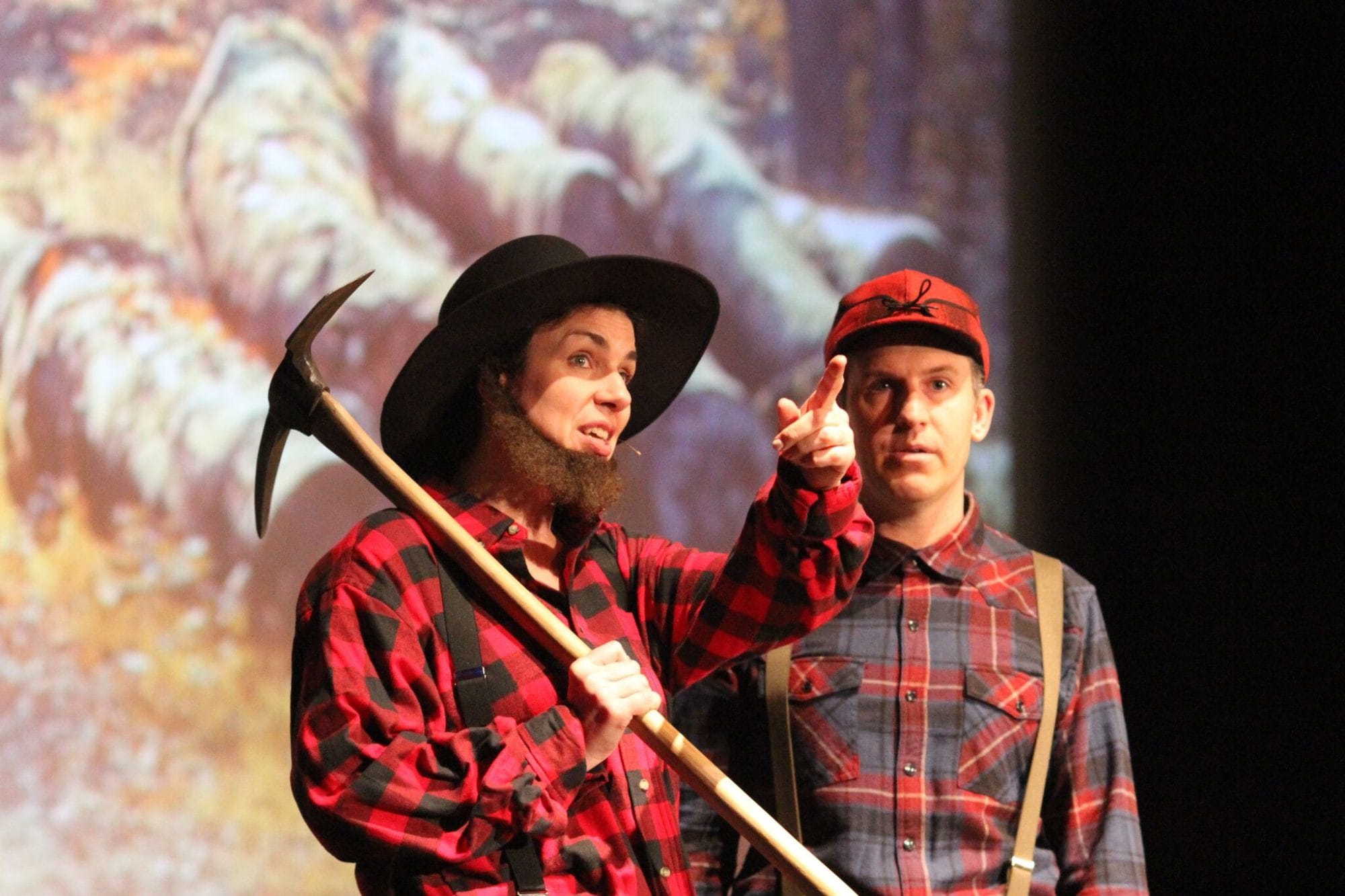 Trevor Tkach, President of Traverse City Tourism, joined the noon Rotary Club five years ago. He became chair of the advertising sales committee, a role he embraced as the ad sales generate thousands of dollars. He says people and businesses see the association with Rotary and the show to be beneficial. “The money goes into the Good Works fund, and they (advertisers) like to be aligned with this brand,” he says.

Then last year the hammer dropped. He’d be going on stage for the first time. While he’s comfortable speaking before people as part of his job, this was something different. “It got me out of my comfort zone. I don’t mind presenting to a large group. But remembering a script—it was fun, exhilarating, scary.”

Fortunately, he was doing it with a good friend, Deb Lake of the Traverse City Film Festival, who had written the skit. “She would help me through it, threw me a lifeline (when it got off track).” Tkach will be out of the country during this year’s show, but not to worry—he’s pre-recorded his contribution to the show, and looks forward to contributing live onstage again. “I would like to be back at it when I’m available,” Tkach says. “It’s part of Traverse City history. You make fun of yourself and let your guard down. It’s a real honor to be onstage.”

Mike Hunter arranges the music for the show. That includes three medleys during the program which feature the chorus and band, as well as opening and closing pieces. He says the process of selecting the songs around a theme begins months before the show’s debut. “We kick around ideas starting in late July or August. Each medley has about seven songs, whittled down from 30-plus. It has to be recognizable and entertaining,” he says.

Sometimes the songs are done straight, other times the lyrics are—umm, tweaked, a la the Capitol Steps. “It used to be all were parodies, then they said they’d like to do the songs without parody lyrics. This year there’s one parody medley,” Hunter says. 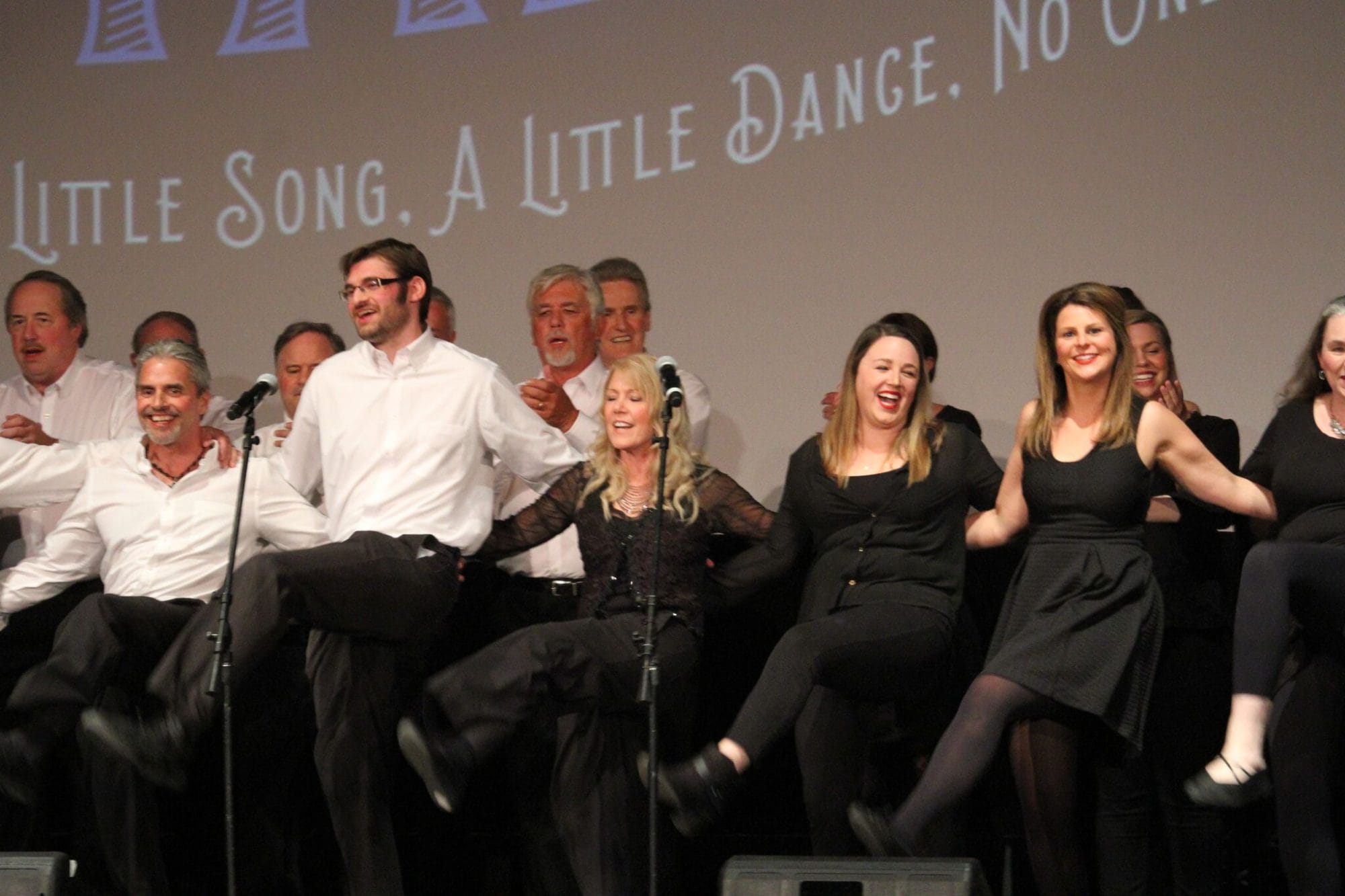 Phil Murphy says the show has changed over the years, as the group has changed, with new, younger members joining Rotary. “What I see now as the face of Rotary is changing, so is the Rotary show,” says Murphy. “The material has changed. The chorus does newer songs—like from the 50s,” he says with a laugh. What the show dubs “Real Talent” is also a part of the program, with area entertainment professionals a part of the proceedings. The songs and skits are more universal and there are fewer in-jokes, appealing to a broader audience.

That’s important, because as the area has grown, so have other entertainment opportunities. There was a time when the Traverse City Rotary Show was not just the hottest ticket around, it was the only show in town. Now there are movies galore, shows at Interlochen, Milliken Auditorium and the City Opera House, and live music at other venues. Even if there’s not a direct conflict with the Rotary Shows, all of them are vying for people’s entertainment dollars. “There’s competition now,” Murphy says.

Murphy says the show, which runs four nights, is now completely scripted. “It used to be very loose. Now it’s structured. The expectations have changed,” he says. “Now it’s broader based, with a broader appeal. It’s family entertainment.”

And it’s all for a good cause. While Rotary Charities fund programs through its investments on a large scale, typically $5,000 grants and above, the Rotary Show funds the Good Works funds, which assist smaller community endeavors. “The goal is to raise money for Good Works,” says Murphy. “If a school needs a new playground that costs $1,500, Rotary Good Works is where you go.”