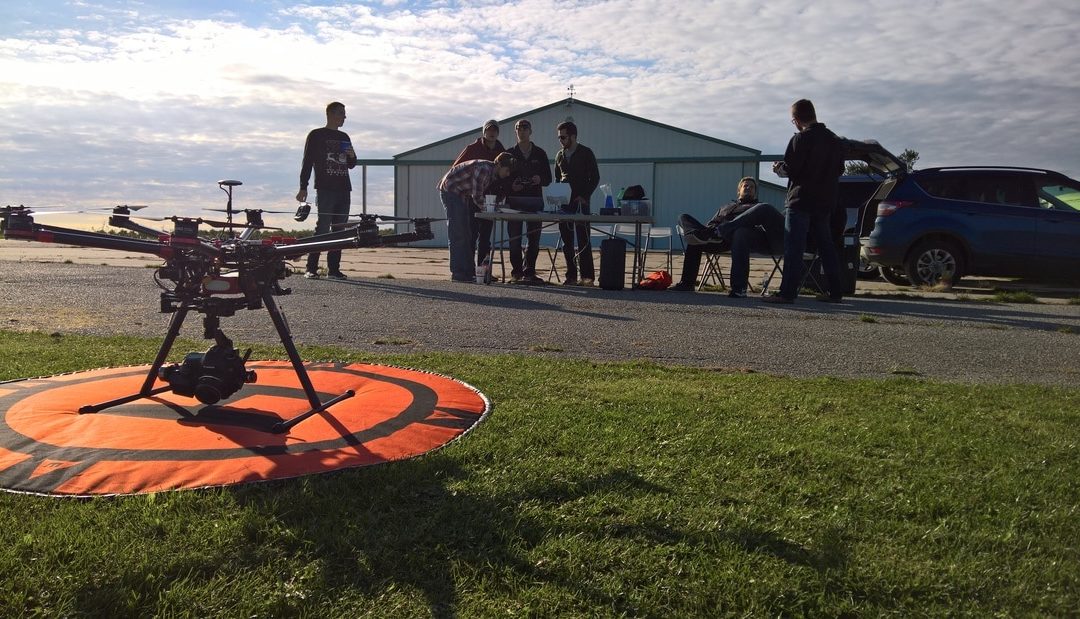 It’s a bird! It’s a plane! No, with apologies to Superman—it’s a drone! Enthusiasm for the unmanned aircraft continues to grow, as do sales. With prices as low as $40, it’s easy to get in on the fun.

What’s the draw? For some, it is indeed the fun and adventure of sending the craft aloft and trying to guide it without running into trees or the dining room chandelier. But many are seeking their fame and fortune from the sky, using drones to capture images that aren’t otherwise available. From real estate to battling plant invaders, drone operators are finding that an eye in the sky can translate to cash in the bank.

Greg MacMaster was one of the first on the drone scene. The former state representative was also a FAA certified pilot and knew about aerodynamics from his stint as a television meteorologist, which also gave him skills in commercial production. He saw the potential to combine his skills and interests by using drones in the real estate industry. So he and his wife Kim formed Eagle Eye Drone Service.

MacMaster saw the potential for using drones for virtual tours of properties to help real estate agents better market listings to the public. They can fly over the property, zoom in to areas of interest, such as nearby waters, then do the same indoors. “We took the video and stills and sound and integrated it into the software,” MacMaster says. One of the things he’s most excited about is the way the video and sound complement one another. As a person turns to face the source of the sound, whether it be the birds outside or the TV playing in the next room, the sound becomes louder. Eagle Eye’s recent advances allow for that as well.

Dennis Wiand found his interests in photography and the environment dovetailed nicely with the skills of Rob Dreer, a licensed pilot who works in the NMC aviation program and drone instruction program. They formed Zero Gravity Aerial and have worked with various lake associations to map where invasive species are proliferating so they can be eradicated.

The advantages of this application of drones are obvious. Seeing lakes from above allows Wiand and the lake associations to pinpoint where the plants are, even if they are below the surface of the water. They’ve worked with Long Lake in Grand Traverse County and have been in contact with lake associations from across the region: Burt Lake, Crystal Lake, Glen Lake, even the Tip of the Mitt Watershed. 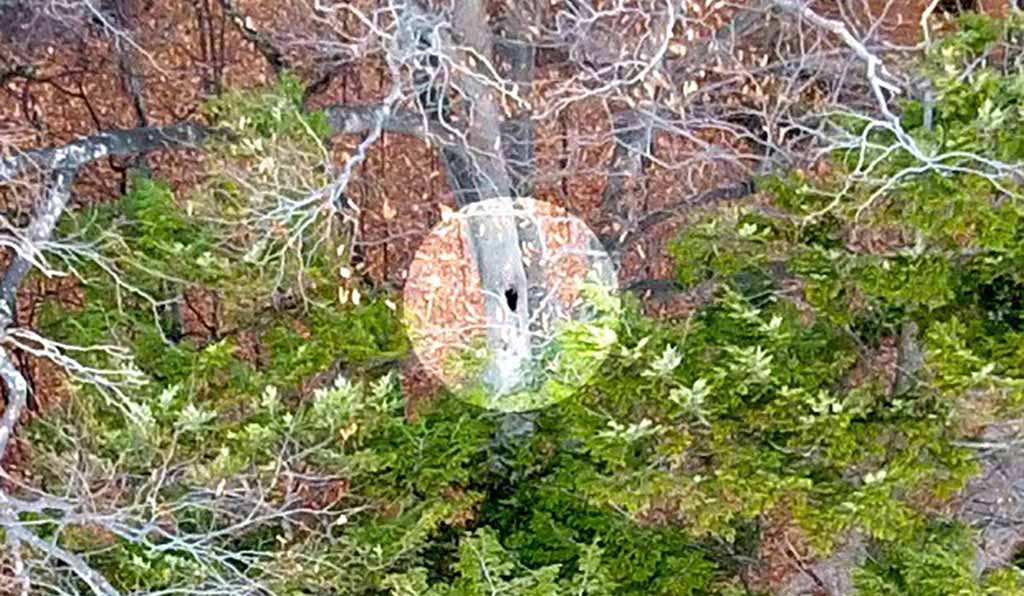 It’s not just invasive plants, either. They can see erosion and other environmental damage, and now they are doing a survey for merganser nests. The birds carry the parasites that are the root cause of swimmers itch. “If you curtail the merganser population, you can knock down swimmers itch,” says Wiand.

While they were busy working around lakes, they noticed others using drones for other commercial purposes. It became obvious to Wiand and Dreer that the field was growing by leaps and bounds. They met some of the other drone enthusiasts and decided to band together. Now, Drone Law Pro, Interactive Aerial, Sky Skopes, and Cherry Capital Drones along with Zero Gravity Aerial and NMC’s Aviation programs have formed SharedSky, a 501(c)(3) non-profit association to promote drones. Its mission is to promote the safe and ethical uses of unmanned aerial systems in the national airspace and advocate for the use of drones in multiple industries.

“We want to make Traverse City the drone capital of Michigan,” Wiand says. Perhaps surprisingly, it seems to be on its way to just that. There are more drone companies opening in the region. In addition to Eagle Eye and those of Shared Sky, BlueLaVaMedia offers virtual tours and other marketing services, including voice and web work, as does Northern Michigan Drone. The region is being noticed elsewhere, too; when SkySkopes was looking to expand east from North Dakota and Wyoming, it chose Traverse City. 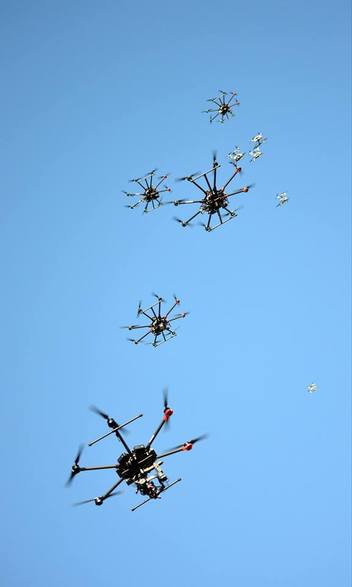 The applications are nearly unlimited. SkySkopes is focusing on industrial and agricultural applications. It uses drones to inspect pipelines, cell towers, turbines and powerlines. On the agricultural side, it can quickly determine problems in vineyards or orchards. “Healthy plants reflect more light than unhealthy ones,” says James Greenway, who heads the company’s Traverse City division. Using multispectral lenses and/or filters, the company can interpret the data and send the farmer to the exact plant in question, where they can determine if there’s a broken branch, fungus or some other problem.

One might be tempted to be punny and say the sky’s the limit for what drones can do, except it’s not. The vast majority of drones rely on GPS coordinates to maintain their flight paths, but that data isn’t always available. Traverse City firm Interactive Aerial has been working on ways to use drones in GPS-denied environments, such as inside storage tanks or in nuclear facilities. “Storage tanks, boiler tanks, energy facilities, nuclear plants—we had to remove the reliance on GPS,” says Christian Smith, CEO of Interactive Aerial.

The company’s solution lay with using special lasers. Now the company is looking to utilize its Legacy One aircraft for specialized applications such as those Smith mentions. And people are listening: he just returned from a meeting in Orlando with the National Institute of Storage Tank Management and says there’s interest from groups such as the American Petroleum Institute and U.S. Department of Defense.

For those interested in drones and drone technology, MacMaster suggests just trying them out. “People love to fly them,” he says. “I’ve got 10-year-old kids that can fly circles around me.”