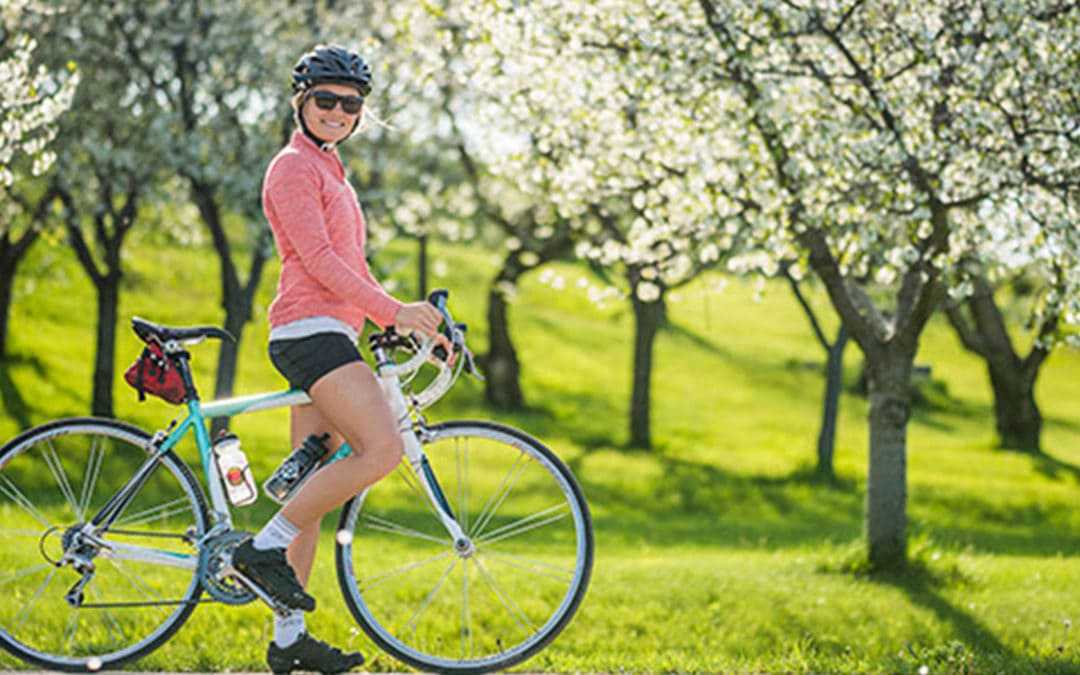 Michigan’s northwest coast is celebrated for outdoor adventures of all kinds, and that’s particularly true for bicyclists. The region attracts cyclists from all over the country – whether they prefer paved pathways, scenic country roads or rugged forest trails – and plays host to lots of major tours and races.

Casual recreational cyclists, for instance, are drawn to Traverse City’s extensive network of paved recreational trails, located in many of the most scenic parts of the region. The 10.5-mile long Traverse Area Recreation and Transportation (TART) Trail, for instance, is a paved “linear park” that runs across the city from Acme on the east to Elmwood on the west.

The TART Trail passes through downtown Traverse City and city neighborhoods, along the West Bay waterfront and past resorts, restaurants and shops (including several bike rental and repair outlets). It connects with parks, beaches and preserves, and connects with several other trails. One is the three-mile Boardman Trail, a heavily-wooded trail along the eastern and northern shores of Boardman Lake. Another is the 17-mile Leelanau Trail, which connects Traverse City with the village of Suttons Bay, following a former railroad corridor through a picturesque landscape of forests, farms, vineyards, lakes and ponds. (Read here: TART Trail Advocates Northern Michigan Bike Culture) 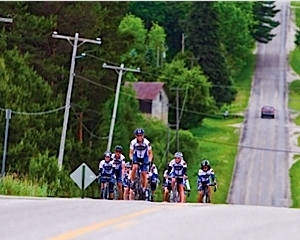 More experienced cyclists need not restrict themselves to marked trails, since the area’s many rural roads provide literally dozens of spectacular rides. The back roads of the Old Mission and Leelanau peninsulas and the dramatic drumlin country of western Antrim County are particularly pleasant for riders who like to get away from the highway and seek out the region’s less-traveled secondary routes. (A good resource here is the Cherry Capital Cycling Club, whose website contains a wealth of route descriptions and maps.)

Mountain biking enthusiasts have long known about the endless miles of backcountry two-tracks and trails in the Traverse City area. Among the most popular are the celebrated Vasa Pathway, located east of Traverse City in the Pere Marquette State Forest and home to the annual North American Vasa ski race. When it’s not being used by skiers, the Vasa Pathway is a favorite among mountain bikers, featuring a series of loops (3K, 5K, 10K, 25K) that offer users a variety of challenges from easy to difficult. (Traverse City’s Secret Bike Trails Near Vasa Pathway)

There’s even an excellent mountain biking option inside the city, at the 140-acre Grand Traverse 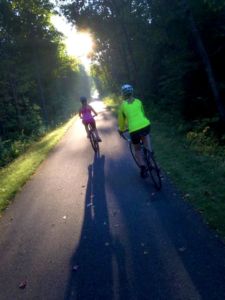 Commons Nature Area on the campus of what was once the Northern Michigan Asylum. The steep terrain of the Nature Area is already home to an extensive network of freeride mountain biking trails and is the home of the annual Conquer the Village Mountain Bike Race. Another favorite is the Sand Lakes Quiet Area, with 12 miles of trails ranging from beginner to expert starting at the same trailhead and circling around several pretty forest lakes. Trail maps are posted frequently because there are so many different directions you can go. Near Interlochen is the Lost Lake Pathway, with three loops of about two miles each.

The area’s most exciting new mountain biking attraction is the 814-acre Glacial Hills Pathway and Natural Area near Bellaire, with 31.5 miles of dramatically steep and winding trail that is getting rave reviews in the cycling community.

Even winter doesn’t put an end to cycling season anymore. In fact, for hard-core “fat bike” enthusiasts, the fun is just beginning. Fat bikes are specially designed cycles that can be ridden in snow, and Traverse City has become a magnet for riders who love them. Once again, the Glacial Hills Pathway is a popular destination for winter cyclists, and the Vasa trail system has created a  groomed 15K Winter Sports Singletrack with multiple non-directional loops that are ideal for fat biking. 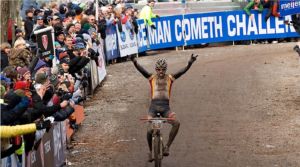 Races and tours have helped publicize Traverse City as a cycling destination for decades. The foremost of these is the Bell’s Beer Iceman Cometh Challenge, a  mountain bike race held traditionally on the first Saturday of November from downtown Kalkaska to the eastern edge of Traverse City. The largest single day point-to-point race in the country, it winds through the breathtaking terrain of the Pere Marquette State Forest – regardless of the weather.

But there are many more events for cyclists. For instance, on May 6, the Mud Sweat & Beers Fat Tire Fest and Mountain Bike Race is held at Traverse City’s Mt. Holiday Recreation Area, featuring four events ranging from one-fourth of a mile to 25 miles.

On the third Sunday in July, there’s the Ride Around Torch, a 63-mile ride starting in Elk Rapids that encircles Torch Lake. Staged by the Cherry Capital Cycling Club, this event is often called the most scenic bike ride in the state, where more times than not you’re looking at water while pedaling. Then, on July 21, there’s another tour: the Tour de TART, when over 600 cyclists take a 17-mile evening ride on the TART and Leelanau Trails from Traverse City to Suttons Bay. 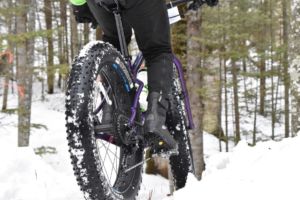 Winter, of course, brings a whole slew of fat bike races. Most prominent is the Short’s Brewing Fat Bike Series, which includes the Fat Chance! Race at Crystal Mountain in January, the North American Vasa Fat Bike race and the Forty-Five North Vineyard Race, both in February, and the Beard of Zeus Fat Bike Race in March. (Check out: Northern Michigan Winter Fat Tire Biking Trails & Races for more)