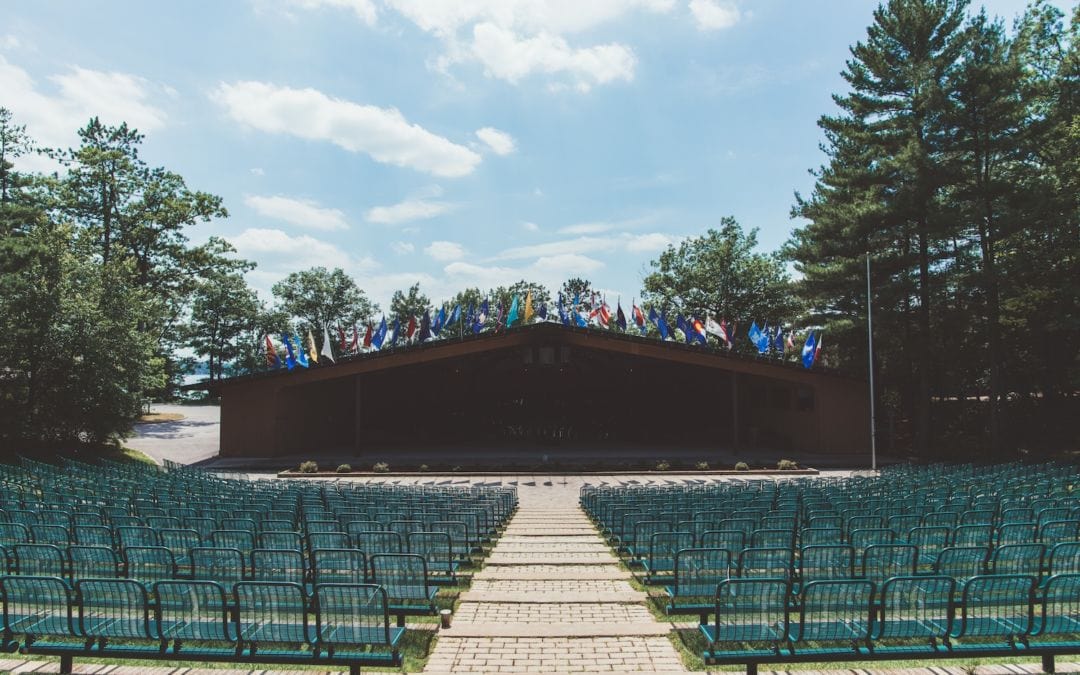 Warm weather is on the way, which means Northern Michigan summer festivals are not far behind. Most festivals and many venues have announced their summer stock of singers, fiddlers, rockers and the like. Some boast a particular musical theme and take place during a weekend, and may even offer on-site camping. Others mix and match genres over the course of a week or the entire summer.

Here’s a rundown of the hottest 2017 Northern Michigan summer festivals.

Northern Michigan’s big kahuna offers a mix of veteran pop, rock and country acts, along with a diverse slate of classical music by guest artists and/or students. Dance, film, theater, comedy and the occasional jazz show round things out, along with student camp presentations which run the gamut. Guests this year include ZZ Top, Diana Ross, OK Go, The Capitol Steps, Trace Adkins and more. Here’s the full lineup.

The historic Methodist Chautauqua just north of Petoskey was founded in 1875 and boasts a slate of educational, worship and chamber music activities. It is recognized as the longest reigning music festival in the country. It typically hosts a small run of big-name performers. This year’s featured artists include Tenth Avenue North, Home Free and Logan Brill. Here’s the full lineup.

Since its start in 1981 as a one-day celebration of acoustic music in the tiny enclave of Bliss, Blissfest has grown to sponsor events throughout the year, as well as its namesake three-day showcase on a 200-acre spread between Harbor Springs and Cross Village. This year’s July 7–9 roster is coming soon. Watch for it here.

Traverse City’s celebration of summer includes a week of outdoor concerts at the Open Space along West Grand Traverse Bay. The full lineup has not yet been announced, but performances thus far include Shinedown, a 90s Dance Party featuring Vanilla Ice, REO Speedwagon, Cole Swindell, truTV Impractical Jokers starring the Tenderloins and Old Dominion. Check back here for more concerts as they’re announced.

Taking place at several venues around Glen Arbor, this low-key festival focuses on acoustic, Celtic and local music. Stretching from July 3–August 15, this year’s artists include Lindsay Lou and the Flatbellys, The Moxie Strings, The Crane Wives and Summer Singers. Here’s the full lineup.

The island 27 miles northwest of Charlevoix offers a host of performances at various venues across the island. The orchestral, choral, solo, and chamber performances focus on classical music, but listeners may also hear jazz, popular, Broadway, or other musical styles. It celebrates its 16th season this year from July 28 through August 6. Here’s the full lineup.

This three-day country/Americana/bluegrass event August 18 through 20 includes several of the usual suspects, as well as celebrated acts Joshua Davis, Billy Strings, Greensky Bluegrass and The Accidentals. It takes place on a 100-acre spread near Wellston, surrounded by the Manistee National Forest. Here’s the full lineup.

The Village at Grand Traverse Commons in Traverse City welcomes numerous area breweries, cideries, meaderies and wineries offering their wares. Music groups this year have yet to be announced.

Fountain Point, a historic family resort on the shore of Lake Leelanau, opens up its concert series to the general public along with guests bringing in nationally touring and local artists. This year’s performers include The Accidentals, The Go Rounds, Jazz North, Oh Brother Big Sister, The Ragbirds and more. Here’s the full lineup.

Venues throughout the region, from casinos to concert halls, offer shows of all stripes. To find out what’s currently on tap for Summer 2017, check out the MyNorth Events Calendar.