For Ben Whiting, the opportunity to perform Tricks against Humanity is great fun. His audience apparently thinks so as well, since he’s bringing his show back to Old Town Playhouse April 7 and 8. “This will be my second time at Old Town Playhouse. It was well received,” he says.

Whiting will be combining his magic tricks with humor, providing thrills and laughter for his audience. Of course, combining magic with comedy is nothing new. People like Penn and Teller have been entertaining people for years by doing so. But Tricks Against Humanity? It sounds vaguely threatening. 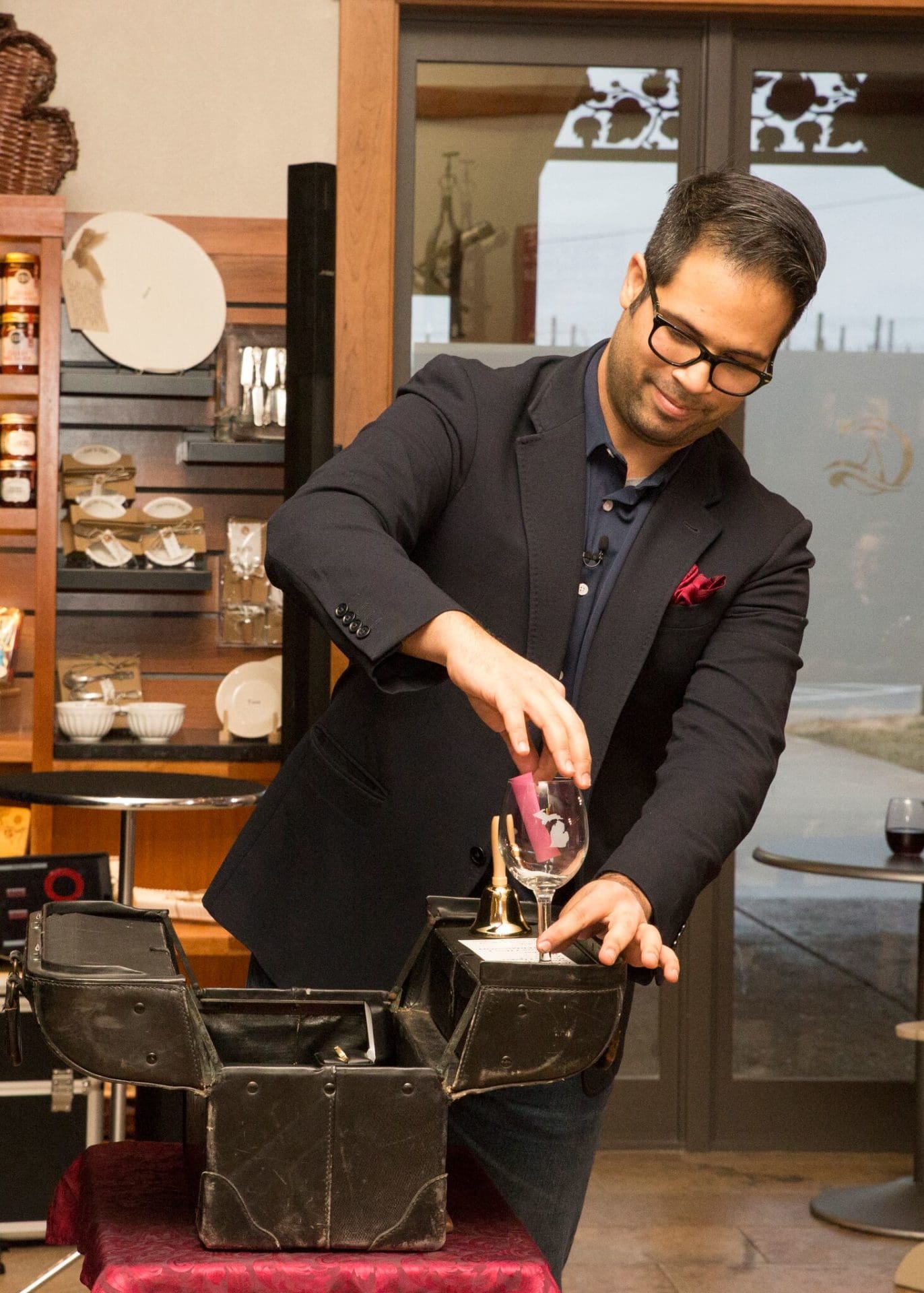 Not to worry. Whiting says his act is derived in part from the popular adults-only card game. “It’s based on Cards Against Humanity. It can be edgy or shocking. That’s why it (his show) is for 21 and up.”

For those unfamiliar with Cards Against Humanity, it’s billed as, “A party game for horrible people.” A sentence on the black card has a blank at the end, which the players fill in by choosing what they believe is their funniest white card. The dealer, a.k.a. the Card Czar, reads all the responses aloud and then chooses the winner, and that person is awarded one Awesome Point. The responses can range from the nonsensical to the risqué to the appalling, with nothing off limits. Gin rummy it’s not. “You play it with your friends, not your parents,” says Whiting with a laugh.

Whiting takes the concept to another level, using magiciany maneuvers to dazzle and delight his audience. “I started doing card tricks, and (card responses like) ‘Watching Nickelodeon naked’ added a whole layer of humor. It gave me an idea to create a show I’d like to perform for my friends,” he says.

The show at the Schmuckal Theatre in the lower level of the playhouse will feature a number of other magical escapades as well. Whiting will do mind-reading, sleight of hand, close-up magic and other exploits, all in a way geared to engage and entertain the audience. “Tricks inspired by TV, game shows like ‘Let’s Make a Deal, or ‘Law and Order SVU.’ It’s a fun date night. We push the envelope and share some laughs,” he says. 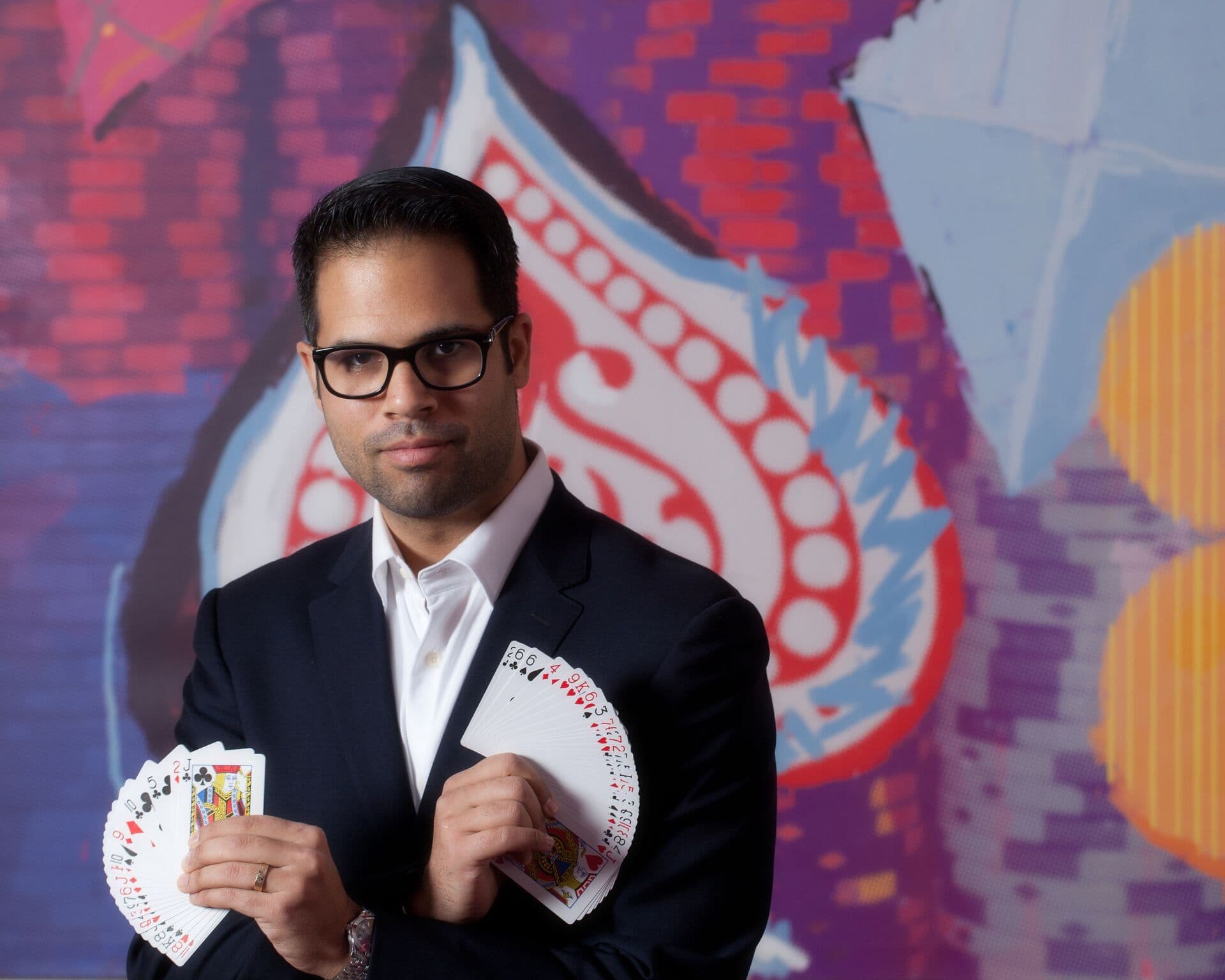 Whiting says he turned to magic as an only child as a way to entertain himself and others. “I had a lot of imagination,” he says. But he eschews any kind of portrait of the artist as someone uncomfortable in his own skin. “Sometimes people think of a magician as that awkward guy from high school with no social skills. This is not that.”

He performs at corporate events, on cruises, in Vegas and off Broadway, and at other local venues, such as the Parlor. He’s also active as an actor and speaker. He moved to the area after being hired as the former by Parallel 45 Theatre. As to the latter, Whiting will be one of the speakers at the TedX Traverse City event later this year. “I was one of four selected at Pitch Night,” he says.

Seating is limited at the shows. Whiting says the last time he performed at Old Town Playhouse, both shows sold out. Tickets are $20 each. Get yours at MyNorthTickets.com.