Grand Hotel opens Thursday, May 4 for its 130th anniversary season, with several changes to its timeless aesthetic including renovations to the porch and new rooms. And don’t forget about the grand 130th-anniversary celebration! Here’s what you have to look forward to on your Mackinac Island vacation this summer.

This year, Grand Hotel will introduce three new Cupola Suites, bringing the count to 393 one-of-a-kind hotel rooms, each individually designed by the famed Carleton Varney, president of Dorothy Draper & Company. The three new Cupola Suites were constructed on the hotel’s fourth floor, adding five dormers to Grand Hotel’s iconic façade on the east end. When the fourth-floor project is completed, Grand Hotel’s roofline will look very similar to when it first opened in 1887. The space was previously being used as an attic of sorts. 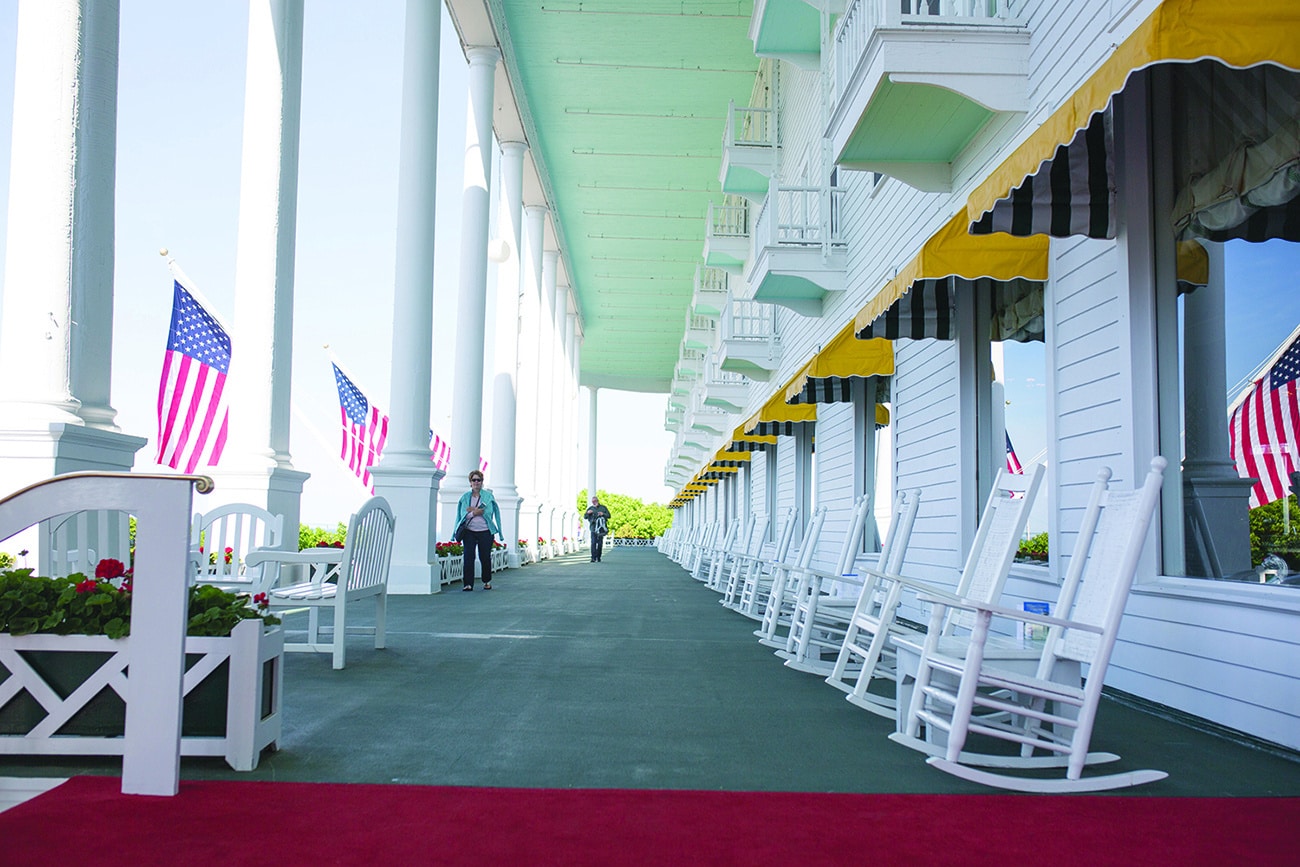 Grand Hotel has also renovated its 660-foot front porch. While no one would dare question the grandeur of the hotel, its iconic porch—which the Grand Hotel says is the longest porch on the planet, at 660 feet—was arguably due for a facelift. Overdue, if you ask Dan Hosford. In fact, the chief of maintenance at the hotel says he wanted to do something about that porch when he started working there 20 years ago. The old surface consisted of stretched canvas over plywood and was laid down in the 1940s. It required regular patch and paint jobs and Dan’s watchful eye just to keep it waterproof.

That routine, though, will soon be part of the Grand’s storied history. Dan and his crew replaced 350 feet of the old porch deck with a new, low-maintenance surface—a project that’s eaten up the better part of two off-seasons to be completed for the 2017 tourist season. “We spent a good three weeks just building the plastic tent over the porch so we could work through the winter. It’s a big porch.” Indeed. The remaining 300-plus feet will be repaired in future seasons. 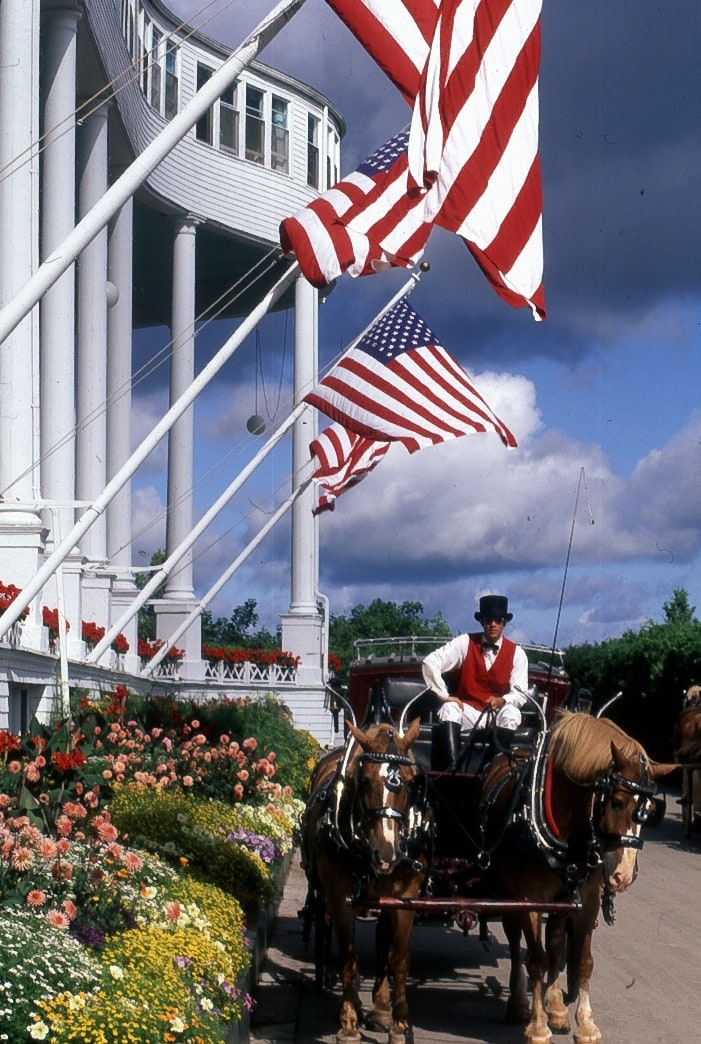 In celebration of its 130th birthday, Grand Hotel will host a grand anniversary celebration the weekend of June 30. Guests can enjoy a presentation and question-and-answer session with Grand Hotel’s historian and president, Dan Musser, III, to learn more about the hotel’s 130-year history.

Additionally, every guest will receive a copy of “Inside Grand Hotel,” a new documentary produced by Detroit Public Television that goes behind the scenes into some of the hotel’s most interesting spaces, telling the stories of its owners, caretakers and dedicated employees who have kept and nurtured this National Historic Landmark for 130 years. The documentary will air in Detroit and on PBS stations throughout Michigan. More information about “Inside Grand Hotel” and a preview are available here. 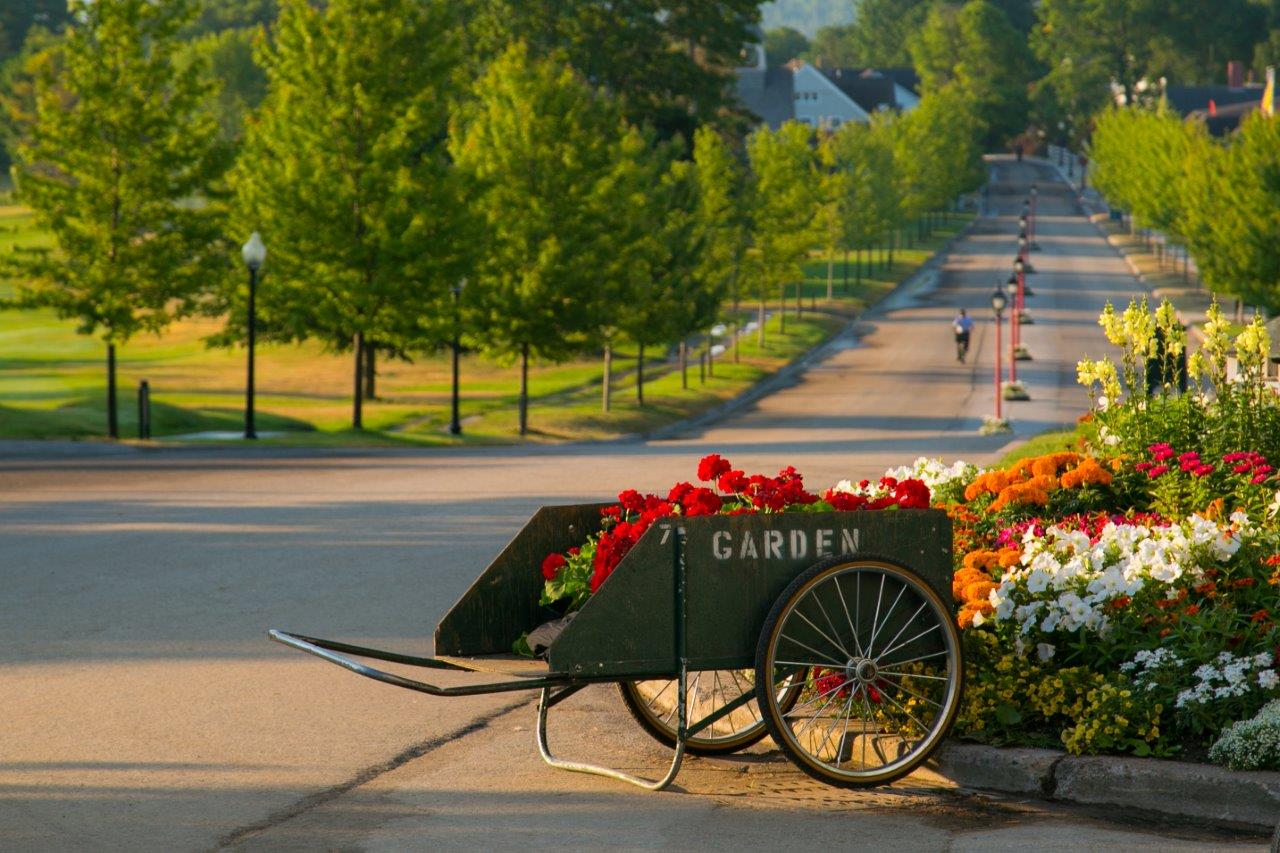 Each summer, hundreds of people attend The Grand Garden Show. This year it will be held August 27–29 and is the 5th anniversary of the event. The hands-on learning experience includes seminars with leading garden experts including Laura LeBoutillier, the founder of Garden Answer; P. Allen Smith, an award-winning food, lifestyle and garden expert; Jack Barnwell, an award-winning designer, author and owner of C3 Gardens in Florida and Barnwell Landscape and Garden on Mackinac Island; and more!

Guests who stay at the Grand can enjoy inspirational gardening sessions where you’ll learn to create art in the garden, 5-course dinners, walking tours of exclusive private gardens on the island and admission to the Richard and Jane Manoogian Mackinac Art Museum among other package deals.