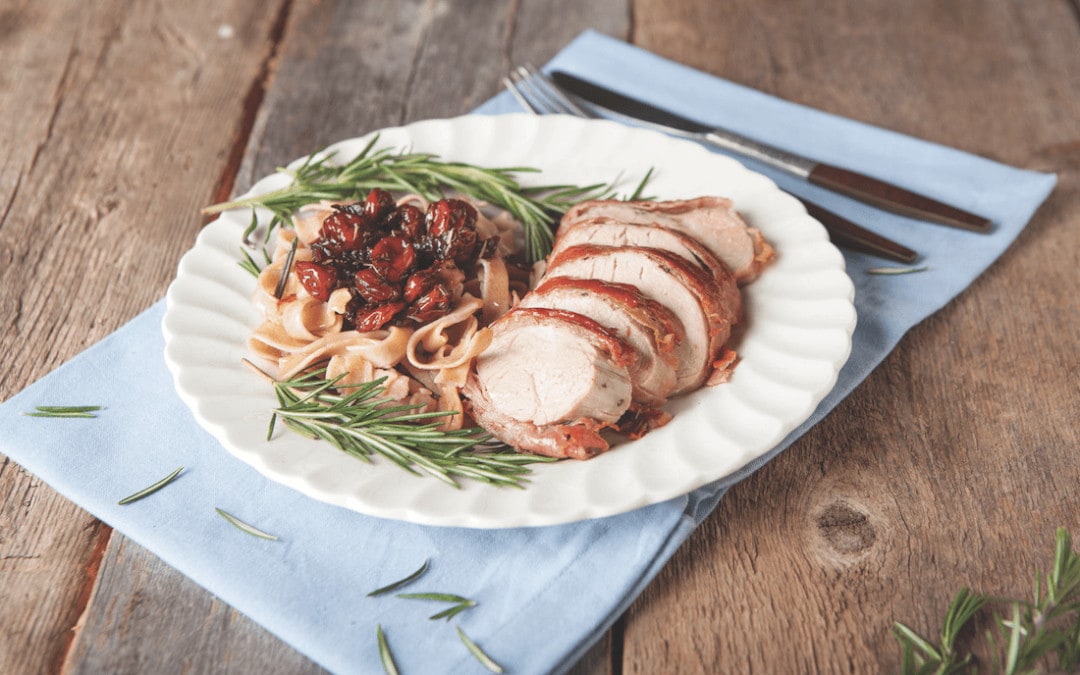 When he first planted oil seeds eight years ago, Bill Koucky was thinking biodiesel—canola and sunflower oils. Seeing more promise in culinary oils, Koucky turned his non-GMO crops to a new venture, Grand Traverse Culinary Oils—made from locally grown seeds that are cold pressed, a chemical-free way to extract oil from seeds. Along the way Koucky realized grains were the perfect crop rotation for his oil seeds and so his stone-milled, (again, no chemicals) non-GMO flour line sprouted, and that grew into custom pastas and now crackers.

Find Grand Traverse Culinary Oils products in grocery stores and specialty markets across Northern Michigan and downstate, including at Zingerman’s in Ann Arbor. Thanks to company chef Charles Kretschmer for this recipe that showcases some of the newest clean food on the Northern Michigan food scene. 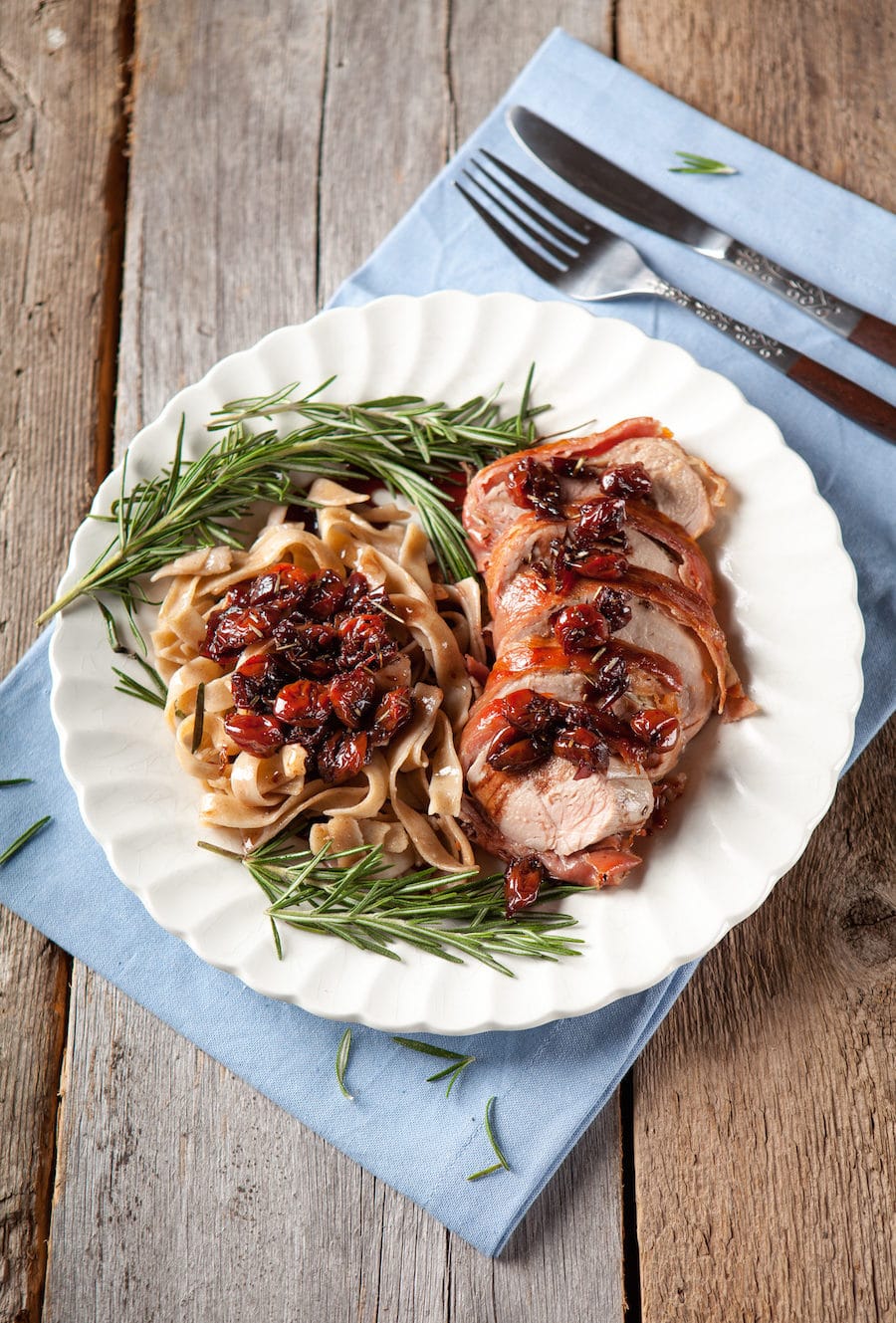 Season pork with salt, pepper and half the rosemary. Lay prosciutto strips vertically, overlapping by an inch or two. Roll the tenderloin in the prosciutto. Lightly oil (1 tablespoon) with Grand Traverse Culinary Oils Sunflower Rosemary Oil.

Sear the wrapped tenderloin in a cast iron skillet, about 5 minutes total. Transfer to oven and roast until the internal temperature reaches 145 degrees, about 20 minutes.

Meanwhile, soften the shallots in remaining Grand Traverse Culinary Sunflower Rosemary Oil and add the remaining rosemary. Add vinegar, wine, cherry concentrate, water and sugar and bring to a simmer, stirring often until reduced by a third. Add the cherries and 1⁄4 teaspoon salt and continue to simmer until sauce has thickened. Add butter and remove from heat. Glaze the tenderloin at least once with the sauce and return to oven.

Arrange the tenderloin on a platter with the fettucini on both sides and glaze liberally with the sauce.

Mouth watering yet? Try these other ridiculously amazing recipes from our Recipe Directory and explore all our Food and Drink offerings: