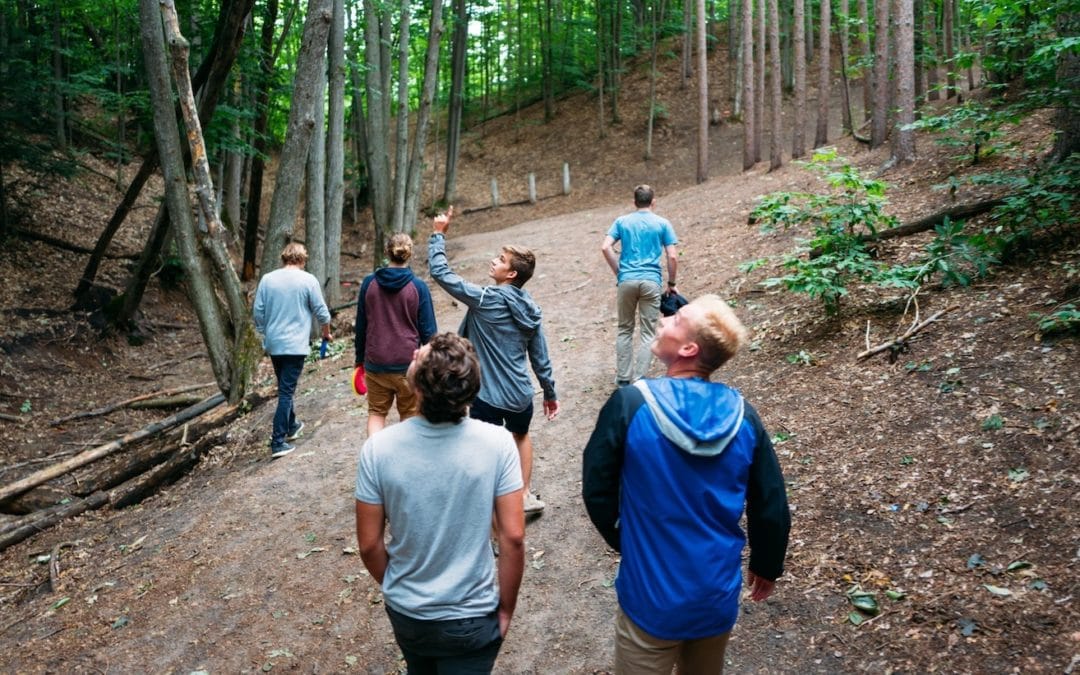 Traverse City trails offer plenty of gorgeous vistas and a variety of recreational opportunities for year-round enjoyment. As the days grow warmer and the sun lingers into the evening, hit these hiking spots for the first glimpse of spring’s new growth and the promise of summer’s bounty. Happy trails! 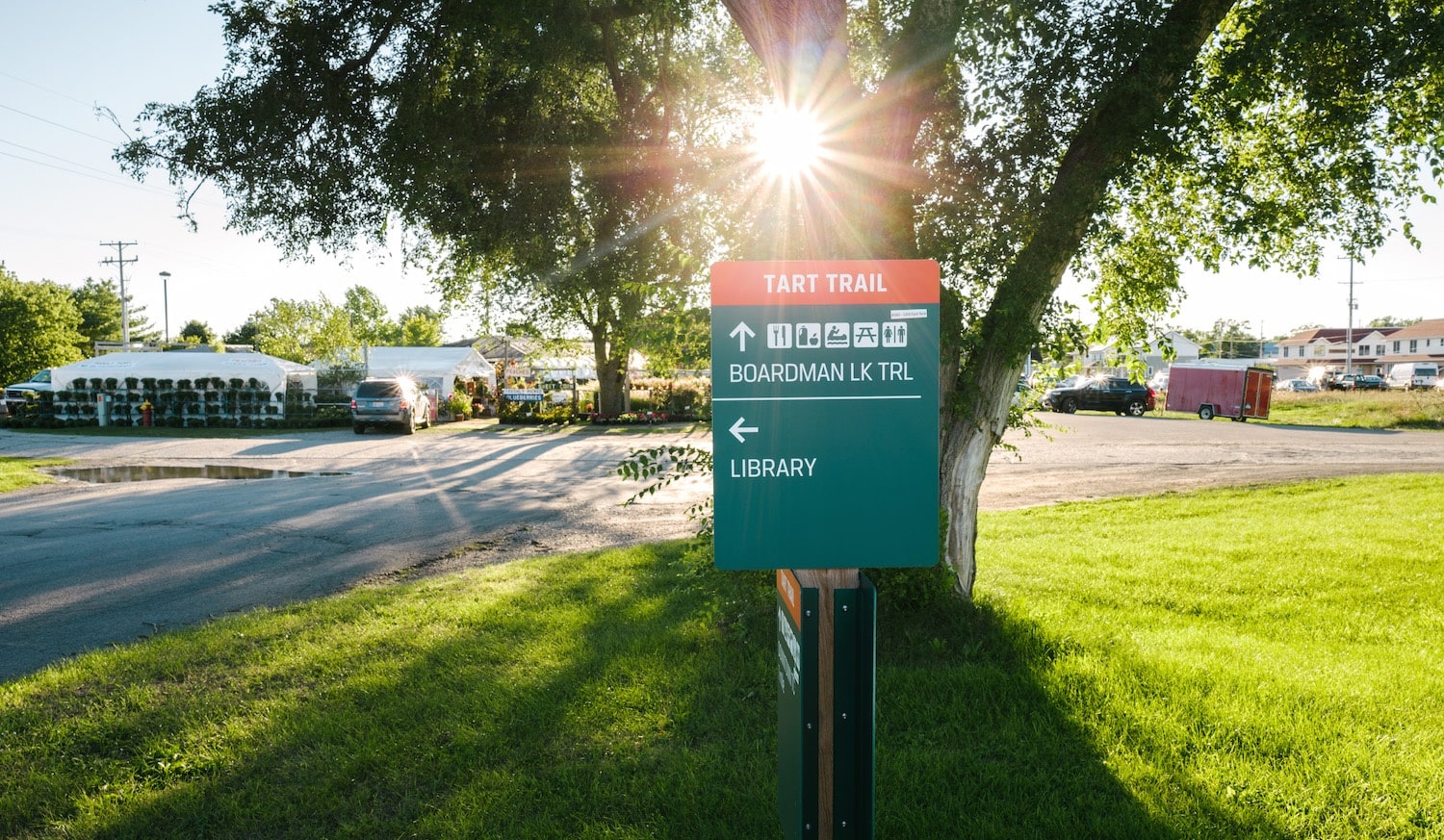 Arguably the most popular—and populated—route on the list, the TART (Traverse Area Recreation & Transportation) Trail is a 10.5-mile transportation corridor stretching from Bates Road in Acme Township to the M-22/M-72 intersection in Traverse City. Paved for its entire duration, and hugging some of the city’s main intersections and road arteries, the TART is utilized by both commuters and recreational bikers, hikers and skaters. While you may not find as much quiet or solitude on the TART as other trails on the list, you will enjoy a safe, well-maintained path that offers views of both East and West Grand Traverse Bay, Traverse City neighborhoods and the Mitchell Creek watershed. Perfect for a casual weekend bike ride or morning jog before work.

The Village at Grand Traverse Commons, formerly home of the Traverse City State Hospital (which closed in 1989), is a bustling community of boutique shops, elegant restaurants, and beautifully restored historic buildings. At the center of the Village lies 480 acres of preserved parkland, which features rolling hills, dense forest, a variety of wildlife and groomed hiking trails. Depending on what trail you take, it is entirely possible to walk your dog for an hour or two at the Village and never encounter another human being. For those who prefer more social outings, the Village offers some easy walking areas for a short stroll with friends, which can be followed up by brunch at Red Spire or Sugar 2 Salt, a glass of wine at Left Foot Charley, craft beer at Earthen Ales, or dinner at Trattoria Stella—just a sampling of the culinary delights located onsite.

The 3-mile Boardman Lake Trail (also overseen by TART) winds around the eastern and northern boundaries of Boardman Lake, with access and parking available at Hannah Road by the Traverse Area District Library and Logan’s Landing off South Airport Road. Offering breathtaking views of the lake and surrounding woods and fauna, the Boardman Lake Trail also provides easy access to the library, Oryana Food Co-Op, The Filling Station Microbrewery and Hull and Medalie Parks.

A state-maintained trail, Muncie Lakes Pathway extends for 11.5 miles through farm country and woodlands off Rennie Lake Road in Traverse City. Consistent trail markings and grooming makes the route popular in all four seasons—it’s as common to see cross-country skiers out in the winter as it is to see bikers in the summer. The trail consists of five loops ranging in size from .95 to 5.35 miles long, offering a variety of options for novices and experts alike. Allow yourself plenty of time to get back and forth on the pathways. Keep in mind that there are no restroom facilities along the trail.

One of the most popular spots in Traverse City for dog walkers, Hickory Meadows is a 112.5-acre-park off Randolph Road only a mile from downtown Traverse City. The lush landscape is filled with sprawling meadowland, upland forest and miles of unpaved hiking paths. Hickory Hills Ski Area, a popular winter family destination, conveniently sits next door; in the summer, hundreds of disc golfers visit the area’s challenging course. Owned and operated by the Joint Recreational Authority (consisting of the City of Traverse City and Garfield Township Recreational Authority), the park has been dedicated to “viewshed preservation and passive recreational activities such as hiking and nature watching.” Be sure to bring a camera—the views from Hickory’s hilltops are spectacular.