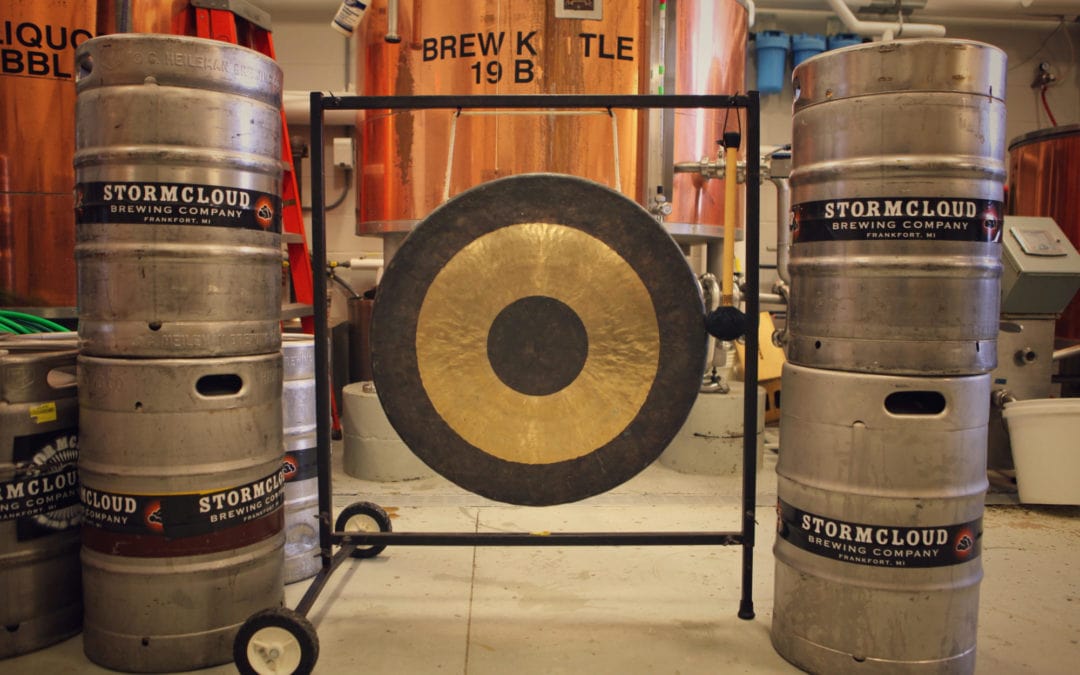 FRANKFORT: Stormcloud Brewing Company is honoring a classic television game show while raising money for a community-based non-profit organization. The Stormcloud Gong Show debuts Saturday, March 18 at the Benzie County brewery in downtown Frankfort. An amateur talent contest, The Stormcloud Gong Show invites contestants to perform their unique talents in front of an audience, in competition for prizes from Stormcloud and The Garden Theater.

The event is a parody of The Gong Show, a popular TV game show in the 1970s in which contestants performed novelty acts before a panel of celebrity judges. If any judge considered an act to be particularly bad, the judge would force the contestant to stop by striking a large gong. The final contestant to avoid being gonged was awarded a cash prize.

The final two contestants to avoid the gong in The Stormcloud Gong Show will be awarded a Year of Beer from Stormcloud or a Year of Movies from The Garden Theater. Stormcloud is also donating 20 percent of pub sales during the event to Grow Benzie, a non­profit farmstead dedicated to enriching the lives of Benzie County residents through education in agriculture, nutrition, and life skills. Grow Benzie Executive Director Josh Stoltz will host the event.

“The original Gong Show was an outrageous outlet for aspiring talent,” says Stormcloud Co-Owner Rick Schmitt. “With our version of the game, we’re looking forward to finding those hidden gems of talent in our community. We’ll also see who gets gonged off the stage, all in good fun for a good cause.”

The Stormcloud Gong Show premieres at 8 p.m. on Saturday, March 18, in Stormcloud’s Main Street pub. There is no entry fee to compete. More details at Stormcloudbrewing.com/gong.