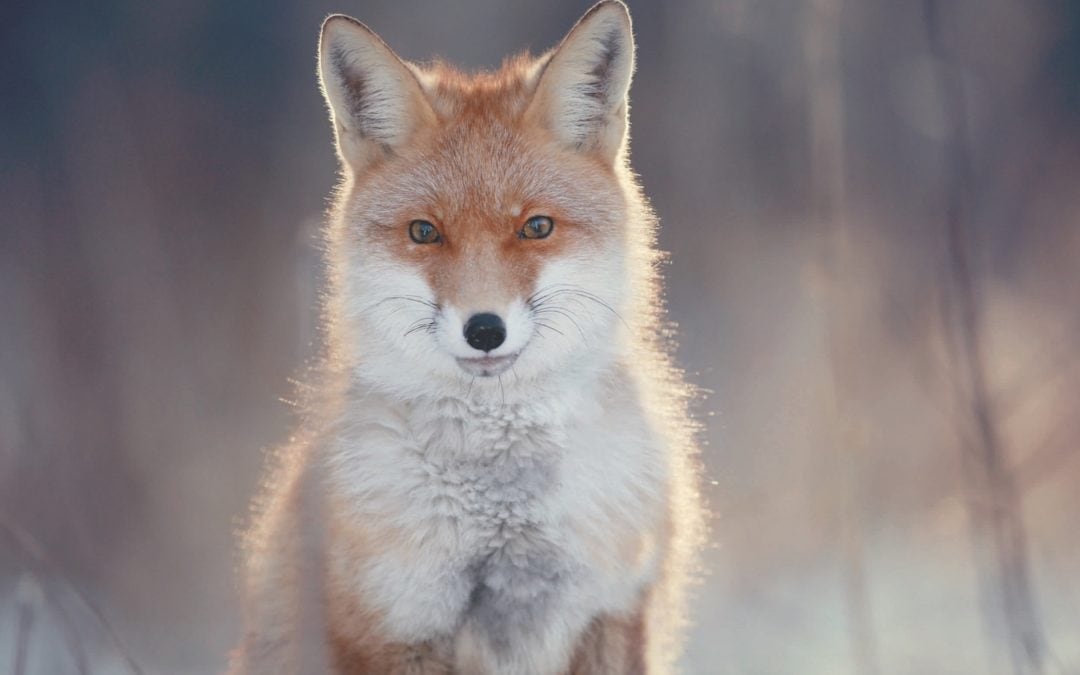 On a March morning not long ago I was walking with my dog in Martha’s Woods a couple miles from our home on Old Mission Peninsula. It was the first spring-like day of the winter, and though the crust was still frozen enough to support Toby’s and my weight, it was growing softer in the rising warmth. The sky was the brittle blue of winter, but the breeze carried hints of spring.

As we walked I found myself thinking about the origins of the word “spring”—the springing forth of new growth, the greening of the earth as it leaps awake after a winter of sleep. Then, for some reason, I thought back to my eighth-grade science class and remembered how surprised and thrilled I was to learn that we are composed of atoms that were once stellar refuse. Our constituent atoms, according to fierce Mr. Proulx, were thrown into space by exploding suns, then for billions of years congealed under forces not well understood to form asteroids, planets, moons, and interstellar dust. Matter. We too are matter, he said, composed of those same atoms. Thus we are made from stars and within us are the sparks of ancient electrons, with their snapping leaps across space.

Even without astrophysics to confirm it, said Mr. Proulx, we long ago guessed our origin must be in the stars. It’s to the sky we’ve always reached, after all. We want to soar, not bury ourselves in the ground. We reach upward, charting the trajectories of our achievements, successes, ranks, stardom. And everyone wants to be a star! We leap, we climb, we aspire— —And at that moment I caught a flash of orange through the trees and saw the fluid lope of a fox trotting in the field between the maple woods and the cherry orchard. Behind it trotted another. I had known from the tracks I had seen all winter that a pair denned here, but this was the first I had seen them.

The lead fox disappeared into the woods but the other paused in the open and began searching in the snow with its head and tail down in that characteristic canid slouch. Perhaps it heard a vole scratching in a run beneath the snow. Then, with its head still down it suddenly turned and began trotting toward me. The wind was in my face, so the fox was not likely to scent me or my dog. I was curious to see how close it would come, so I stood motionless, camouflaged, I imagined, by the trees at my back. But Toby trotted obliviously ahead. When he was 30 feet away he reached the end of his invisible tether and stopped, realizing that I was no longer following. He had not seen the fox. He was too occupied with the near-at-hand. Now he raced back, tongue lolling, an expression on his face that seemed like an embarrassed smile—“Stupid me! I wandered!” His eager gallop caused him to punch through the crust and throw his cadence off.

The fox disappeared behind a saddle of land. I assumed it would turn into the woods beyond my sight and rejoin its mate, so I stepped from the trees and walked across the open toward the saddle. Suddenly the fox trotted into the open directly in front of me. It froze. I froze. Toby nosed the snow obliviously. The fox wheeled and ran to the woods, but it stopped at the edge to look back. I think it was taking a second look at the dog. Toby’s tawny coat gave off hints of russet, making it distinctly foxlike, though he was more wolflike in size. After a moment the fox turned again, its magnificent brush floating behind, and glided without sound into the woods.

My mind had gone empty, wiped clean by the encounter. For a moment I had slipped beneath the surface, between the chinks, to that timeless place before civilization, before even language.

But what was I thinking before the fox appeared? Something important … Oh yes, aspiration, ascent, star matter. But more as well, something articulated but lost in the barter I had made with the wild. A good trade, surely, but I always regret what I’ve forgotten, failed to notice, lost…

Then it came back to me, a separate thought, hardly original but unusual because it had arrived in my mind fully formed: “Everything I do in my life, if it is to have significance, must be informed by the certainty of my death.”

But why was I thinking it? And what will I do with it?

Jerry Dennis is the author of several books. Find them at jerrydennis.net.