The term jazz means different things to different people. For some, it’s Duke Ellington; for others, Kenny G. Ah, but say hot jazz, and you’ve immediately conjured up images of flappers bobbing their heads and guys in zoot suits tapping their toes to the sound of soaring clarinet and barrelhouse piano.

And that’s just fine with Evan Palazzo. The pianist and co-founder of the Hot Sardines embraces the sound of the ’20s and ’30s. The sound of forebears like Bix Beiderbecke, Sidney Bechet, early Louis Armstrong and Bessie Smith is what this band is all about.

So, how does he define hot jazz? “Literally, it’s the pop music from the first half of the 20th century,” he says. “Emotionally, it’s the kind of jazz that makes you happy.” So there you have it. 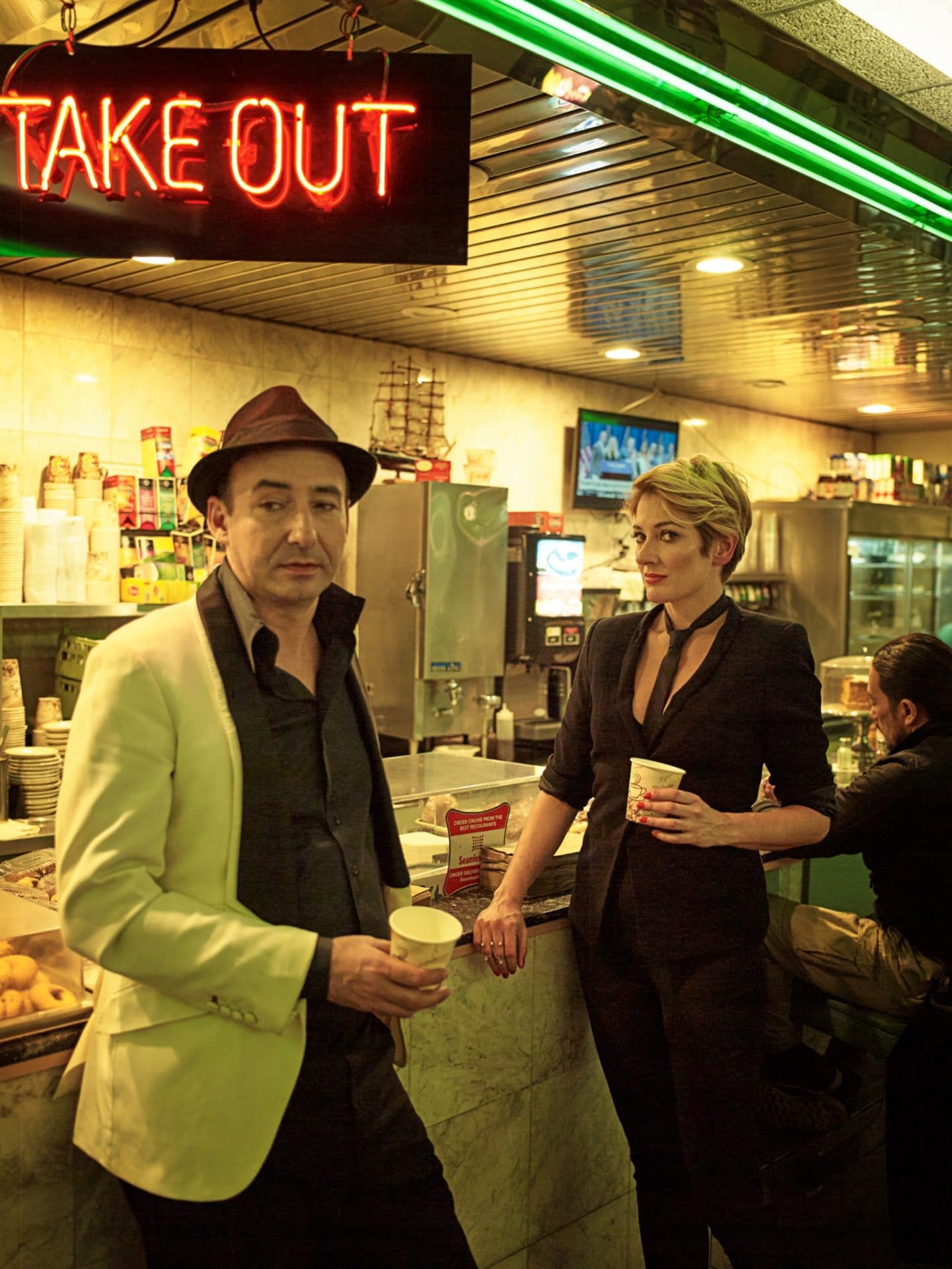 The band had its genesis in 2007 when Palazzo met singer Elizabeth Bougerol, a.k.a. Miz Eliz, after they both answered a Craigslist ad about a jazz jam session above a Manhattan noodle shop. They were an unlikely pair who bonded over their shared love for Fats Waller. She was a London School of Economics-educated travel writer who grew up in France, Canada and the Ivory Coast, while he was an actor born and raised in New York City, who studied theater at the University of the Arts in Philadelphia. The two gigged around the Big Apple, then decided to flesh out their merry band with others who similarly enjoyed the music of the Roaring Twenties, a.k.a. the Jazz Age. Their first recruit was tap dancer Edwin “Fast Eddy” Francisco. In fact, an hour after their first rehearsal as a trio, the three of them went to their first open mic at a coffee shop in Queens.

Today the band tours as an octet with a revolving set of players. “We have our regulars, but it’s a varied cast of characters,” says Palazzo. “It’s always an eight piece. We’ll have a wonderful guitarist in Michigan. There are two horns, trombone and clarinet/sax, drums, bass, guitar, piano, Elizabeth and a tap dancer,” he says. For the shows sans guitar, they add a trumpet player to the lineup.

The multi-lingual Bougerol sings in both English and her native French. But it’s how she imbues the songs with just the right bit of sadness, joy or feistiness—often all three—that makes them come alive. She alludes to her approach in a quote from the band’s website: “These are uncertain times. When everything seems hopeless, throw a party.”

That works for Palazzo. He says no matter the tune and whatever its source, they try to find the joy in it. “We don’t want to cheapen the music. Even the sad songs are celebratory. Emotion is sorely lacking in (today’s) live music.”

The band’s current album is entitled French Fries & Champagne. Palazzo says the title and the presentation showcase the two sides of the music and the band. The French fries side lets the good times roll with rollicking, lowbrow, gutbucket R&B and hot jazz, while the champagne side is smooth and elegant, with lush orchestral arrangements of ballads about love, loss and loneliness. While the band’s stock-in-trade is the music of the Jazz Age, they do incorporate some originals in the same style. They’re also not above adapting something more recent to their approach: French Fries & Champagne includes their take on Robert Palmer’s 1985 hit “Addicted to Love.”

The press has been unrelenting in its praise of the band. Forbes calls the Hot Sardines, “One of the best jazz bands in New York today.” The Sunday Times of London says, “Irrepressible pre-war rhythms from the snappily dressed New York combo and the feline vocalist Elizabeth Bougerol.” Perhaps best of all is this quote from the Patriot Ledger: “Not so much reviving standards as taking defib paddles to them and jolting them back to life.” In a piece for Vanity Fair in 2013, Will Friedwald, who covers jazz and nightlife for The Wall Street Journal, suggested, “These musicians are working to prove that jazz can be a popular music all over again. It seems to be working.”

Palazzo is pleased about becoming popular, but more important to him is to be uplifting. “Positivity of music is something that is (currently) lacking,” he says. “We love what we do. We want you to go away fulfilled.”