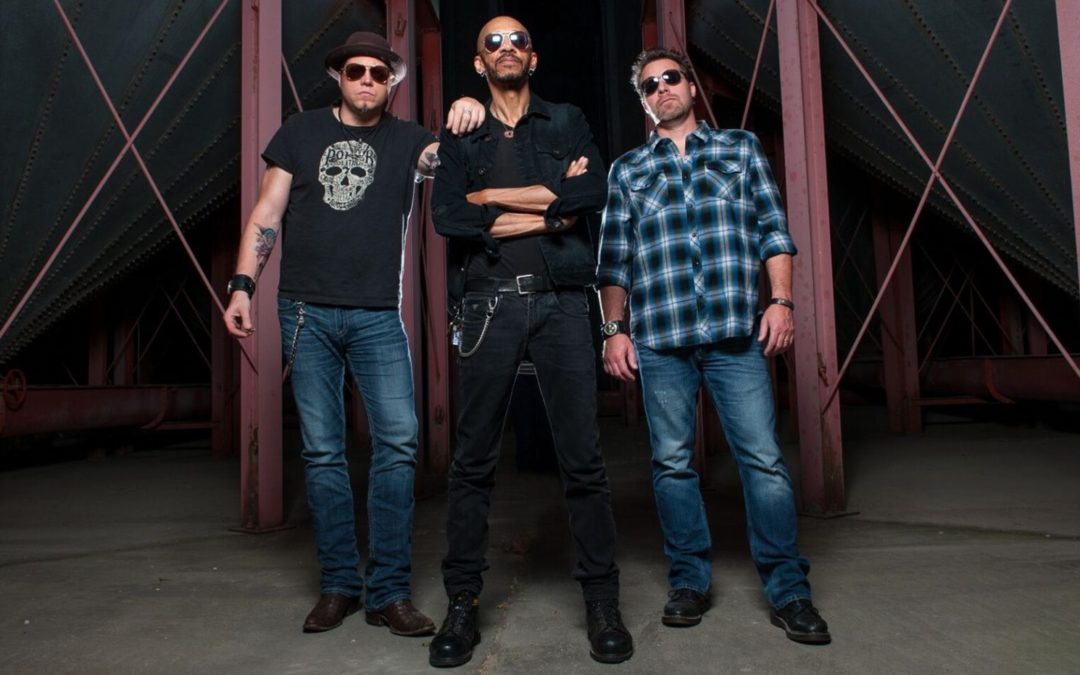 The boys are back in town. No, not Thin Lizzy, though these guys rock just as hard. Jeff “Jabo” Bihlman and Scott “Little” Bihlman are returning to the local stage for the first time since a 2014 appearance at the National Cherry Festival. The onetime locals – former in the case of Scott, current again in the case of Jabo – are prepping for a double show at Streeters, where they’ll actually be opening for themselves.

The unique double bill features the Bihlman Brothers followed by Grinder Blues, a band they formed with bassist Dug Pinnick of King’s X. “We just got back from Europe a couple months ago. That’s what we’ve been doing over the past four or five years,” said Jabo, meaning working with Pinnick in Grinder Blues, while still spending some time in their eponymous band. 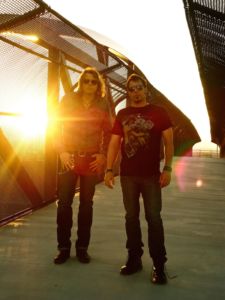 Bihlman said Grinder Blues is not a typical blues band. “There are not a lot of standard blues progressions,” said Bihlman, describing it as “blues with a twist.” That’s understandable, since Pinnick’s background is an amalgam of rock, funk, gospel, progressive rock and metal. “I love playing in this band,” said Pinnick. “I feel like I’ve really found my voice and doing hard rockin’ blues with a twist is so exciting to me.”

The twists have to do with both the note choices – “We play a flat five instead of a five on the turnaround, a ZZ Top influence,” said Bihlman – and the sound. “My guitar is pretty distorted,” he noted. That fits in well with Pinnick, who’s known for his distorted bass sound.

Their “other” band is more straight ahead bluesy rock with a Southern flair. In addition to Jabo and Scott, Chuck Short plays bass (“a Bihlman Brother from another mother,” according to Jabo) with Rick Evans on percussion. Sometimes they switch things up, with Evans moving to drum kit and Scott joining his brother on guitar.

After touring Europe and beyond, this will be the first Northern Michigan show for the brothers in almost three years. “I am so happy to be back in TC and playing for the folks that have been so amazingly supportive of The Bihlman Bros. all these years,” Bihlman said.

Jabo moved back to Traverse City after spending the past six years in Las Vegas – and touring around the country and the world. “My wife and I missed the lakes and change of seasons,” he said. In the meantime, his brother stayed in Vegas. But whatever their home base, they’ve criss-crossed the country and the globe, appearing on stages alongside such artists as BB King, Ted Nugent, Trey Anastasio, Pink, Ray Charles, Buddy Guy and ZZ Top. 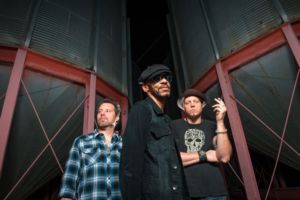 He calls the opportunity to play with Pinnick “a no-brainer.” It’s served them well, with a recording on Megaforce/Sony records. “You have different musical outlets to explore different facets. To expand your musical palette as an artist is important—and not boring,” he said. To that end, his day job finds him in the studio, making music for other uses, such as a casino in Montana and Crystal Mountain. The brothers have also created music for use in TV shows such as Sons of Anarchy, All My Children, Burn Notice, and CBS documentaries, one entitled “Surviving the Bradley” and one on the Edmund Fitzgerald. For their efforts, they’ve won four Emmy awards.

While the advances in musical technology have made it possible for Bihlman to work from his home studio, it’s obvious from conversation that his preferred means of musical expression is found with one of his bands onstage. Therefore, appearing with two bands on one stage will be twice as nice. “We still tour quite a lot. We’ll do some festivals this summer, a week of Grinder Blues in Wisconsin, Europe in September. Hopefully some new Bihlman Brothers music in a couple years,” he said.

The show at Streeters will also be notable in that it will be filmed. Noted cinematographer and filmmaker Dave Faires will also be using cutting edge 360° immersive technology cameras for the band’s new music videos. He says he’s excited to be filming the concert, calling the Bihlmans “way ahead of the curve” in the use of this advanced video technology.

More Coming Up In Northern Michigan:

Photo(s) by The Bihlman Brothers