An Ode to Eggs: Farm Fresh Recipes for Spring 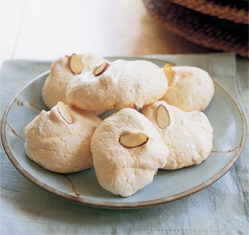 Fresh eggs are nature’s perfectly executed nourishment. And as an ingredient, they’re amazingly versatile—delicious fried sunnyside-up, whisked into a custard or whipped into meringue. We head to a small farm west of Lake Leelanau in search and in awe of those beautiful little ovals.

Down by the swamp off Duck Lake Road, in the former Belanger farmstead, Loretta Helwig and Dwight Clapp are raising two young boys to become men. Aaron Helwig, 12, and his brother Kyle, 14, are 4-H members who raise pigs and lambs to take to the Northwestern Michigan Fair. They already know a bit about hard work and loss and being depended upon. They also know how to take care of chickens. 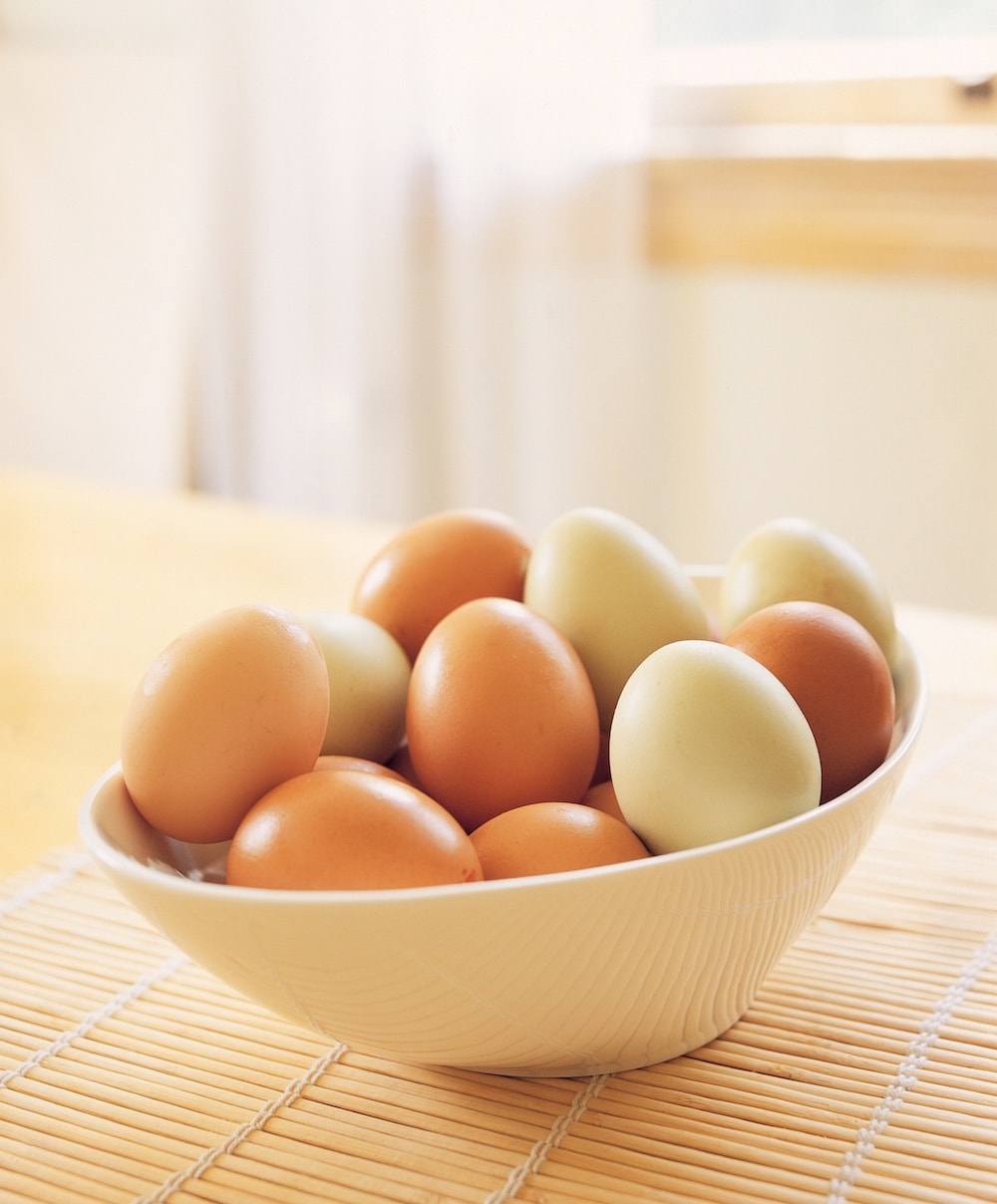 It’s a cold Friday evening before a school basketball game, and the whole family walks over to the wood-and-stone coop in the backyard, the original chicken house on their 113-year-old farm. Dwight swings open the door to reveal a rush of warmth, one hen busy laying, and a motley brood of 14 others promenading in the sweet straw on the floor and talking to each other with peaceful clucks.

There are a few black australorps, a couple of black leghorn bantams, but most are Isa browns. “They’re just the friendliest chickens,” Dwight says, while finding the eggs in the straw and placing them in a clean Electrasol dishwashing detergent bucket. Friendly for the most part. Aaron points out his show chicken, Chicken Little, a pretty little thing perched above the rest of the chickens on a roost. She’s a two-time champion at the fair and has a life lease at the Helwig house, Loretta says, but the other chickens don’t care about her ribbons. She’s low on the chicken pecking order, and so stays apart from the rest to avoid getting bullied. 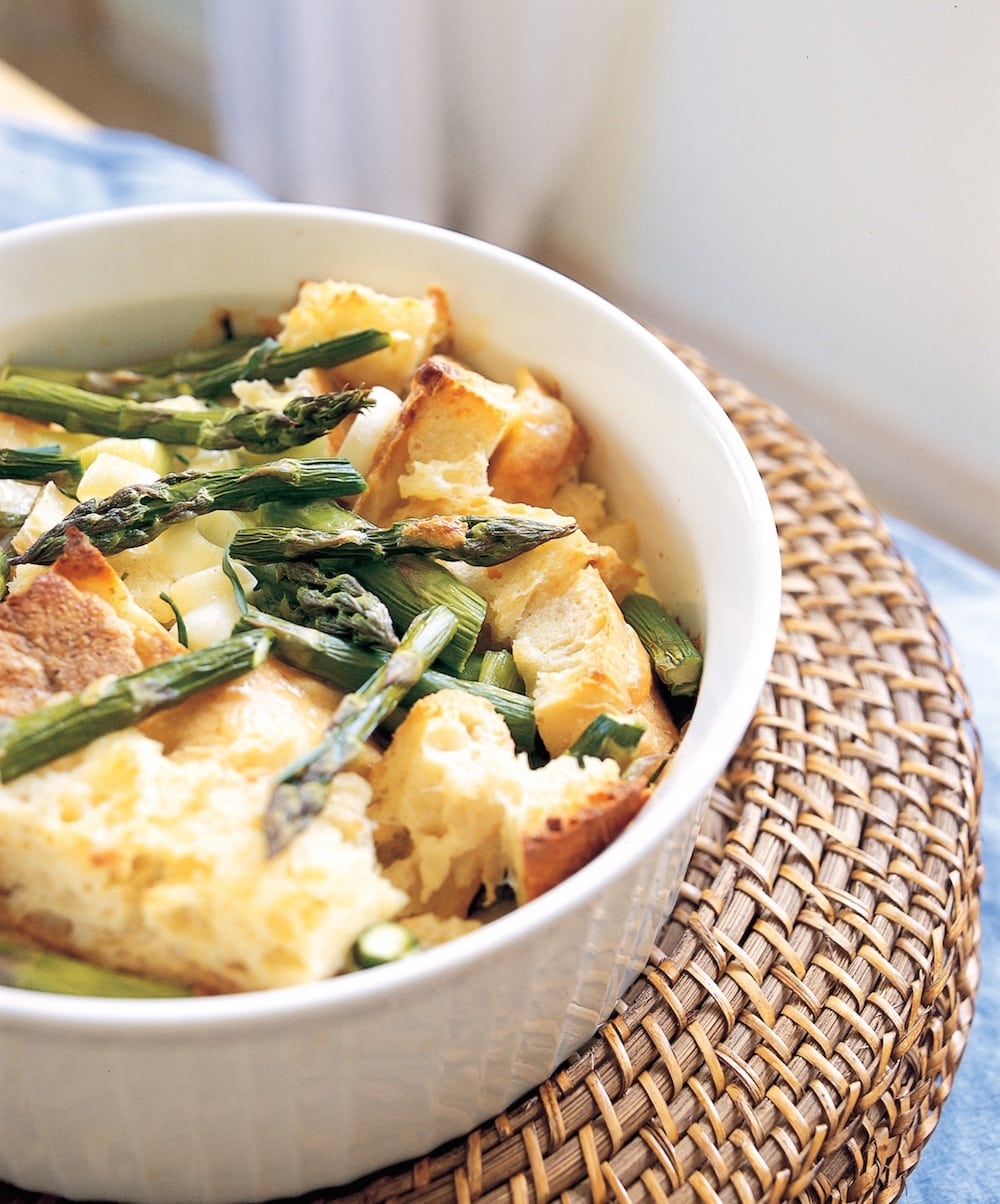 Aaron picks up his prized bird, turns her over and shows me how to tell if a chicken is actively laying, by placing a couple fingers in the soft space between her pubic bones—when the bones are opened up like that, it creates the passage for the egg. Both boys eagerly dispense more egg wisdom: Good layers produce an egg per day. The color of a hen’s earlobes reveals the color of egg she’ll lay.

Generally, hens with white earlobes make white eggs, while hens with red earlobes make brown eggs. Hens that don’t lay get the ax. Kyle and Aaron clearly understand the life cycle. They are part of it. On the farm there is no question which came first—this is food, and this is where it comes from. 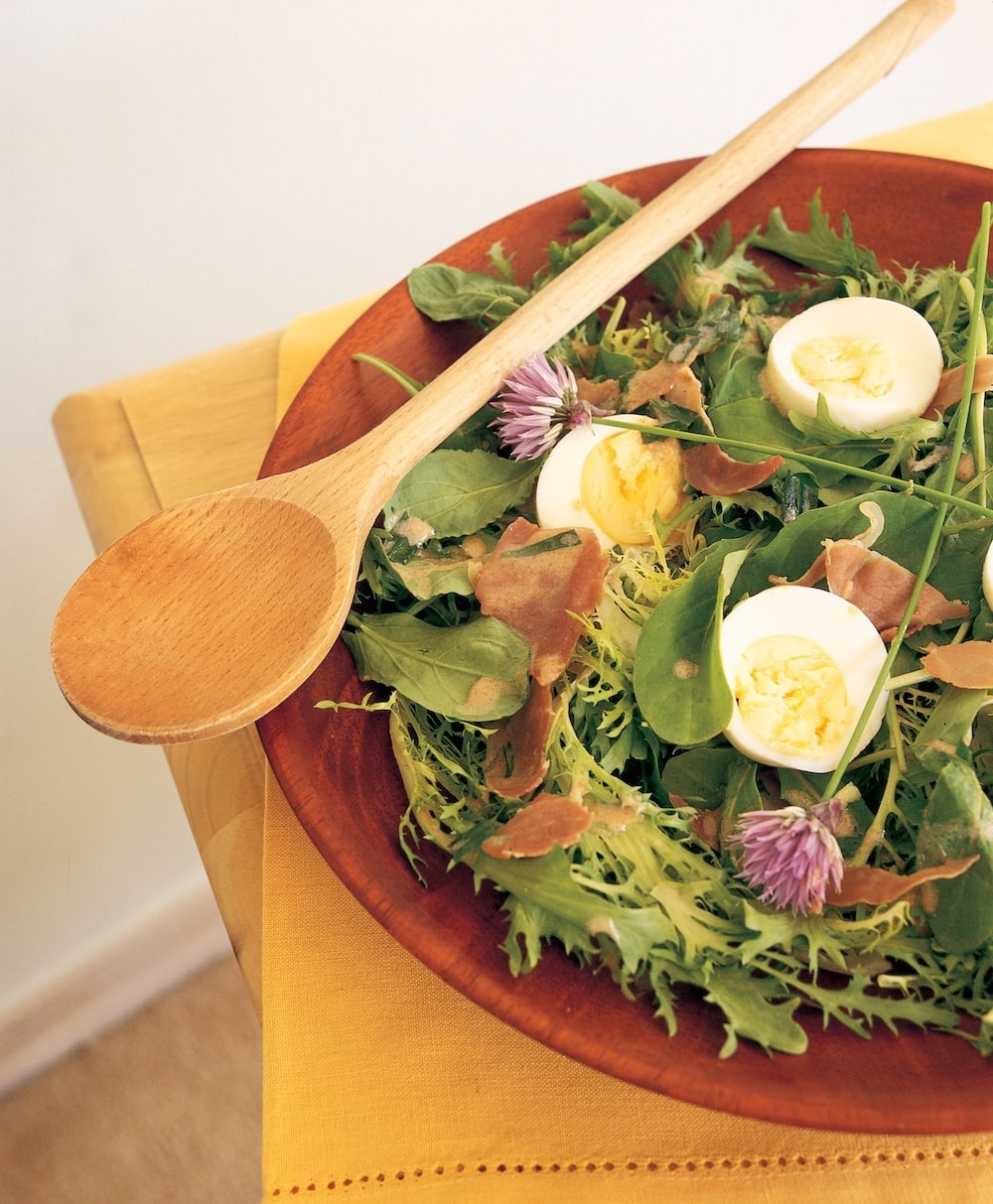 Today snow still covers the ground, so the chickens only peek their beaks outside their sauna-like hut. The first melt of April, Loretta says, they’ll all be out in the farmyard. The family’s little black dog, Peachy, noses her head into the coop. She gets along famously with the chickens themselves but has been known, as Loretta says, to “suck some eggs.” But the wildlife that creeps up from the swamp is more worrisome. The boys tell about occasionally finding feathers and blood in the yard and rattle off the names of the predators they’ve seen take their chickens: weasels, foxes, raptors, coyotes, a particular bobcat that will crouch in the yard and wait for hens. Luckily, the chickens do have some sense of self-preservation; Kyle says any time a hawk appears in the sky they’ll scatter and hide in the tall grass, and for a couple of hours he can’t find them at all.

Back inside the farmhouse, Dwight gives the eggs a good rinse. Thick egg noodles Loretta made yesterday are drying on the counter. She flips right to the recipe in Betty Crocker to show how simple it is and says they’re great with beef stroganoff or tossed into chicken soup. 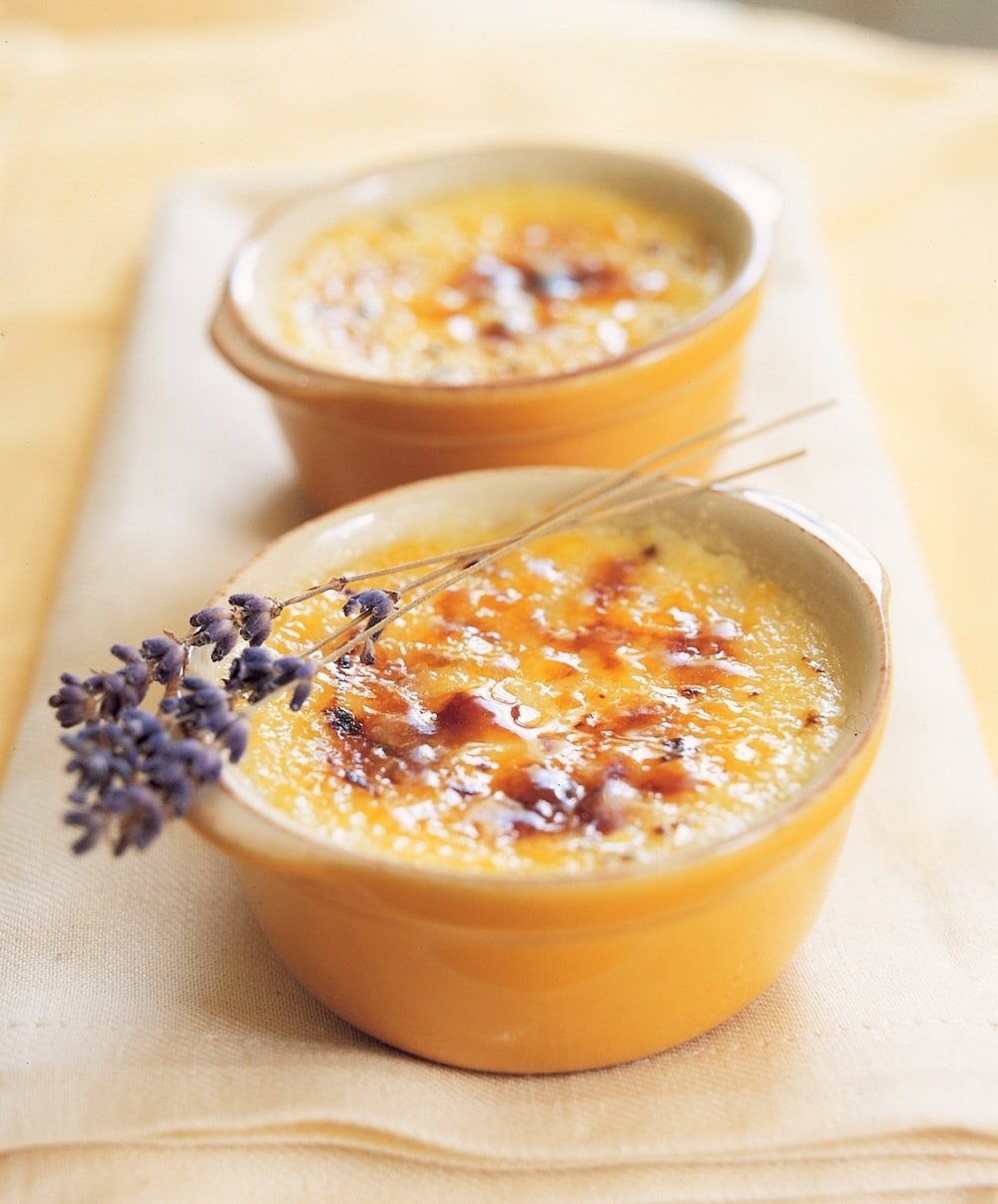 Dwight only indulges in about two bacon-and-egg breakfasts a week anymore, but he talks about eggs the way some people rhapsodize about their favorite cake. “When you fry these eggs the whites stay up, not spreading thin all over the pan. Then there’s the dark orange yolk on top, just like the rising sun. They taste so good.” Loretta agrees. And so does their neighbor, Tom Schaub, who takes all the eggs they can’t use. He’s in his 70’s and only knows farm fresh, and he’s not going to start buying store-shelved now. Loretta says it can be up to five weeks after an egg is laid that you finally consume a conventional grocery-store egg, which can be tasteless or even bitter.

But not the eggs Dwight has in his bucket. These are lovely and mellow. They’ll make fine fried egg sandwiches on wheat toast sliced from the loaf. Huevos rancheros with a side of spicy beans. The yolks can make ice cream and custard and a glorious hollandaise. The whites will give a shiny glaze to the braid of a big eggy challah and make a mountain of meringue to top a lemon pie. I pull away from the red farmhouse, two dozen impeccably fresh eggs in my back seat, each filled with possibility. 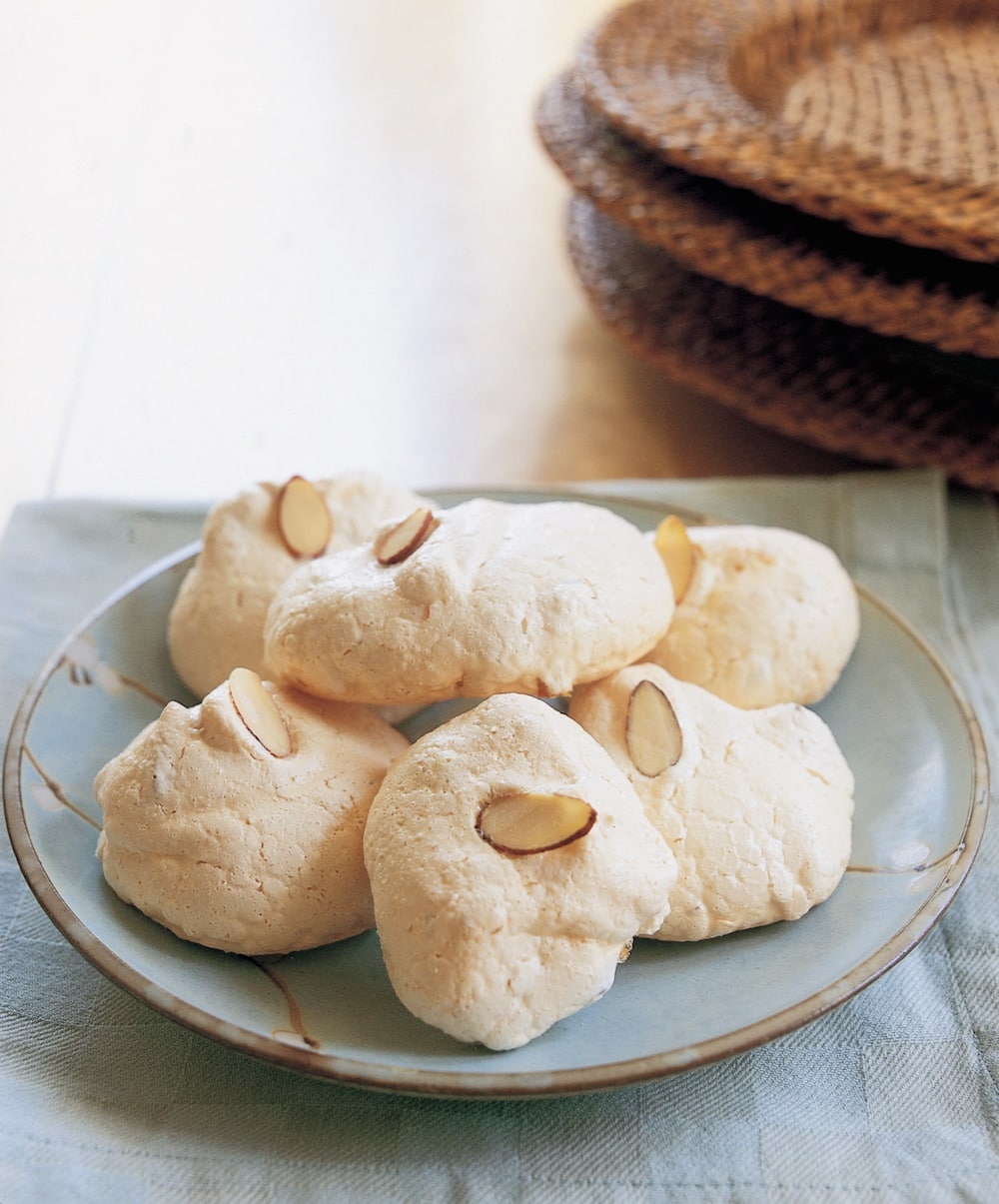 This article was featured in the April 2006 issue of Traverse, Northern Michigan’s Magazine and updated for the web in March 2017. Photos by Todd Zawistowski.