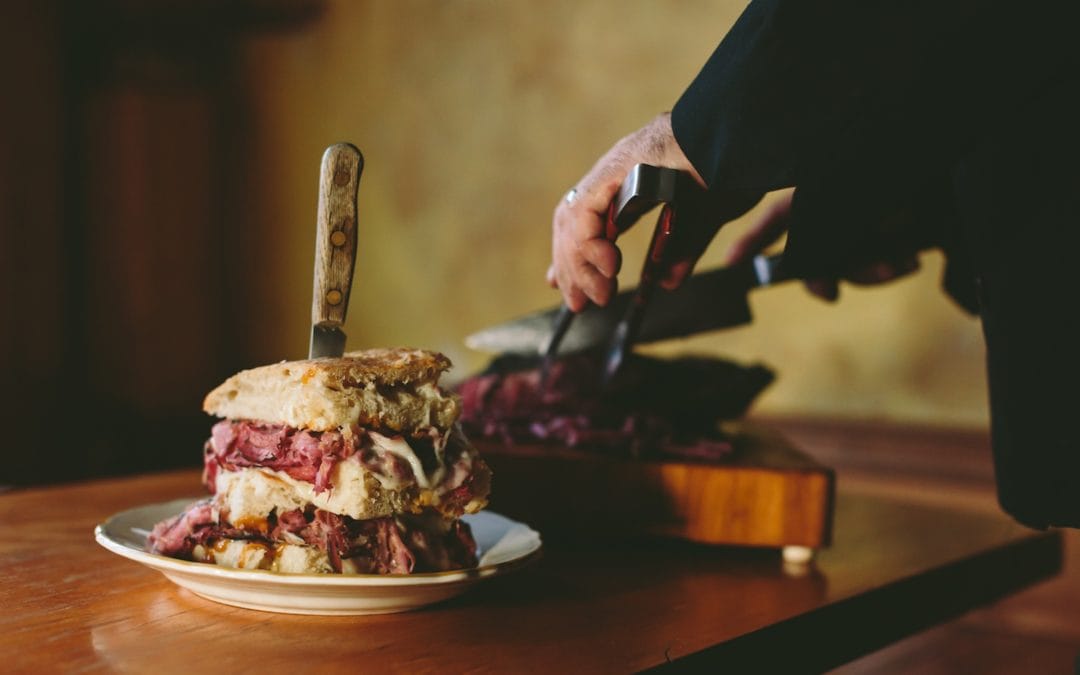 Just take a second and appreciate this sandwich. Wow. (We’ll tell you where to find it below.) Now, savor these 40 food favorites, picked by Northern Michigan foodies, and put them on your taste-bud bucket list.

Dig in to the March Food Issue of Traverse, Northern Michigan’s Magazine!

Get your own copy for the local scoop on the NoMi food scene—like where to get the perfect macaron and the recipe Mario Batali cooked for the Obamas.
#yumbang 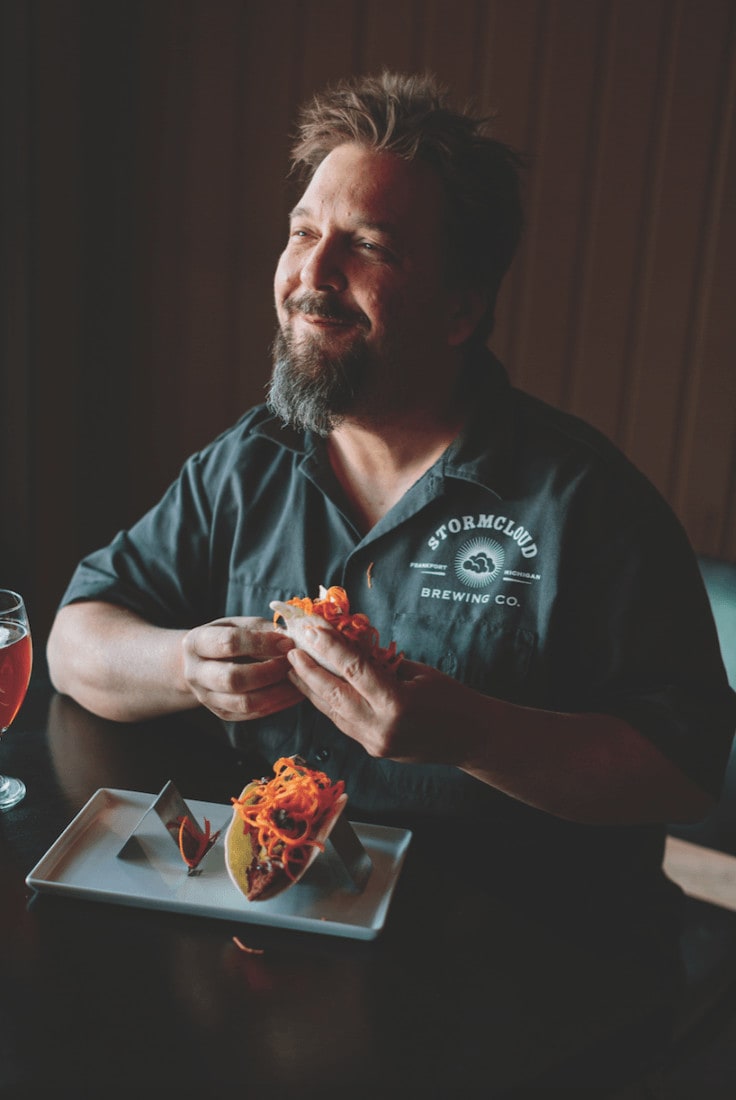 Formerly a commercial photographer reborn as the owner/brewmeister of Frankfort’s Stormcloud Brewing, Brian Confer is a renaissance mensch of food and art. Brian fell in love with food behind the camera as he watched Northern Michigan’s nascent food scene take shape in the 1980s and 90s with restaurants like Tapawingo, Windows and the Rowe Inn. After photographing a feature on up-and-coming craft brewer Joe Short, Brian resolved to get into the beer game himself and now crafts masterful Belgian-style ales at his brewery and taproom. A recent stay in Philadelphia’s Chinatown has put Brian on a mission to master Korean cooking at home.

The Farthest Shore | Stormcloud Brewing Company
303 Main Street, Frankfort | 231.352.0118
Yes, he picked his own beer but what’s not to love about this rich and somehow lithe Belgian strong ale suffused with dark fruit, noble maltiness and 10 percent alcohol. Go slowly. 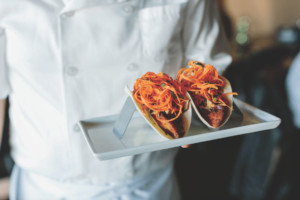 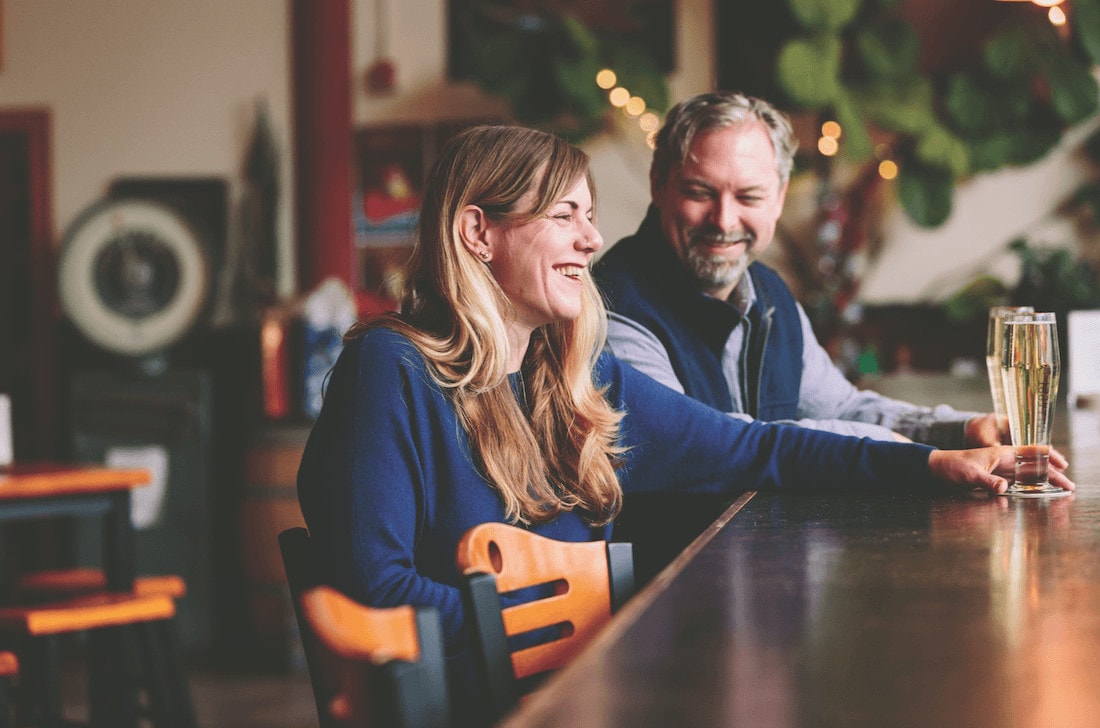 Recent transplants to Traverse City, Matt and Karin boast a global foodie résumé that folds together a generational family butcher shop, fair trade coffee communities in Northern Peru, chowing on fresh-caught piranha in the Amazon and perfecting one-pot cookery in the Alaskan bush. Matt works as operations director for Circle of Blue, a nonprofit media organization reporting on water, food and energy issues, while Karin does nonprofit project management consulting and freelance editing. Infatuated with the North’s local food scene, Matt and Karin love to troll for produce at the Sarah Hardy farmers market and cook risottos, pastas and smoked meats at home with their daughters, Millie and Luella. 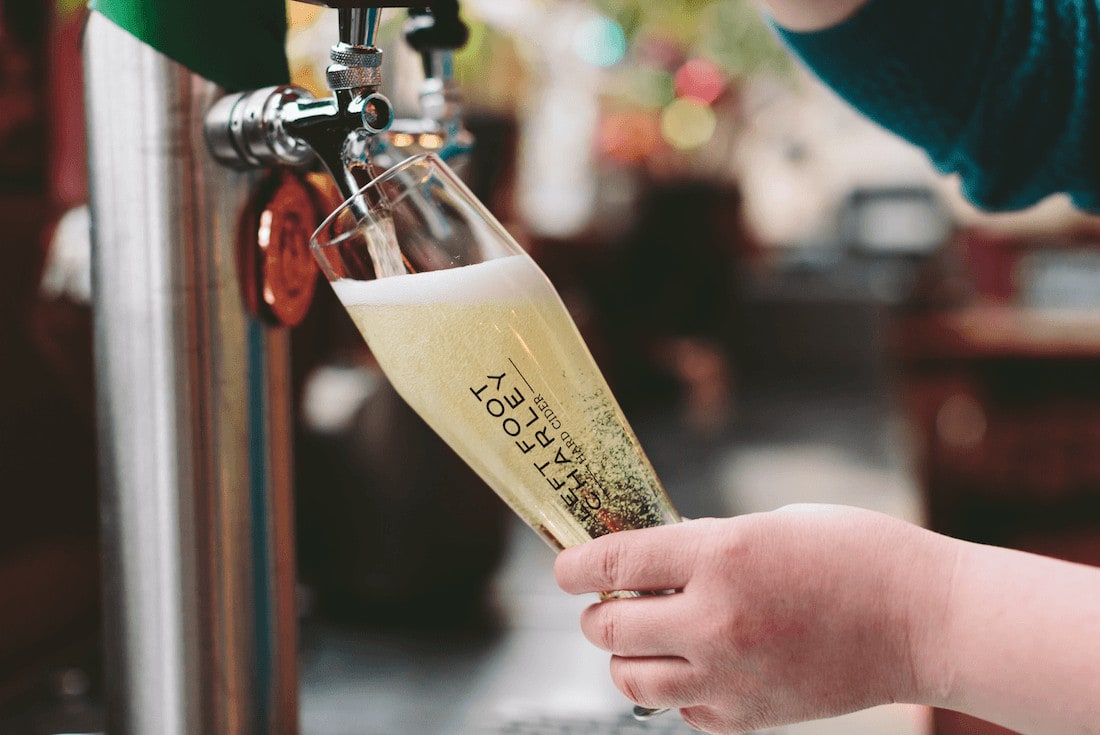 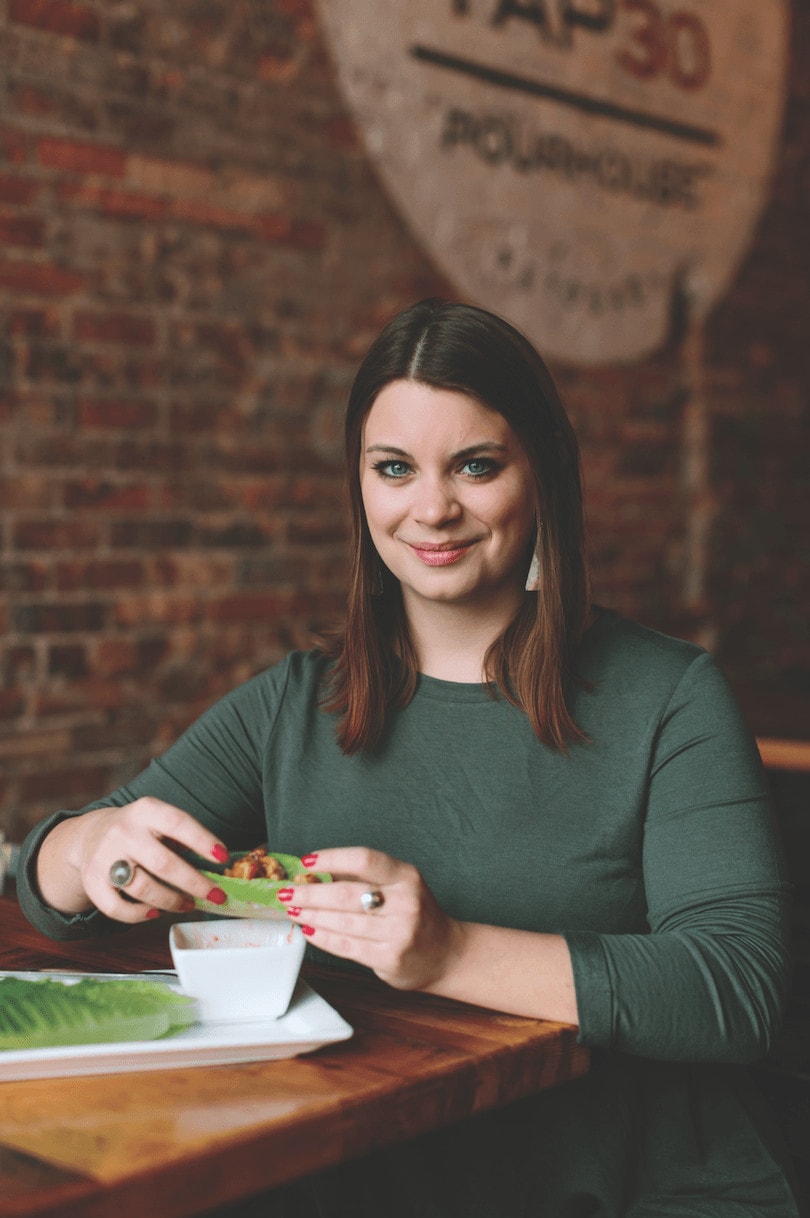 Sole proprietress of Petoskey Cheese, Katie Potts is her hometown’s de facto cheese diva and an eager advocate for local restaurants and artisan food producers. Though she began life as an impossibly picky child, Katie cultivated her foodie chops in the Windy City while studying sustainability at Columbia College and working at Pastoral Artisan Cheese, Wine & Bread. Returning home and opening Petoskey Cheese in October 2015, Katie is excited to see big city food trends creeping northward. Katie is headed to compete, for the second time, at San Francisco’s Cheese Monger Invitational and is plotting a someday visit to the Netherlands’ gouda country.

Roscoe | Small Batch at The Cupola
340 State Street, Harbor Springs | 231.242.4686
Chef Loretta and her crew actualize the chicken and waffles fantasy with a salty-sweet duality made better by bourbon maple syrup at this decadent breakfast nook. 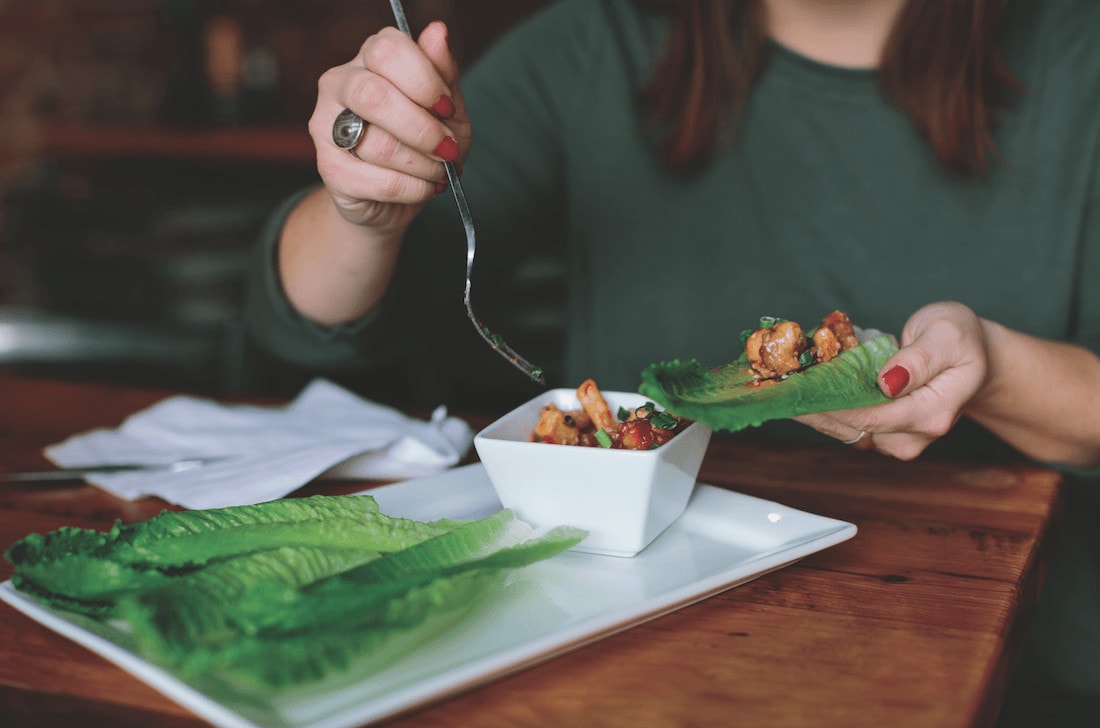 Moules and Frites | Café Santé
1 Water Street, Boyne City | 231.582.8800
A full pound of Prince Edward Island’s finest takes their last bath in the sauce of your choosing and then hits the table in a hot terrine paired with a cone of crispy fries. 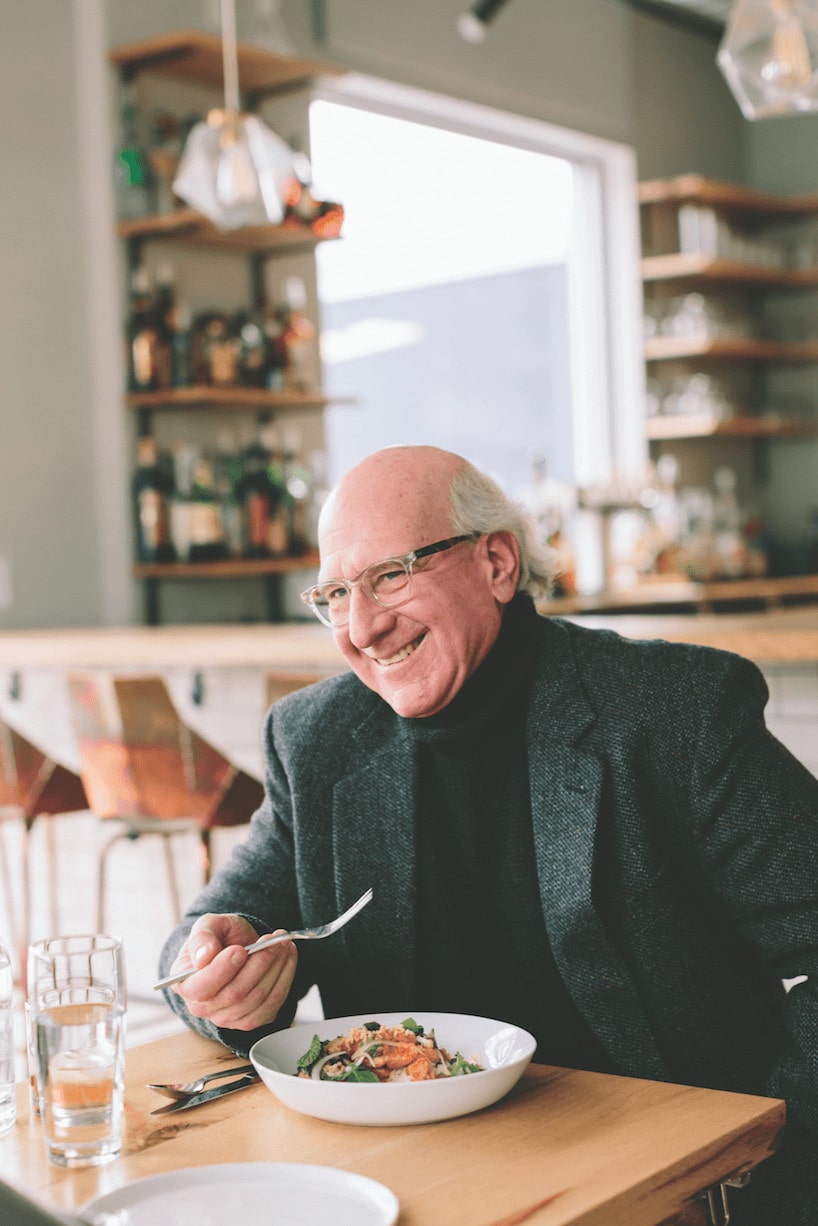 John Williams is a co-founder of the Traverse City Film Festival and a skilled shutterbug who’s shot food photography on three continents and been the lens for iconic New York Times food writer R.W. “Johnny” Apple Jr., as well as cutting-edge companies like Grillworks. When he’s not behind the camera or teaching photography at NMC, John loves to prowl the TC restaurant scene or put on multi-course dinner parties with his physician wife, Terrie, in their state-of-the-art kitchen. John is excited by the global flavors being created in kitchens around Traverse City and looks forward to a further broadening of the local food scene.

Steel Cut Oatmeal | Grand Hotel
286 Grand Avenue, Mackinac Island | 800.334.7263
John says this is the sort of porridge that plaid-clad Gallic huntsmen dream of: slow-cooked and elegantly presented with an array of dried fruits, nuts and syrups. 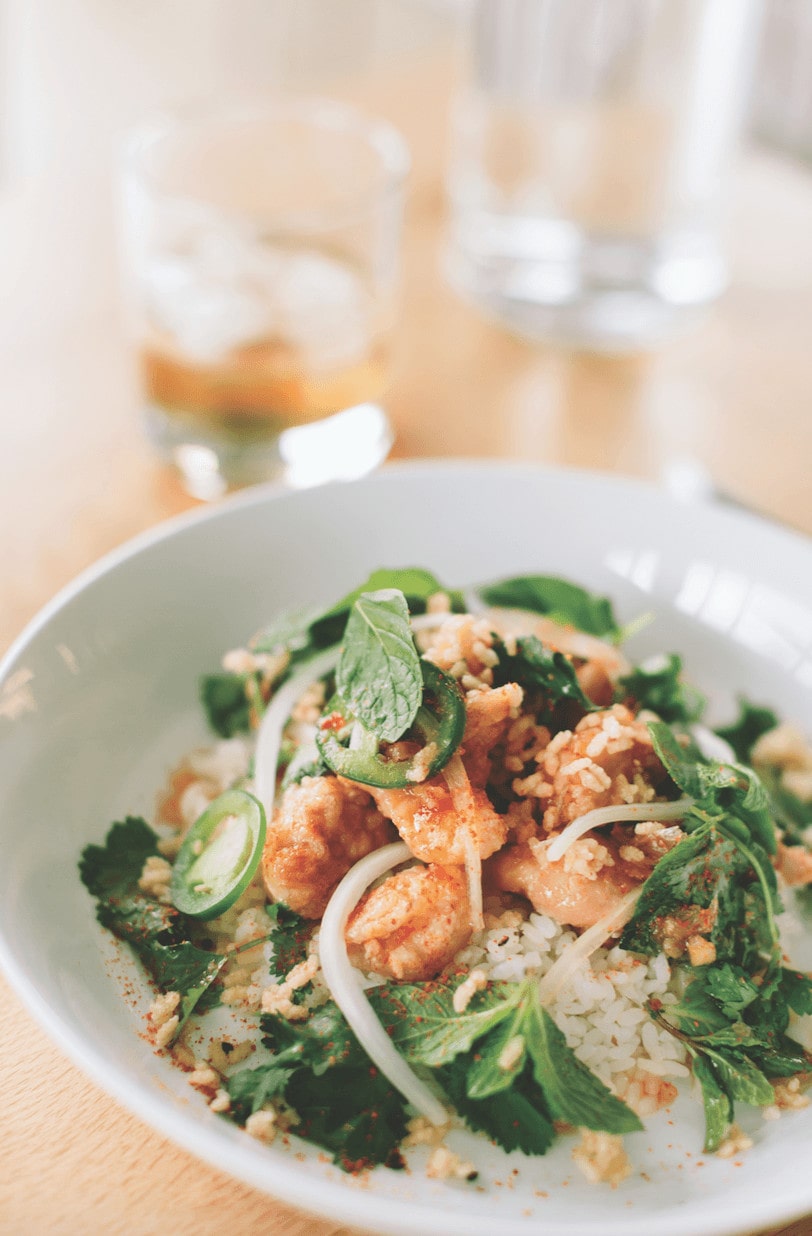 Chopped Sub Special | Mode’s Bum Steer
125 East State Street, Traverse City | 231.947.9832
It’s not on the menu, so you’ll have to flash the secret hand sign and hope it means two fist-sized patties smothered in sautéed onions and mushrooms beside a slab of Texas toast. 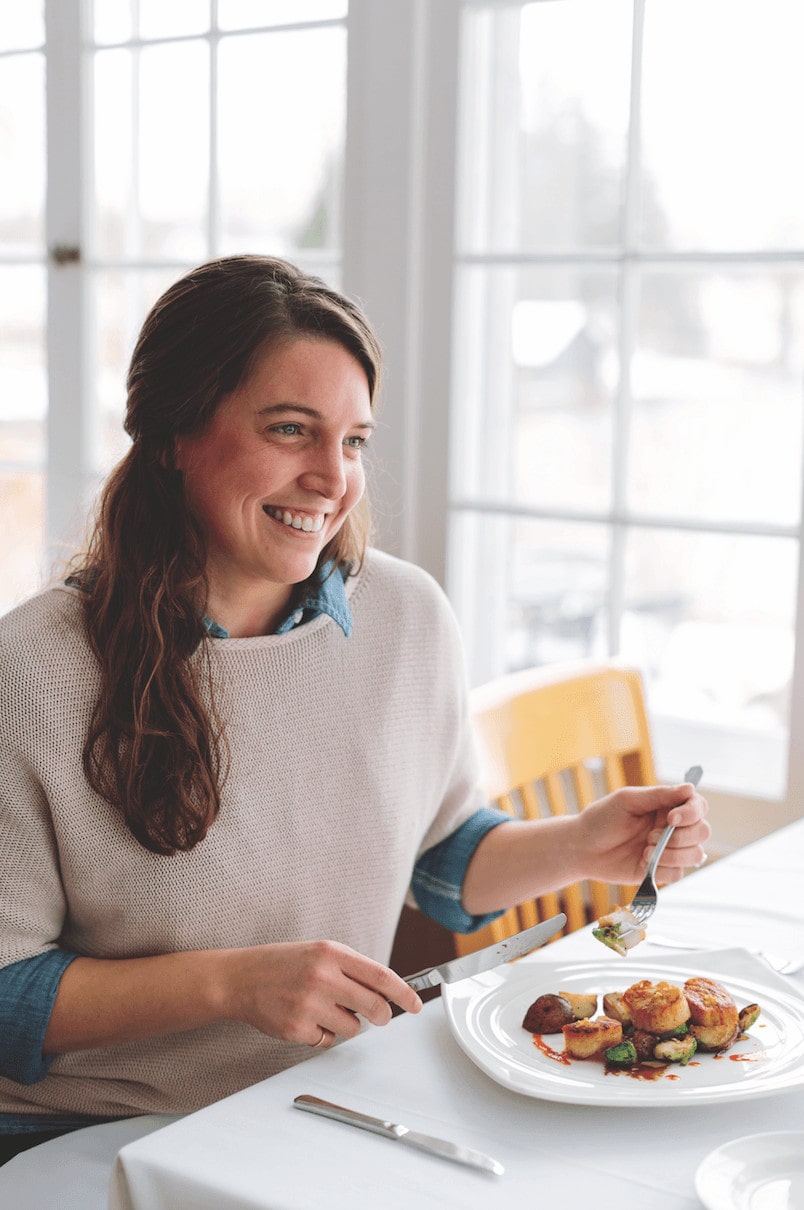 As operations director for Taste the Local Difference, Tricia has an up-to-the-minute perspective on Northern Michigan’s dynamic local food web. Coming from a culture of convenience food, Tricia had her mind blown with a CSA experience in college and went on to work at the MSU student organic farm. Tricia has since converted to become an avid home chef and an enthusiastic food tourist, learning about Michigan food communities and recently traveling to Charleston to chow down at Fig and Husk, two of the country’s hottest farm-to-table eateries. The cold months find Tricia’s kitchen aromatized with local root vegetable soups, while in summer she regularly rocks fresh spring rolls. 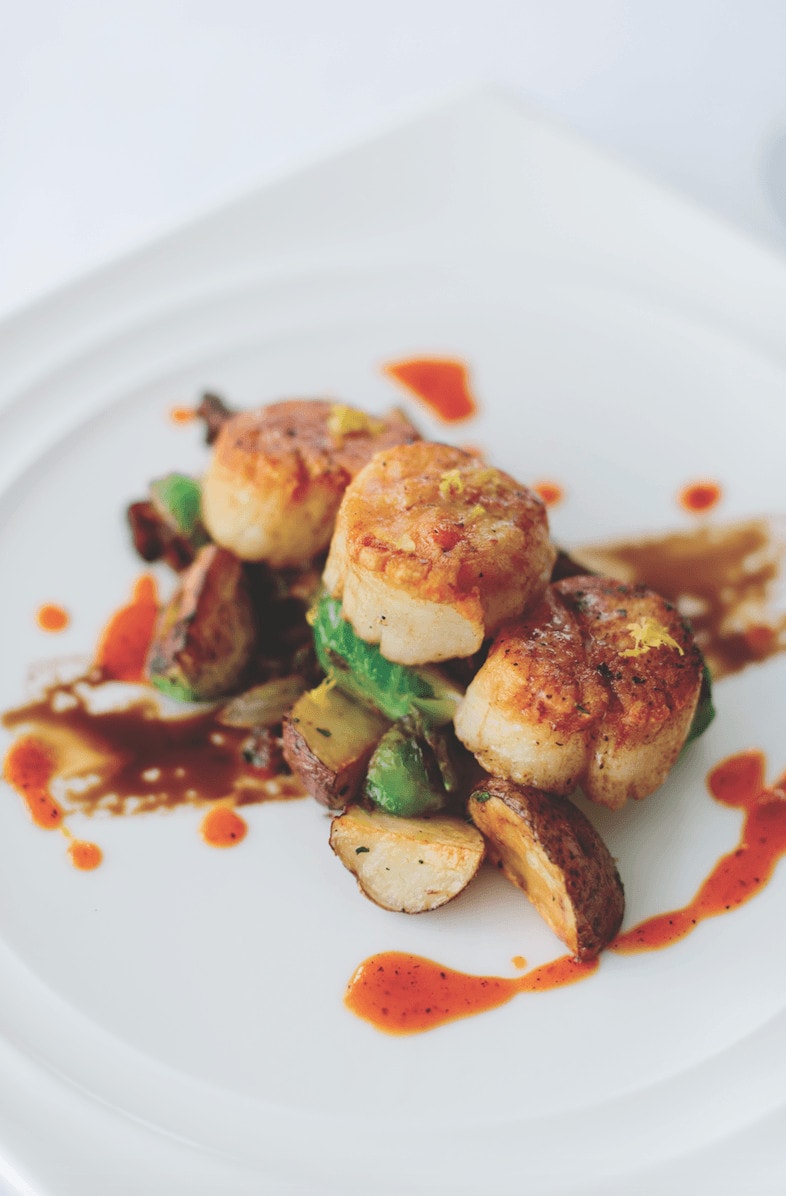 Know a foodie who loves Up North? Send them the best of Northern Michigan every month with Traverse Magazine‘s Food Lover’s Package. They’ll receive a one-year subscription to Traverse, plus the Annual Food Issue and a sample of Miracle Blend.