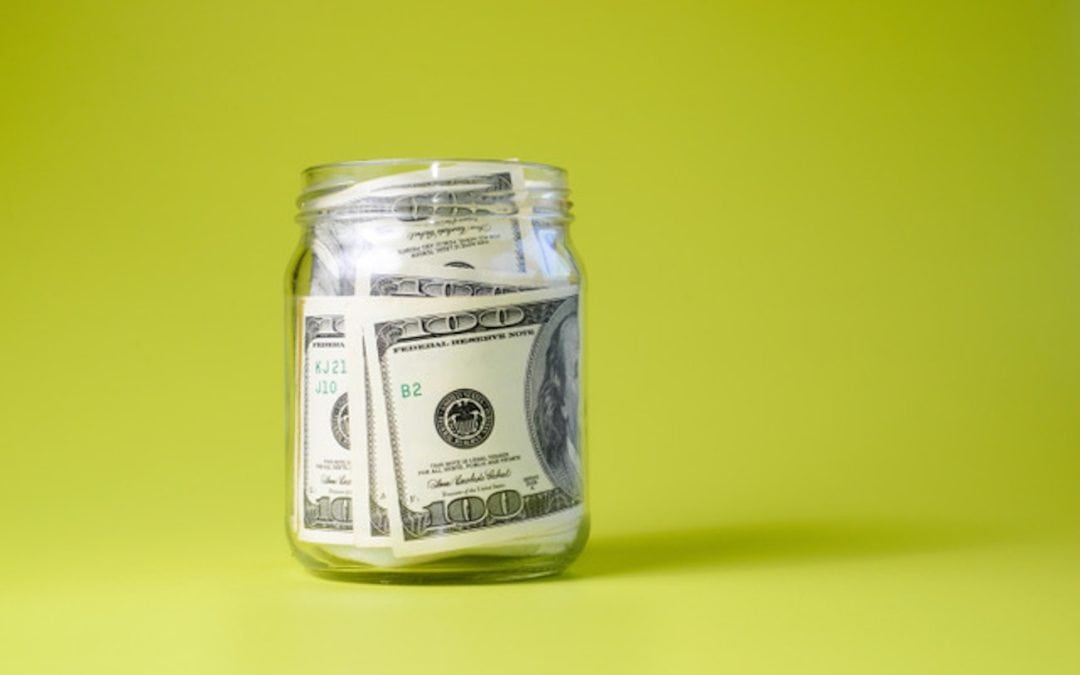 Northern Michigan charities make up the very fabric of our local communities. As a mostly rural region, our communities don’t boast large corporations making hefty donations year after year. Instead, Northern Michigan has us—communities that often feel more like families. And what has been true forever is still true today; when we put our collective effort into something, there is simply no stopping the good we can do for our neighbors, our friends, and our small towns. Innovation moves the world forward, and there is no reason why philanthropy would be any different. Here are three fresh, creative ways Northern Michigan is finding to support our own. 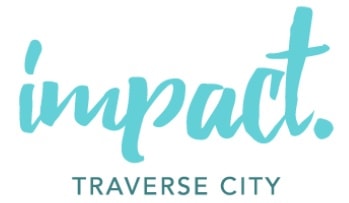 Impact 100 Traverse City is brand new but promises incredible impact through the distribution of $100,000 grants. It’s big money designed to make a real difference. Through $1,000 contributions from at least 100 local women, Impact 100 offers a model for transformational grant-making that is unlike anything else in Northern Michigan.

Wendy Steele started Impact 100 in Cincinnati, Ohio in 2001, with a small but dedicated group of women who wanted to really see what difference their charity could make in their local community. The first year, Steele gathered 123 women, received non-profit status, and gave a $123,000 grant to a dental clinic for the homeless. That transformational grant doubled the productivity of the clinic and led to a huge increase in participation from other area dentists and hygienists. People Magazine, USA Today, and CBS Evening News have all featured Impact 100, helping to grow the model to more than three dozen Impact 100 chapters around the world that have in turn donated more than $45 million to needy programs—one $1,000 check at a time.

Now, Wendy Steele lives in Traverse City, where a passionate board of local women led by Allison Beers and Diana Milock is, in their words, “getting ready to change how we lift up and transform the community by harnessing the power of women.” The now-global philanthropic model is simple and powerful: gather a group of dynamic women together to each give $1,000, 100 percent of which is pooled together to substantially fund one single charity. (If the group reaches 200 women, two charities would be granted $100,000). The individual donation of $1,000 is very intentional according to Steele, “One thousand dollars is a stop and think gift,” she says. “You will follow that gift; you will be deeply connected to it. One thousand dollars changes the trajectory and level of involvement in your philanthropy.” Though most women do become deeply invested in their gift and the process of choosing the non-profit recipient, the model requires no time commitment from participants.

Impact 100 Traverse City will include a five-county region—Grand Traverse, Leelanau, Antrim, Benzie, and Kalkaska—and award grants in five passion areas: Education, Arts and Culture, Family, Environment, and Health and Wellness. Not only do they promise significant impact in the community but a unique experience for their members as well with a very structured, completely transparent and open grant application. Impact 100 members (every person that has donated $1,000) assess the grant applications and ultimately vote on the grant recipient after applications, interviews, and facility tours. Impact 100 TC is currently growing its membership and will be accepting applications from non-profits at the end of April.  For more information on getting involved, visit impacttc.org. 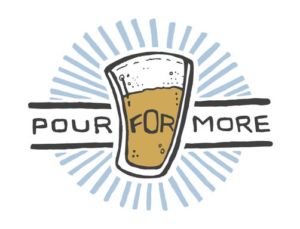 Pour For More is less than a year old, but pint by pint, pour by pour (as its motto goes), Pour For More is already making a significant splash in Northern Michigan charities. Started by Tina Schuett, co-owner and brewer at Rare Bird Brewpub, Pour For More was born with the idea of compounding micro-scale donations into a single macro fund that makes a significant, consistent impact in the local community. The latter part of 2016 saw Rare Bird alone give as much as $1,700 each month and now, in 2017, Pour For More’s evolution will bring together breweries, taprooms, wineries, coffee shops, and other venues serving locally crafted beverages into a veritable army of pouring philanthropists. 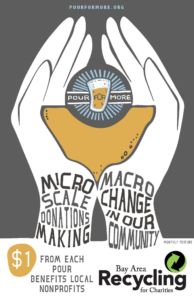 The twist is that the philanthropy is actually yours as the consumer; the participating venues are the facilitators. The designated pour from all participating venues is marked up one dollar, which is then donated straight through. The money is combined and distributed evenly per quarter, while each month one single charity is given the limelight to share their message. Now 15 different organizations are currently participating with more encouraged to join. It’s a creative concept that takes a passionate Northern Michigan beverage community and makes it super easy to give back by simply sipping a little more intentionally.

“My favorite story is when we featured Boardman River Clean Sweep,” says Schuett. “We raised somewhere around $1,600, and when I gave the check to the founder, Norm, he was so excited—this was what they normally raised in a whole year. To me that was huge! I couldn’t believe that we had single-handedly funded this small nonprofit doing very important work in our area. That is our whole goal—keeping the money local, and the more grassroots the better.”

This month, Pour For More’s charity is the Traverse Area District Library, which will be putting their donations toward revitalizing the children’s department. Goodwill’s Food Rescue and the Disability Network of Northern Michigan are the featured nonprofits in March and April respectively. For the whole list of 2017 non-profits chosen or more information on how to get involved, visit pourformore.org. Want to start drinking for a cause? Participating venues include: 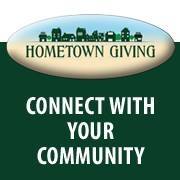 Hometown Giving wants to revolutionize the way Northern Michigan gives. Cameron Clark grew up in Beulah, the son of small business owners and very cognizant of the daily struggle to compete with big box stores and the homogenization of America as he calls it. Add to that a career working in the non-profit sector—Clark has done everything from managing residential facilities for at-risk students to founding a charter school to working with the Juvenile Court Administrator for the 19th Circuit Court. His front row seat to the ongoing struggle of non-profits – finding funding for their grassroots campaigns – gave Clark his new mission.

Established in 2014, Hometown Giving is an online giving portal based on three main features: Give a Gift, Redeem, and Donate. As an online community that changes the way people support their local businesses, charities, and non-profits, Hometown Giving allows seasoned philanthropists and random neighbors alike to find and support both local causes and local businesses.

Think one-stop shopping: purchase a gift certificate for a loved one to any number of shops, restaurants or services (an email notification will be sent to them; no fuss on your part!) or simply support your favorite local charity with a few clicks of the button. The online portal offers high visibility for small nonprofits to share their message and receive donations all while connecting both donor and recipient. “You won’t need to know exactly what to buy your friends and relatives,” says Clark. “When they receive your email saying you’ve given them a gift credit from Hometown Giving, they get to make the choice of how they’d like to use it, (including places like Stormcloud Brewing Co. in Frankfort, Northern Decor in Beulah, The Roadhouse Mexican Restaurant in Benzonia, Benzie Area Christian Neighbors, or Norté Youth Cycling to name just a few).”

In 2015, Hometown Giving had about 45 participating businesses and charities. In 2016 that number tripled and grew from just Benzie and Manistee Counties to an eight-county region in Northern Michigan. “Usage has increased 600 percent from 2015 to 2016,” says Clark. “People are starting to hear about Hometown Giving and learning how it works, not only businesses and charities, but individuals are learning what a great option it is for giving to one another.”

Want to get involved? Northern Michigan businesses and charities/non-profits can join for free by simply going to hometowngiving.com and submitting the simple application. Hometown Giving then forwards 95 percent of donations and gift certificates on to the charities and businesses that are selected. More information is available here.