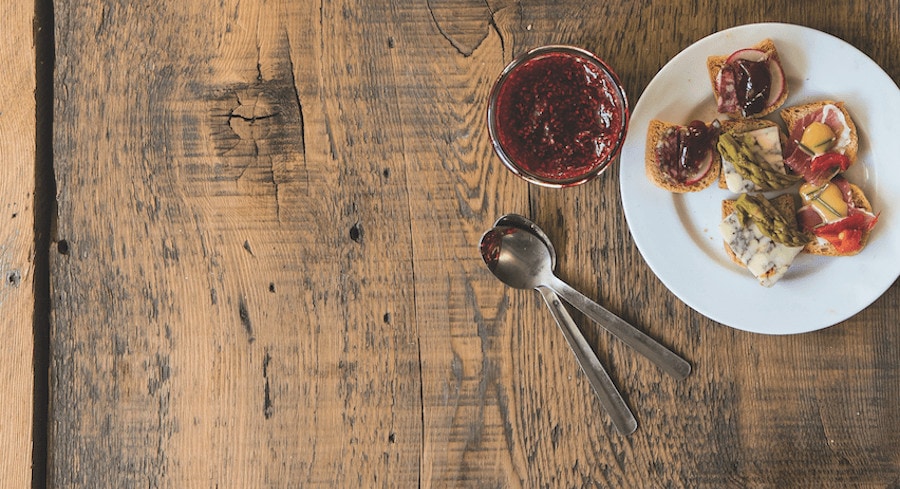 It’s always been good food, but now it’s Good Food—with an award to prove it. The organic and wild-foraged specialty food business Food For Thought of Honor, which has long been praised for its preserves, salsas, and mustards, has now been recognized as a Good Food Award winner for its Blueberry Lavender preserves. (Check out other local winners here.)

The Good Food Awards are given out in 14 categories, from beer and cider to cheese and chocolate. The awards celebrate what the organization says is “the kind of food we all want to eat: tasty, authentic and responsibly produced.” Food For Thought founder and president Timothy Young says, “Good Food Awards shares our values that combine top-end gourmet quality with a deep commitment to environmental responsibility and agricultural justice.” 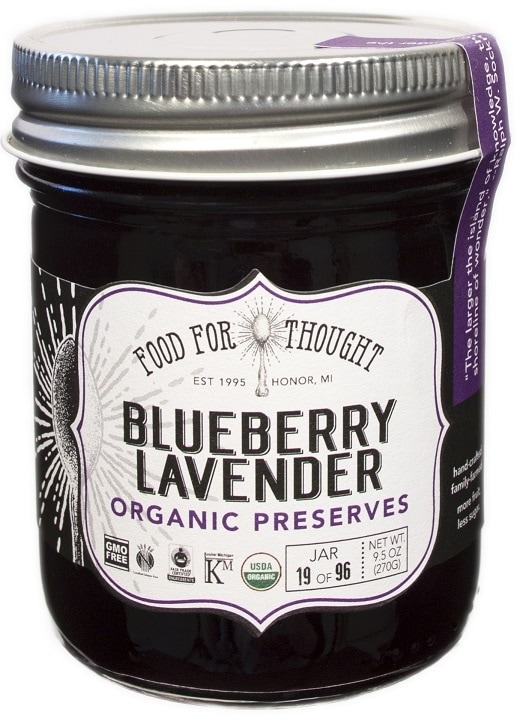 This year there were a total 2,059 entries from 38 states. A blind taste test narrowed the field to 291 finalists, all which must meet GFA’s criteria for ingredients that are foraged or grown with transparency in the supply chain, with no high fructose corn syrup or artificial ingredients, preservatives or colors; no GMOs; a balance of local, organic and high quality ingredients; and spices that are fair trade and traceable to the farm level. The lavender used in the preserves come from Young’s 10-acre, USDA-certified organic farm in Honor, while the blueberries are sourced from Pleasant Hill Farm in Fennville, which has been providing certified organic blueberries since 1977.

This is actually Food For Thought’s second go-round with the Good Food Awards. Young previously entered the same preserves when the contest was first announced six years ago. That first time, the preserves didn’t win, but for a reason that Young thought inappropriate. “At the time, the emphasis was organic, local, sustainable, non-GMO. They said I didn’t use local sugar,” says Young. One problem—there is no locally available sugar that would meet the contest’s rules and regulations. “One hundred percent of the U.S. sugar beet crop is genetically modified. I sent that exact same jar in five years later and won.” Young goes on to note that even the nation’s sugar derived from sugar cane cannot be certified as organic, as all the processors mix from the various sources. “The closest we’ll get is (sugar from) Cuba if it opens. The agricultural lobby will probably try to keep the market closed.”

Lest that sound like sour grapes, err blueberries, Young sees the awards as a valuable benchmark for the industry. The award’s emphases reflect Young’s own values for his company. Young believes the organization’s base in San Francisco precluded it from understanding the nature of his sourcing when it was first entered. “I think they were just a little green at the time,” he says. 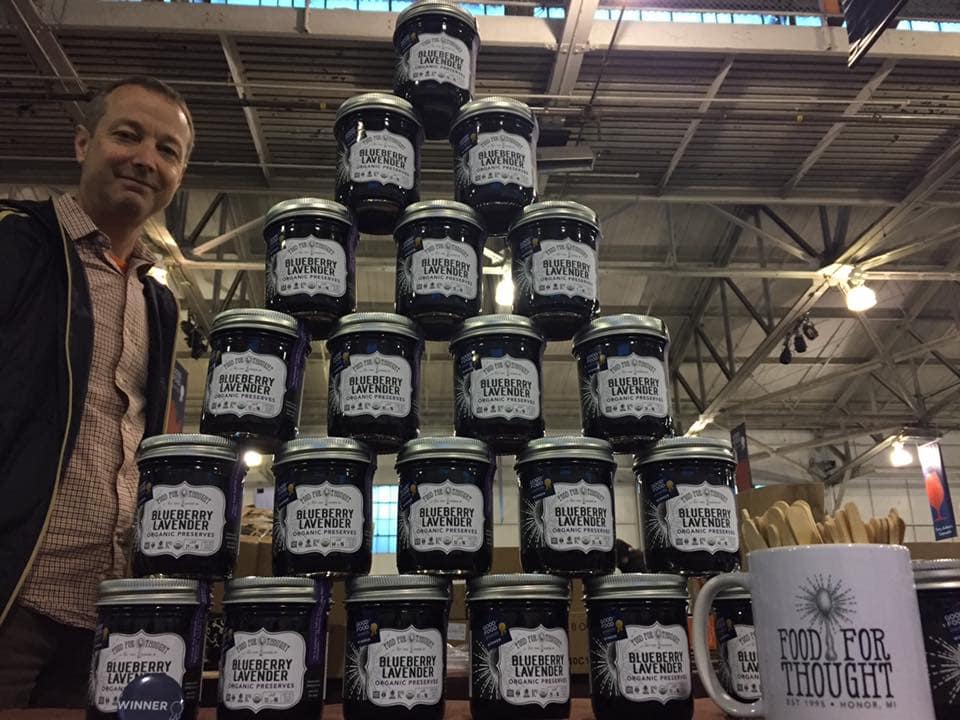 Food For Thought founder and president Timothy Young represented his company at the Good Food Awards Marketplace in late January.

The award is not the only news for the company. Three years ago Young brought in his brother Greg as the CEO and CFO, and the two have now embarked on what is probably the biggest change in the company’s history. As previously reported in a Q&A with Young, the company is moving lock, stock and farm implements to the former Long Lake Elementary School. That will allow the Youngs to centralize all the company’s operations.

“We did production and farming here, had the office here, but the warehouse is three miles away, and the frozen foods are in Traverse City, so there will be some built-in efficiencies,” he says. After more than two decades of working at a facility located right next to his house between Honor and Empire, Young is now facing a slightly longer commute. “I’ve been used to walking three minutes to work, now it will be a 20-minute drive. We’ll continue to so some farming and other operations here, but the majority we’ll be taking to Long Lake.”

Young says Food For Thought will occupy half the building and plans to develop the rest into spaces for startups and other small food entrepreneurs, as well as preserve some of the classrooms for educational purposes. “We’ve been talking with NMC and instituted talks with Munson,” he says. Young is also hopeful there may be some common space for retail sales for those who have facilities in the building.

And like the land surrounding his home and present facility, he will also use the grounds as a farm. “It’s close to 10 acres we plan to be farming. Seeding, cultivating, marketing, shipment will all be in one location.”