Back To The Roots: Woody Pines at the Crooked Tree Arts Center 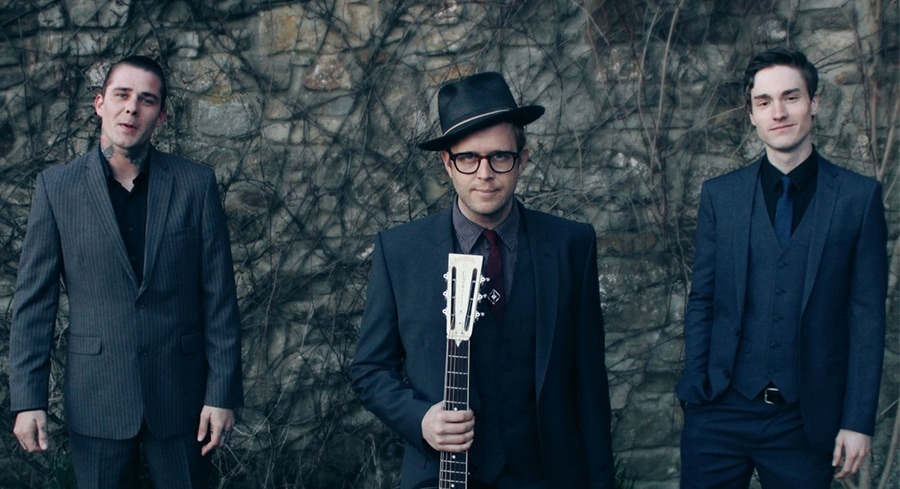 Artist
Woody Pines, whose Southern-influenced music harkens back to days gone by. 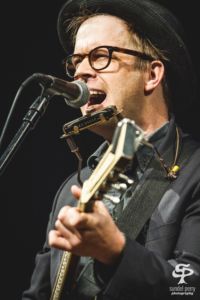 Hailing from New Hampshire, Pines cut his teeth playing summer festivals on the West Coast and busking on the streets of New Orleans with the sounds of country blues, jugband, hokum, and hillbilly. Quite a stretch from his first musical experience, on a Sears drum set he got for Christmas when he was 8. “I was completely enraptured by it and played all the time,” he told UpRooted Music Revue. His father built guitars and had a collection of Bob Dylan songbooks, so it was only a matter of time before he gravitated in that direction. He and his friend Felix Hatfield, with whom he still writes songs, hitchhiked to Pete Seeger’s house in upstate New York at 17, meeting him at small church where he was playing. They went on to meet Ramblin’ Jack Elliott at his motel in Oregon and Utah Phillips at a concert in Portland, Oregon. He and Gill Landry (Old Crow Medicine Show) started the Kitchen Syncopators at the Oregon Country Fair, a festival in the woods in near Eugene. Pines played fiddle and a cheese grater for percussion and Landy played guitar. On the advice of a street musician in Seattle, they decamped for New Orleans, where they furthered their musical education by busking. From there, it was on to North Carolina and since then, across the country. 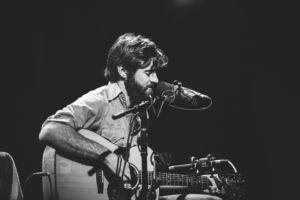 Additional Background
Pines’s music features catchy rhythms and similarly jumpy lyrics, all bouncing along with a sense of joy. “I definitely try to put as much fun into my music as possible. To me, playing music for a live audience is the most fun anyone could ever have,” he told CarbondaleRocks.com. Pines has traveled across the country, road-testing his songs, drawing from the catchiest elements of the music he loves and adding in hopped-up vintage electrification to get that old country dancehall sound down. His first solo album, Rags to Riches, came out in 2006; his most recent is the self-titled Woody Pines, released in 2015.

Special guest John Craigie hails from the Pete Seeger/Greg Brown school of folk, though he also draws from such disparate sources as Joni Mitchell, Wilco and Pearl Jam. He’s released nine studio albums, three live albums, and two cover albums over the course of his career, as well as performing around the world, from festivals like Burning Man to sharing the stage with Shawn Colvin and Aoife O’Donovan.

“Pines, on stage, is an old soul and natural performer, storied and steeped in the best of American music.” – Alli Marshall, Mtn. Xpress, Asheville, North Carolina

Ticket information
Tickets are $20 for adults, $10 for students; Crooked Tree Arts members will receive a discount.

Check out More of What is Happening Out and About: