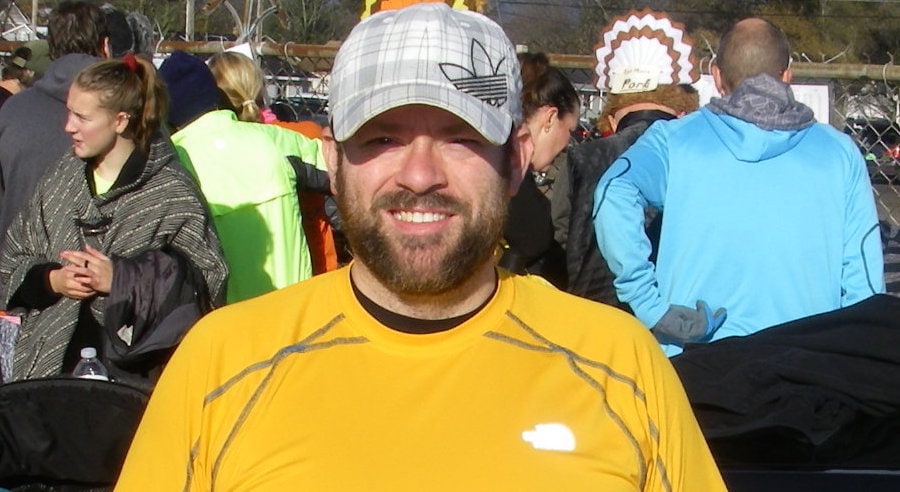 You are about to meet heroes, many of them are your friends and neighbors. Our heroes improved their lives and in many cases saved their lives because of their dedication to exercise. Meet our first hero, Jonathan Basler. Jonathan dropped weight from 336 pounds to 210 pounds—yes, he lost more than some of you weigh—126 pounds through Bariatric Surgery, good diet and exercise. Jonathan has participated in several local races including half-marathons. He plans on dropping more weight as he prepares to run one of the Bayshore races. He has started an exercise group at his workplace. 25 co-workers joined him at the TT. His co-workers should know what they are doing because they work for a prominent medical clinic and all are health-care professionals who deal every day with the risks associated with lack of exercise. Go get ’em!!

Meet hero Amanda Froelich. Amanda is 37 years old and is developmentally impaired. She walks and runs regularly. In addition, living on a farm, she feeds her animals and cleans-up after them. Amanda ran/walked the TT with her sister, Dr. Becky, a veterinarian from Ohio who is a hero in her own right, having undergone recent back surgery. The sisters agree: “Exercise is good for you. It makes you feel happy and better inside.”

Meet hero Dan Bullard age 75, from Connecticut, he says running gives him a positive attitude especially after prostate cancer, a heart valve replacement, and a hip replacement. Dan lost 30 pounds, stopped smoking two packs a day, feels and looks great. His blood pressure is down, his resting pulse is 48, and his triglyceride level is only 112. Dan’s advice, “Start slowly and taper off.” Haha! Dan’s daughter, Gretchen, 49 from TC, lost 40 pounds with exercise.  Meet hero Tony Jacobson, 32, of TC who, along with his wife, ran the race pushing his infant child in a jogging stroller. He recently had knee surgery and now runs in “minimalist shoes” which helped him get back in shape. It took Tony a while to get used to these shoes. He started slowly and gradually worked his way up. But eventually Tony was able to resume his former running distances. His advice, “Be patient.”  Dave Dirkse, 74, from Holland, Michigan, is a former smoker. He proudly is currently taking no meds, only vitamins. Dave attributes this to his exercise. His friend, Jeannie Dawson, has a history of high blood pressure in her family. Jennie’s blood pressure is a low 110/70 and is attributed to exercise.

The McHaneys, Fay, 65, and Bruce, 75, from the Cheboygan area, are heroes. Fay has suffered two brain surgeries for cancer. She placed in the TT in her age group. Bruce took a prize in his age group today and placed in the Crim Combo, a highly acclaimed twin race in the Flint area. Carrie Sorenson, 56, of TC, ran a 50K race in Quebec last month. Running gives her a chance to experience the beautiful outdoors and enjoy overall good health. Carrie knows of what she speaks as a PA at Munson cardiology. Dr Kevin Omilosik, ran with Carrie at the Quebec  50K. Dr Omilosik is an emergency room doctor and sees the daily effects of little exercise. How does the Doc find time to exercise in spite of a busy schedule? “Because the need for hypoxic thoughts, those low oxygen times when your brain can really come up with great ideas, is essential.” Tony Anderson, ran a marathon last month in Nevada as he raises funds for Big Brothers-Big Sisters. No unusual feat, except that Tony recently had a hip replaced. Tony says he finished the race with no pain. Meet hero Jake Rossi, 48, of TC. Jake runs because it makes him more physically fit and therefore more mentally fit. Jake is a mental health worker at Munson Medical Center. He says; “Our physical health is tied so much to our emotional health. Think about impact of sleep on health.”

Last, but far from least is our hero Mary Hagan, the mother of race founder Brian Hagerty and his sister, Anne. Mary, who has assisted in all the TTs recalls the first year of the race, when Brian started at 4 a.m. setting out all the roadblocks and later, took them all down. There were no volunteers that year. At this TT, Mary is selling TT hats and continues cheering the runners and ringing her cowbell (MORE COW-BELL).

You might have missed your chance to be a TT hero this year. But Brian and Enid Haggerty would like to see you at next year’s Turkey Trot. Be sure to ask your doctor before starting an exercise program. Feel better: Run!

Mickey Fivenson, 74, of TC, is a stroke survivor. Mickey’s doctor credits running to his survival. He is the former director of the National Cherry Festival Races. Mickey founded the Cherry Festival Golden Mile and Wheelchair Races. He completed over 60 marathons and holds a marathon record with sons, Zack and Adam. He has trained 150,000+ miles in 48 years. Mickey placed in his age group in this year’s TT. If you’d like tips on running, on marathons, if you have a story to share how running has impacted your life, or if you would like coverage of your race, contact Mickey through the editor. 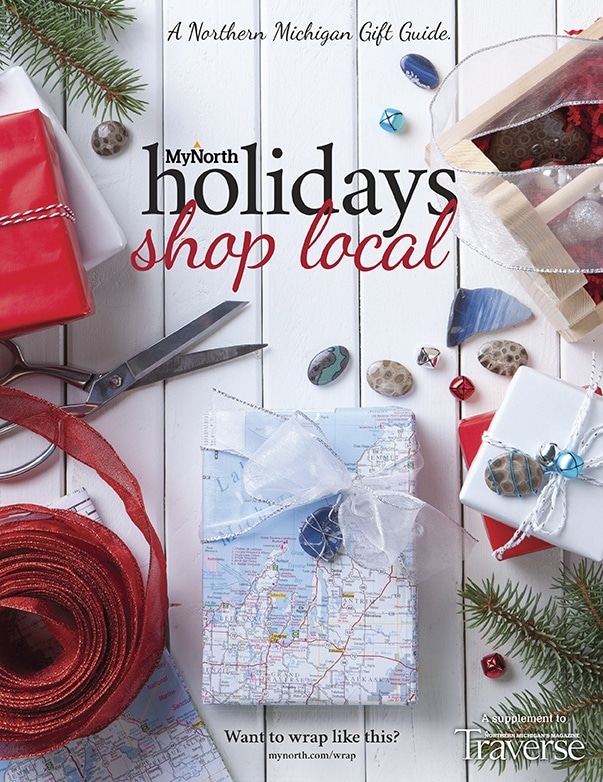 A Holiday Essay: King of the Card Table

10 Things to do in Traverse City During the Holidays