Julian Bunker swims every day he can. The dive in. The shock of cold. And then the thing he seeks: the feeling of being alive. The feeling that the world is vivid and the reminder that he is in it, immersed. He swims in Omena Bay, the picture-perfect cup-of-an-inlet three-quarter of the way north along the Leelanau Peninsula. It’s the same bay he grew up on, the same bay where, at sunrise and sunset, he has watched the sky smear with rose and turquoise and peach and orange a gazillion times. It is that fleeting light that lives so briefly between day and night that he has chosen to chase, to try to capture and convey.

As Julian recalls it, he first picked up a camera when he was about 12. “My mom had a basic SLR, film, I carried it around with me,” he says. He had to be judicious about what he shot, because film was expensive and so was the processing, and he was only 12, so he couldn’t afford to be just racking through a bunch of film. But being selective made him think about every shot.

Sleeping Bear Trail Overlook: “This morning presented one of the most beautiful winter sunrises I have seen. The clouds, the dune grass, the snow … It all seemed perfect.”

Even as a boy, Julian was keenly aware of nature and appreciated it. He was drawn to ponds near his home and to places in the woods nearby. He sought beautiful scenes. “When I found the right angle of view, I would stare at it. I believe this helped train my eye,” he says. But at the time, of course, Julian the boy had no idea that searching for a natural scene, studying it, would become his passion and profession.

When Julian was 18, he bought his first digital SLR. He took a photography class at Northwestern Michigan College, and he knew then his instinct for photography was far more to him than a passing fancy. He transferred to Northern Michigan University and studied under Christine Flavin.

Winter Empire Bluff Overlook, South Bar Lake, Empire: “My wife and I have made this hike countless times, spring through fall, but had never made it in winter. The weather was calm and pleasant, and the lighting reflected the weather conditions.”

She helped him see that he had focused so much on the technical aspects of photography that it was now time to evolve; it was time to consider photography as a pure art form. “She said, ‘Focus on the idea and the emotion that you want to put into this. You can take a pretty picture, but what does it mean if people don’t know what it is you are trying to say?’ I really appreciated that and have never stopped thinking about it,” he says.

Now 28 years old, Julian makes a living as an electrician and photographs landscapes whenever he can. The project-by-project nature of his trade allows him to take breaks for trips to wild areas to photograph. In late October, he was just back from a six-week journey with his wife, Robin Ostrowski, to wild places in the American West.

The Dune Climb, Glen Arbor: “This is one of my favorite photos. Not only was the lighting amazing, but also the temperature was -20, and the harshness added to my appreciation of the moment.”

But his favorite place to shoot is much closer to home: Sleeping Bear Dunes National Lakeshore. “The first few weeks in the mountains, it is beyond spectacular, but I always get homesick for the Great Lakes,” he says.

When he heads into Sleeping Bear, he typically has a detailed plan, often built around the days when the moon is low on the horizon at sunrise or sunset, trying to capture that moment when the landscape is lit by two light sources. “I put myself in position, and frame the place as I want it, and prepare to shoot,” he says.

His goal is to shoot places that people recognize—places they’ve likely been—but to capture them in rare and challenging light. “Close to twilight and dawn, on the edges of day,” Julian says. “So, there’s a sense of familiarity with the scene, but it’s bathed in rare lighting. It’s a scene people would see, but it’s captured in a way that nobody would see it. I try to marry those two concepts.”

The difficulty of his art, then, his approach, is that it is poised in such a delicate place: an image of a known place that relies on difficult and ephemeral light to endow it with an ethereal magic. Julian knows that such subtlety is rare and challenging to convey amid the media and art cacophony of today.

What is it about Sleeping Bear that speaks to Julian? “The views are more peaceful than any place I’ve been. I love how subtle and soft and calming everything feels here.” 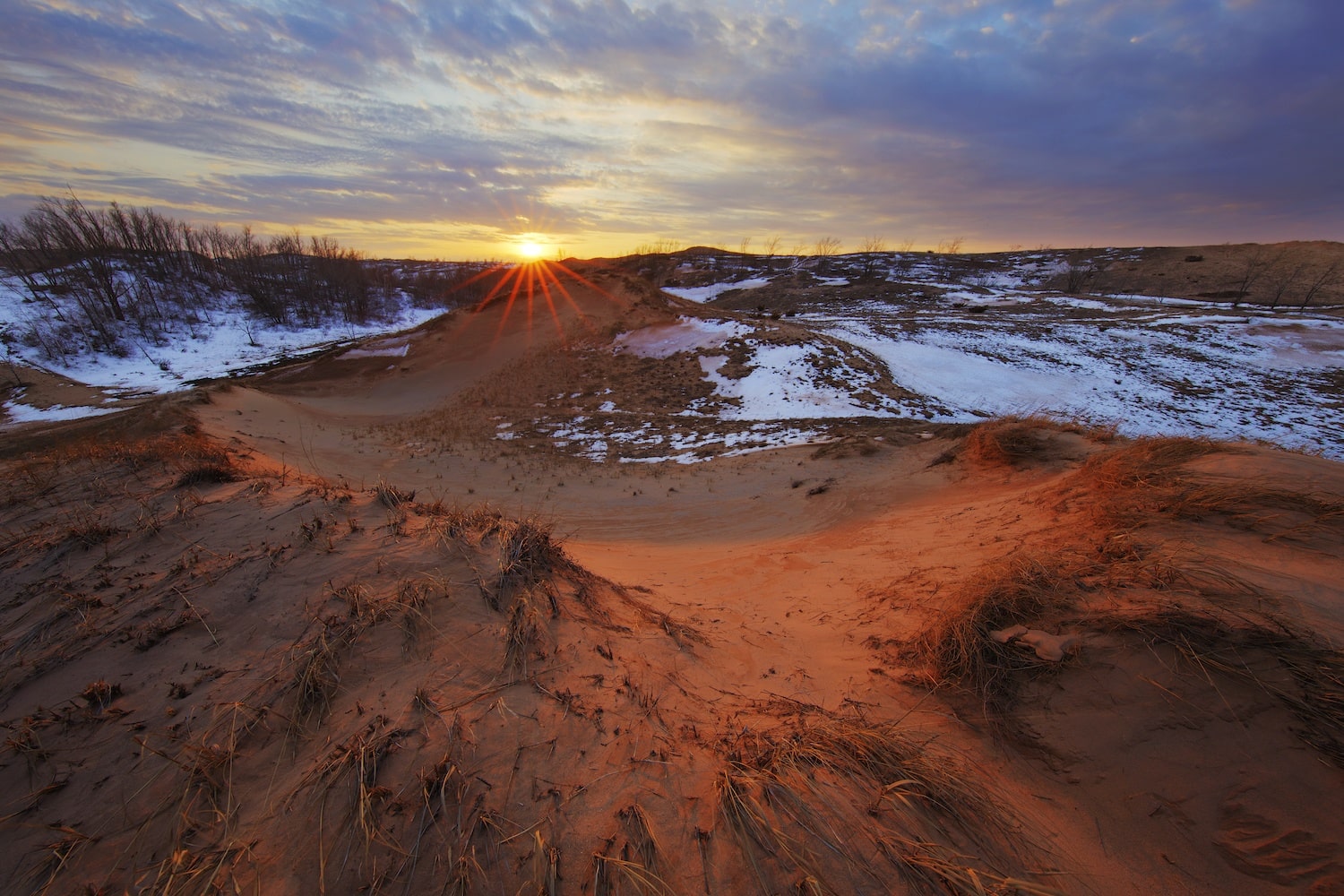 The Dune Climb in Glen Arbor 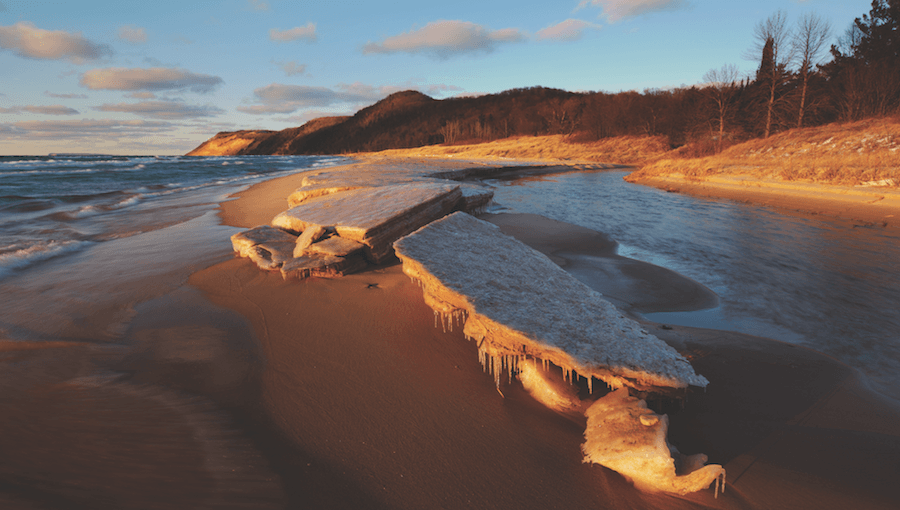 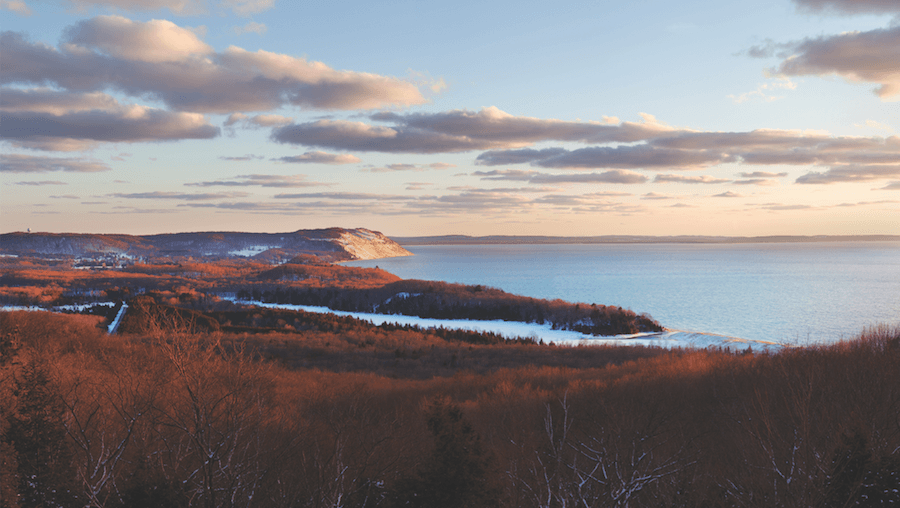 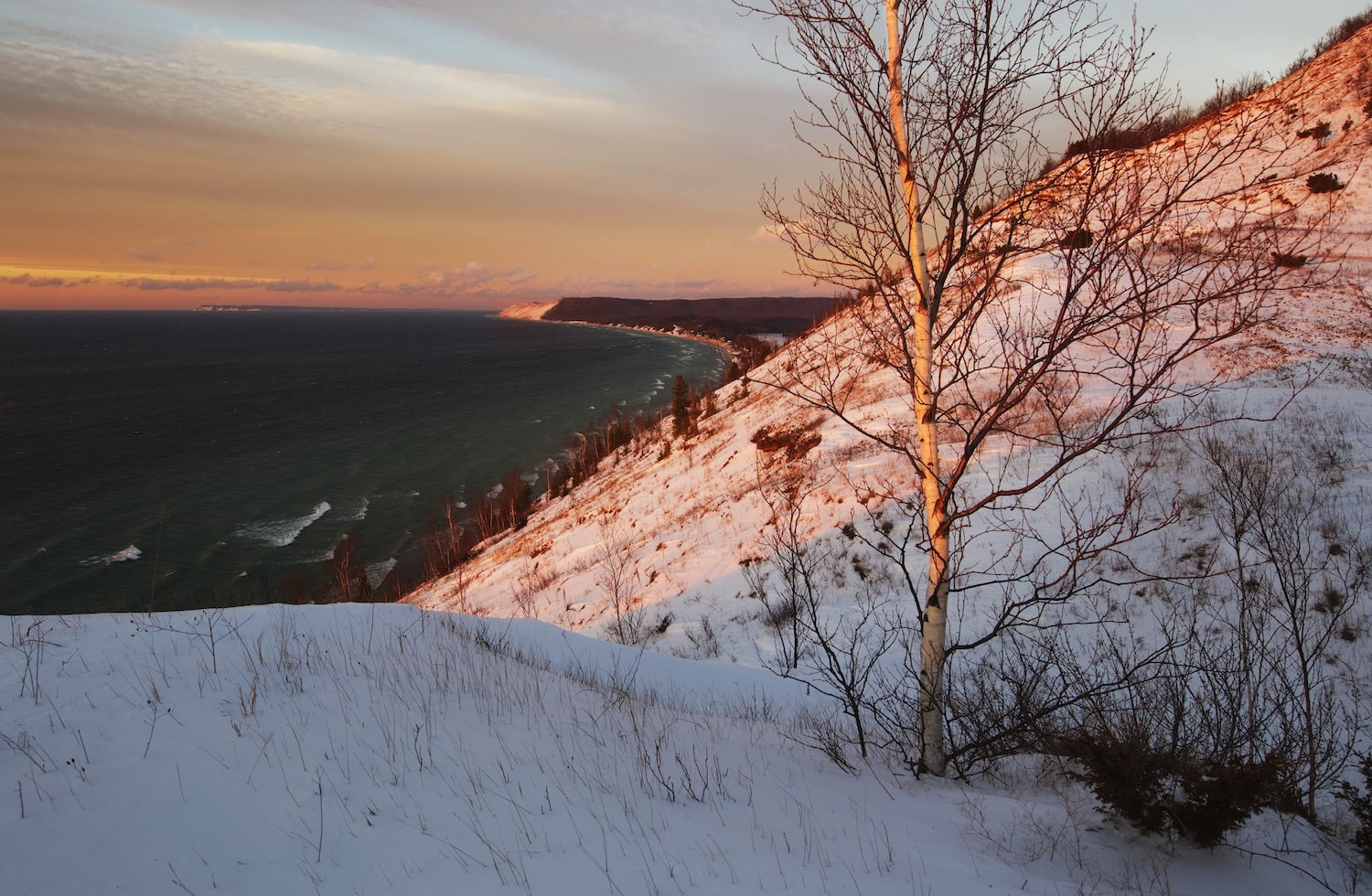 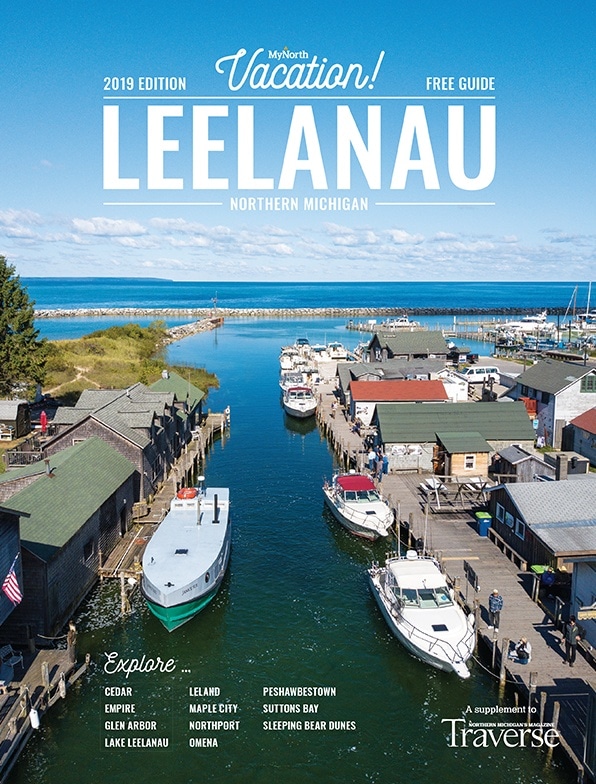