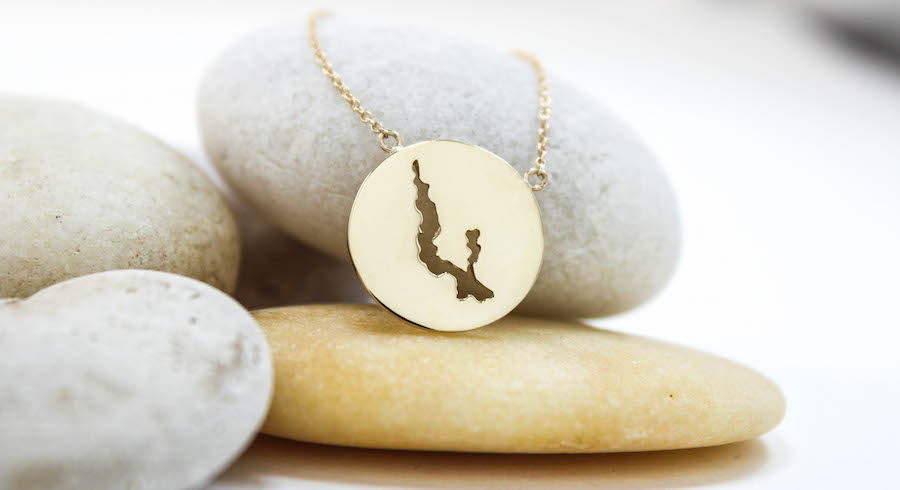 Inspired by their family travels, Borderline Jewelry co-founders Melissa and Stephan Baroni launched the company four years ago with just two borders—the US and Switzerland, as they’re citizens of both countries. Today, Borderline has a collection of 150 borders, including not only countries but small towns and big cities, states, lakes, islands, boroughs, continents and custom borders, such as a palm tree, crown and an airplane.

Several of the most popular borders feature Northern Michigan vacations spots such as Douglas, Walloon, Crooked, Charlevoix, Pickerel and Bear Lakes along with Lake Michigan and a border of the five Great Lakes.

“We have received an overwhelming number of requests for lakes in the Northern Michigan area since the day we launched,” Melissa says. “Once we added our Lakes Collection, it became even more clear that the lakes in Northern Michigan—especially Walloon Lake, Lake Charlevoix, Douglas Lake and the Great Lakes—are near and dear to our customers’ hearts.”

New borders are created each month based on the number of requests for a particular area or when someone purchases a Founder’s package (a minimum of $350 worth of jewelry). “Our intricately beautiful border of the Great Lakes was launched by a Founder who explains, ‘I grew up on the Great Lakes … winters in Chicago and summers in Northern Michigan. Nothing feels like home like the Great Lakes’,” Melissa shares.

Despite Melissa’s extensive travels—Paris, Munich, Zurich, Anguilla, Morocco, St. Barth and Venice just to name a few—she has yet to visit Northern Michigan, though Walloon Lake is high on her list. 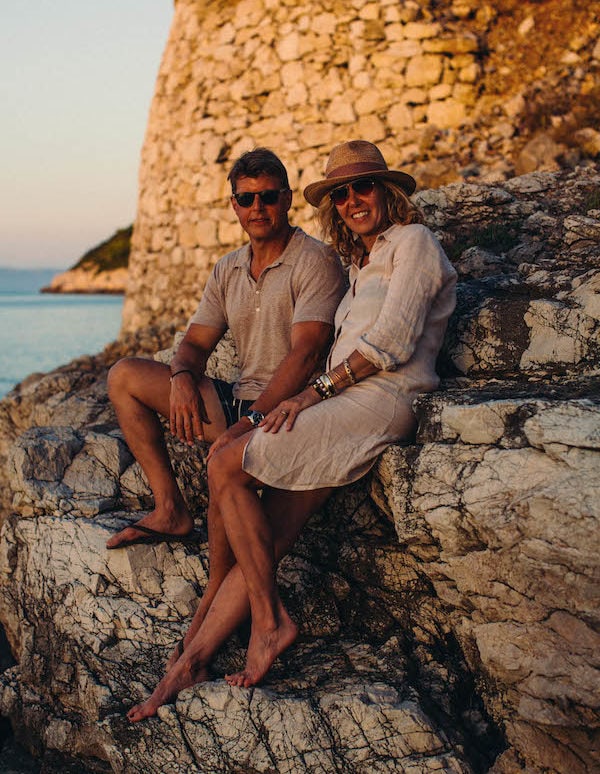 “When we travel, we tend to stay in houses or apartments and we cook nearly every meal,” Melissa says. “The family time is what makes our holidays so special. We like to live like locals when we vacation—we shop in the local markets and spend most of our meals at home around a large table with family and friends.

“When I hear and read about the way people describe their summers in Northern Michigan, I know it’s an area my family and I would enjoy. It seems low-key and lovely, fun-filled and friendly, like so many of the places we’ve visited and come to love over the years.”

Borderline Jewelry is available on their website and on Uncommon Goods. It’s also found in specialty shops across the country such as Refabulous Décor at Martha’s Vineyard, Atelerie Boutique in Hamilton, Bermuda, and Tulips in Walloon Lake. Melissa hopes to have products available at hotels—US and international—in the near future, and as the border collection expands to include more cities, shops will be lined up in those areas.