A New Kind of Conversation on the Traverse City Economy 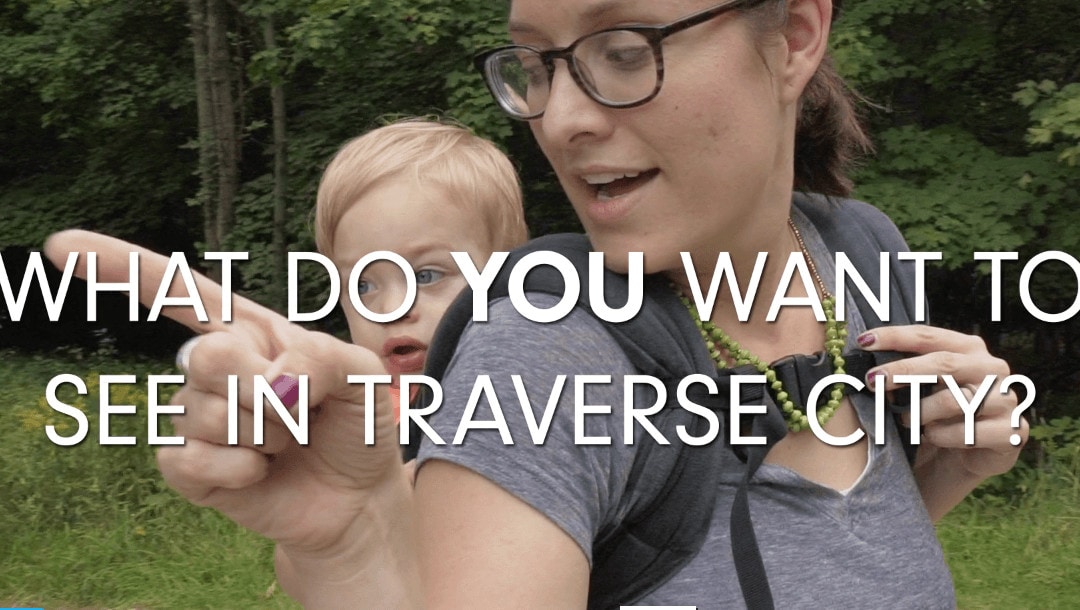 Jacob Wheeler is the Communications Manager at Groundwork. This blog post was first published December 1, 2016, on groundworkcenter.org.

Today we unveil our “New Economy project” — a multimedia storytelling series that highlights talented millennials in the Traverse City region, and raises awareness about their contributions to the local economy and community.

This is a series about northern Michigan attracting and retaining young talent; it’s a series about the workforce of tomorrow; thriving downtowns, local food and farmers markets, restaurants and brewpubs, Internet bandwidth, bike lanes and creative spaces. And it’s a series about young people who took risks and left the big city because they felt a calling in this place. They seized the opportunity to grow roots in the Traverse City region. Now they make their impact on this booming big town.

The New Economy project is a collaboration between the Groundwork Center for Resilient Communities and my filmmaker friends Aaron and Chelsea Bay Dennis at Stone Hut Studios. Over the next several months we’ll unveil four dynamic video stories featuring millennials who moved, or returned to, this region. And we’ll post frequent stories about the impact young people are having on Traverse City, and the issues our area needs to confront to attract more of them.

We hope you’ll join the conversation. And share it, both with your local elected leaders, and with your siblings, or cousins, or friends who currently live in Chicago, San Francisco or New York, but dream of someday relocating to northern Michigan. We hope these stories will be the nudge they need.

The genesis of the New Economy project, for me personally, was a chilly night several winters ago in Minneapolis, where my wife Sarah and I lived for a time. We’re both northern Michigan natives. Sarah is from Benzie County, and I grew up near Glen Arbor in Leelanau County. Sarah encouraged me to consider picking up and moving back to northern Michigan, in part to be near our families.

At first I resisted. I loved Minneapolis, its arts and culture, its diversity, its public transit, its awesome bike trails, lakes and Mississippi River views. The Traverse City I had visited as a teenager, during town trips from Glen Arbor, lacked excitement. In the mid ‘90s, we went to the mall, not to downtown. But the pressure persisted, and the idea grew on me. We watched, from the other side of the Midwest, as Traverse City basked in a cultural, culinary and musical renaissance. On trips home for the holidays, the place suddenly seemed … cool.

Sure, there were no Somali or Ethiopian restaurants, no world-renowned theaters, and no lite-rail trains. Nevertheless, on a visit in December 2012, we had a beer at Right Brain Brewery with our friend Bill Palladino (himself a onetime Twin Cities resident) and he told us (I’m paraphrasing), “If you move here you can have a greater impact. You can use the skills you’ve picked up during your worldly travels for good here in this community.”

And so we did. Sarah, who has a Master’s in Public Health, now works for Michigan State University Extension and facilitates farm-to-school and chronic disease prevention projects. I’m a journalist and teacher at Northwestern Michigan College, and since October, the communications manager at the Groundwork Center. We packed up a U-Haul and drove “home” in August 2013. During the drive across Wisconsin and the expansive Upper Peninsula, I thought about using my voice as a journalist to help tell the story of creative-class millennials and young professionals who were making their home in Traverse City, and other Michigan communities — and in so doing, bucking the trend of the mitten state’s “brain drain”.

Sixteen months after our return to northern Michigan, we owned a house on a public bike trail just west of Traverse City, and our daughter, Nina, was born. Multiple journeys were beginning.

Fast forward to this project: 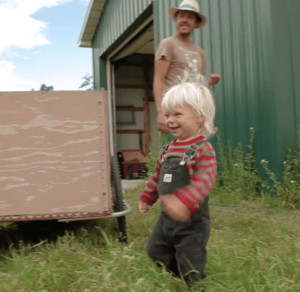 Barriers and challenges exist, of course. If we want to continue attracting talent, we need to address issues such as housing, meager tech infrastructure and lack of diversity. This project aspires to fuel conversations that bridge that gap.

On Monday, we’ll introduce Jess Piskor, a farmer who returned to Leelanau County from Ann Arbor, dug his hands in the dirt, and started Bare Knuckle Farm. Then, count on a new video each month until spring.   (Click Here to see the next story in this series: Jess Piskor, Back to the Land)

Please watch our videos, talk about them with your community, share them with the Michigan diaspora, and join the conversation.