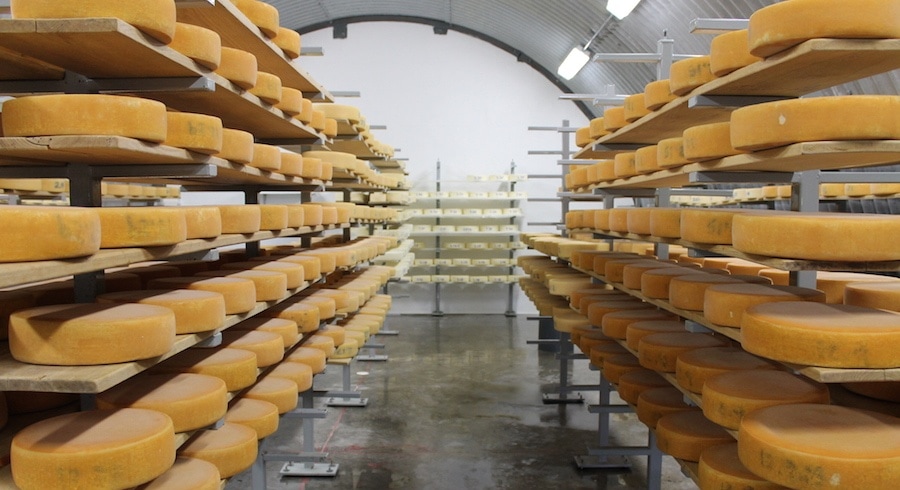 Leelanau Cheese Company, located right off M22 in Suttons Bay, is garnering worldwide attention for its Leelanau Raclette. The local cheese, made by owners Anne and John Hoyt, won a Super Gold award at the 2016 World Cheese Awards held in San Sebastian, Spain— a competition that hosted more than 3,000 cheeses from around the world.

Only 66 Super Golds were awarded with winners earning a spot on the list of “The World’s 66 Best Cheeses.” Of those, just two are made in the US—Leelanau Raclette and Harbison from Jasper Hill Farm in Vermont.

We chatted with Anne about what the award means to her and the flavor profile of Leelanau Raclette. (Read on to find out what Mario Batali uses it for!)

For an unforgettable appetizer, check out this MyNorth video with Martha Ryan, chef/owner of Martha’s Leelanau Table, as she makes Leelanau Raclette fondue. Click here for the recipe. 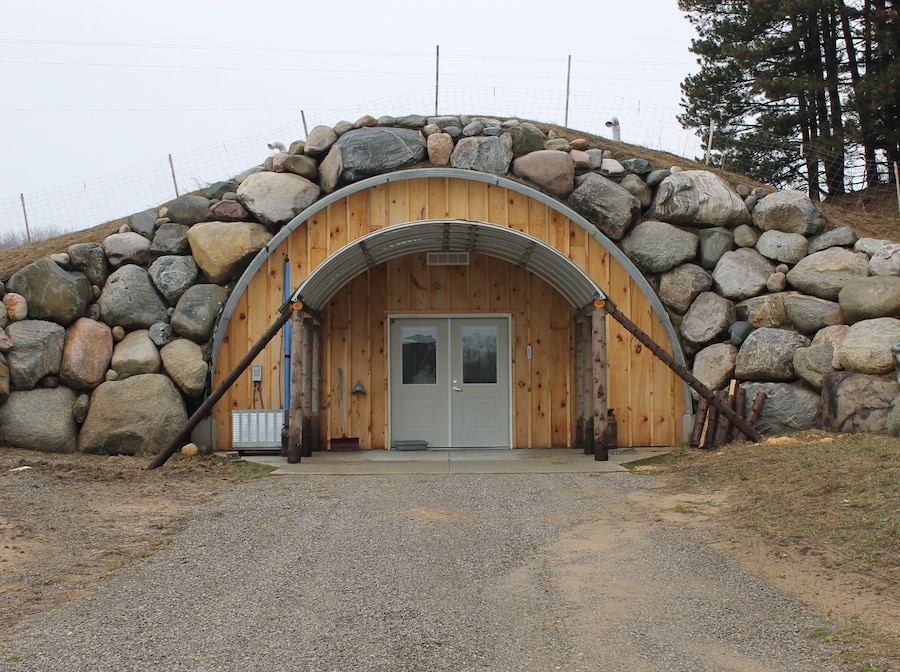 You’ve won bronze, silver and gold, but this is your first Super Gold. How does it feel?

This is the second big award Leelanau Cheese has won, the first being Best of Show at the American Cheese Society competition in 2007 with a score of 100 for our aged/sharp raclette. Despite winning other 1st, 2nd and 3rd places or gold, silver and bronze, winning a big award is a rare event. That makes it very special for such a small company like Leelanau Cheese. This award, Super Gold, at the World Cheese Awards is the equivalent of a best of class in an American competition but at the world level; it’s definitely a big achievement.

So tell us about the winning cheese, Leelanau Raclette.

Raclette is a Swiss cheese, also called Alpine cheese because the recipe comes from the Alps. Those cheeses often have a nutty flavor. Our mild raclette is buttery and nutty. It is, per tradition, served melted on top of potatoes. Raclette comes from the French verb “Racler” which means to scrape, in that case scraping the melted cheese over potatoes, but because it melts like butter, it can be used in many recipes—fondue, mac and cheese, quiches, in an omelet (especially our rosemary raclette), lasagnas, scallop potatoes, quesadillas, etc. Mario Batali likes to use it on pizzas. But our raclette does not need to be melted and can be used on cheese trays or sandwiches, too.

Do you have a favorite wine you enjoy it with?

Any wine can be served with the cheese when served cold. I would stay away from sweet wine but it is a matter of taste. When making a raclette dinner or a cheese fondue, the local white dry wines are perfect.

Leelanau Aged Raclette also received a Bronze award. How do the flavors differ?

The aged raclette is sharper and nuttier, and not so good for melting but delicious. This year we have been making a black truffle raclette and black truffle Fromage blanc/cheese spread. It is becoming very popular among our regular customers. We get the truffles from Italy, and in the winter, we also make fresh ricotta.