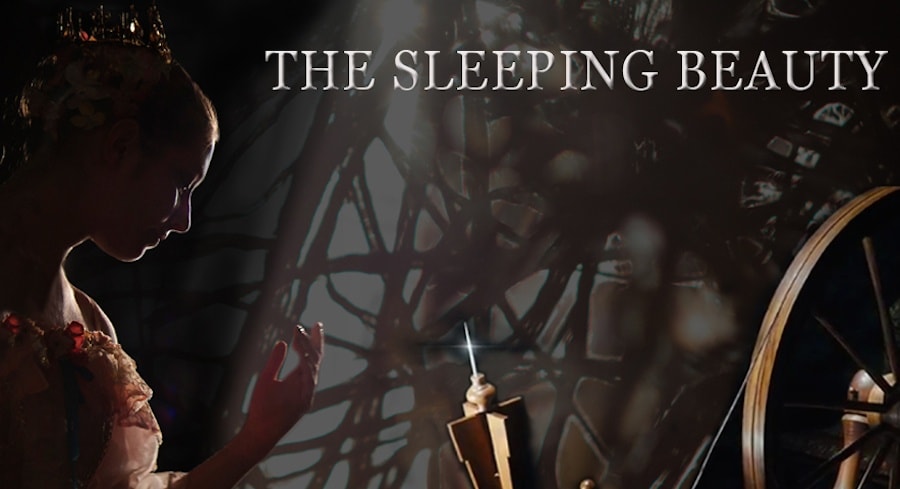 If you think trying to find true love is tough, put yourself in Aurora’s shoes. Or better yet, in her bed, where the princess sleeps for 100 years before a kiss from Prince Désiré awakens her. In brief, that is the plot of Tchaikovsky’s ballet The Sleeping Beauty. Of course, it is much more enjoyable in the full production, like that at Interlochen Center for the Arts. The IAA Dance Company students will present the ballet with live accompaniment by the Academy Orchestra in four performances December 8–10.

Interlochen’s Director of Dance Joseph Morrissey has created a new interpretation of the classic storybook ballet. Its story of good (the Lilac Fairy) versus evil (Carabosse) plays out with a large cast of characters, from kings and queens to wicked goblins, Little Red Riding Hood, The Frog Prince and Puss in Boots. There will be plenty of action—everyone loves a good sword fight—and magic, colorful costumes, beautiful sets and a visual and musical feast.

It’s all set to the timeless music composed by Pyotr Ilyich Tchaikovsky. The Sleeping Beauty was the Russian composer’s second ballet, following Swan Lake and preceding The Nutcracker. It was first performed in 1890, and like his other ballets, has since become among the most famous and most-performed ballets of all time.

The story has become famous without the ballet, of course, thanks to countless children’s books and, of course, Walt Disney. The animated feature from 1959 became one of the studio’s most popular films. The tale is derived from the Brothers Grimm’s version of the French writer Charles Perrault’s La Belle au bois Dormant. The origins of the story go back even further, with connections to both the Arthurian cycle and the exploits of Alexander the Great coalescing in the story Perceforest, composed between 1330 and 1344.

While they won’t delve into that history, you can learn about the behind-the-scenes making of this version of the historic classical ballet at pre-performance talks on December 8 and 9 from 6:30-7 p.m. They will cover everything from costume designs to set construction and music to choreography regarding this re-staging of The Sleeping Beauty, created especially for IAA students.

How Aurora got her start

Born to a doting King and Queen, Aurora is to be christened at a gala event. At the celebration, several fairies are asked by the King and Queen to be their daughter’s godmothers. The evil fairy Carabosse instead curses her to die from a poisoned splinter from a spindle. The Lilac Fairy is able to change the curse from death to a deep sleep. Despite her father’s attempts to ban all spindles, Aurora indeed pricks her finger on one on her 16th birthday. Thus begins her enchantment.