They’re pulled from Grandma’s recipe card box. They spring from test kitchens, crafted by Michelin-star chefs. They hatch from the minds of people looking for a little pocket money—or, necessity being the mother of invention—from folks between jobs and looking for a new future.

We mean food in jars.

Jams, jellies, salsas, hot sauces, barbecue sauces, chutneys, mustards, pickled asparagus spears, well, you get the idea. And Northern Michigan foodie entrepreneurs are working up a gazillion ways to tempt you with their flavor concoctions. Check our sampler and deploy the goodies in instant-plan recipes by the talented chefs at Epicure Catering, perfect for holiday gatherings. 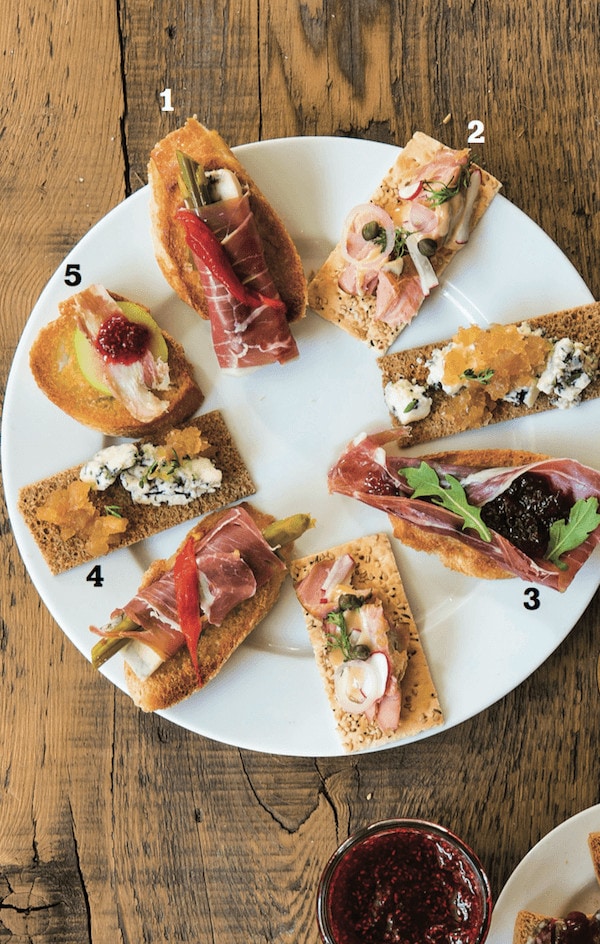 Of course, jarred foods entrepreneurship is nothing new to veggie-and-fruit-blessed Northern Michigan. Benjamin Twiggs and Brownwood Farms have been making pretty jars of preserves for decades. Food writers credit Justin Rashid’s über-lush American Spoon pre-serves from the early ’80s with helping ignite the local foods movement nation-wide (check out this MyNorth video interview with Justin). Cherry Republic made a name by pairing our A-list fruit with a destination retail experience. Food For Thought has combined a light-on-the-earth ethic with gourmet flavors for more than a decade.

So, no, jarred foods are not new here, but the fervor around jarred foods, that is undeniably fresh and electric. “The thing that has amazed me in jarred foods is the explosion of products we are seeing in the past couple of years,” says Evan Smith, chief operating officer of local foods purveyor Cherry Capital Foods. What’s driving it? “No one single thing,” he says. Northern Michigan’s national foodie reputation: people want to be a part of it. The economy: the Great Recession convincing people to take more control over their livelihood. The fun: people just plain enjoy making something tasty and trying to sell it. And, not to be overlooked, Michigan’s Cottage Food Law. Taking effect in 2010, it allows people to make certain prepared foods (baked goods, jams and jellies okay; meats, pickles and salsas not) in their home kitchens without FDA inspection and sell up to $20,000 a year. “That lets somebody make a few dozen of something and try selling it at the farmers market rather than having to find a contractor to make a 100-case minimum run,” Smith says. The entrepreneurial spirit is set free to experiment. And our flavor sensors benefit.

Here then, just in time for holiday gifts and entertaining, is a love note to Northern Michigan’s jarred food proliferation. We asked three foodie insiders—Ken Burritt of Burritt’s Fresh Markets, Laurie Cornell, store manager at Symons General Store, and Evan Smith—to pick five of their favorite jarred foods (see below!) and then asked the creative chefs at Epicure Catering, Andy Schudlich and Cammie Buehler, to give us an easy, instant idea for each of the selections.

Natural Northern Foods Cherry Chutney
Use as a topping for grilled local pork.

Michigan Made Pickled Asparagus Fire Sticks
Perfect accompaniment to charcuterie and cheese … or a bloody Mary!

Café Cortina Parmesan Cream Spaghetti Sauce
Use as a sauce for your farmers market lasagna.

Friske Orchards Balaton Cherry Rhubarb Jam
Combine with a bit of water in a saucepan to make a warm sauce for Shetler’s vanilla ice cream.