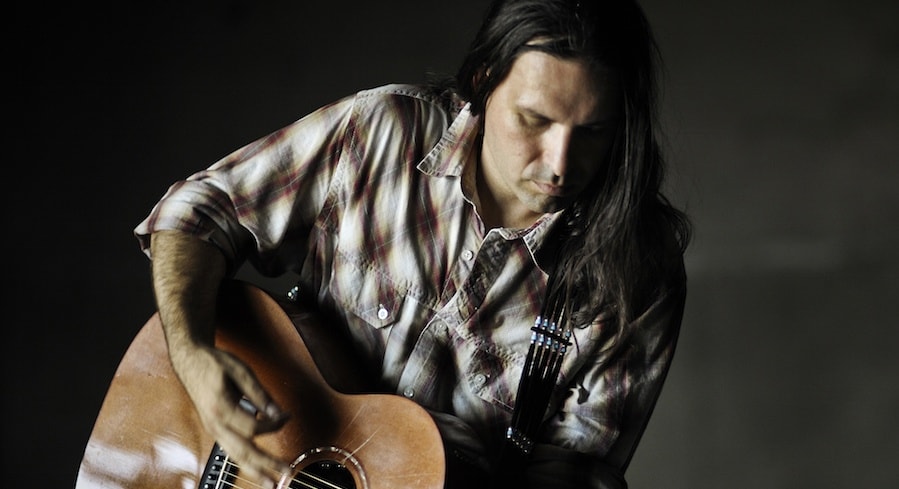 The Michigan-born Navy veteran is a storytelling songwriter and multi-instrumentalist. He told the Grand Rapids music website Local Spins in 2013 that he had been blessed—or was stubborn enough—to have made a living in music for over 13 years. Nelson has worked in construction and odd jobs, embraced Native American traditions and causes, even built guitars and octave mandolins as an amateur luthier. He has toured the U.S. and abroad, and loves fly-fishing. He paid for his 2005 recording of Immigrant Son by selling lawn mowers at Sears. Two years after the release of his radio-charting album Dusty Road to Beulah Land, he had a chance encounter with a friend who told him he had to make a new CD. “I just laughed,” Nelson says, “and said ‘Yeah, if I could pay for it.’ He asked me how much it would cost, and he wrote me a check.”

Tile-A-Whirl, Nelson’s most recent recording (and the one his friend wrote the check for) was released by the independent Americana/roots label Red House, founded by folk icon Greg Brown. In addition to Brown, its artist roster includes Tom Paxton, David Bromberg, Hot Tuna, Bill Staines and other folk luminaries. Nelson said he was “over the moon” when he signed the contract with Red House. Then, after riding his bike to the post office in Grand Rapids to mail the contract, he got a flat tire on the way home. Nelson has opened for the likes of Melissa Etheridge and Edwin McCain, as well as folk singers like Josh White Jr. and John Gorka. His band Highway 2 includes Drew Howard, known as Captain Midnight, who apparently is legendary for setting his lap steel on fire, according to Freshwater Gallery owner Tony Williams. When not in the studio, performing or making instruments, Nelson enjoys reading, rooting for the Detroit Tigers and doing hot yoga.

“This kind of writing isn’t easy to do without descending into the Three P’s: platitudes, pretension, or pedantry. That he’s able to pull it off … is impressive.” – The All Music Guide

“His songs sound like the rest of us feel … dazed, angry, amazed and climbing.” – John Gorka

More Going on in Charlevoix County: