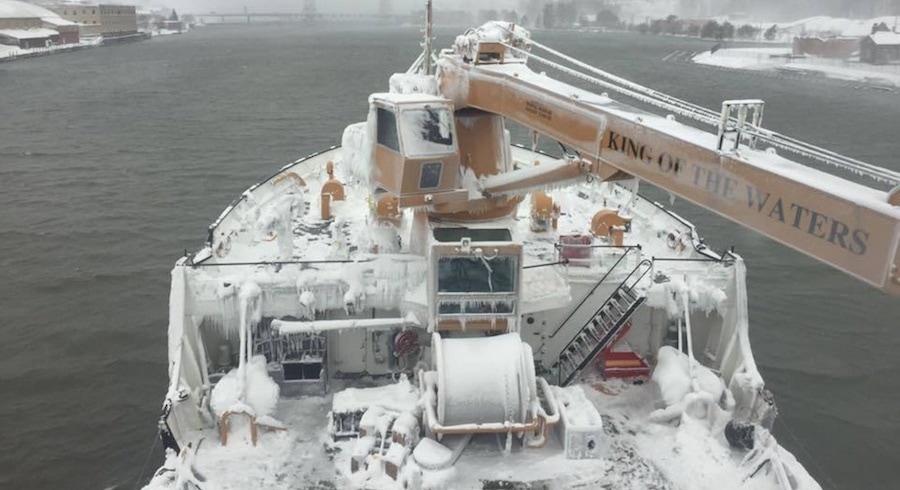 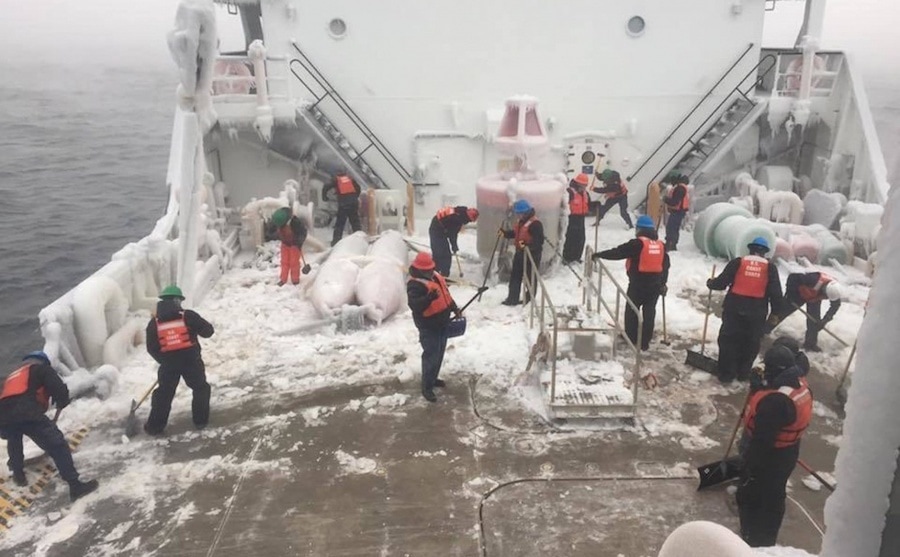 The crew of the Coast Guard Cutter Alder clears ice from the deck of the cutter as the ship transits through Lake Superior Dec. 14.

As a result of the operation, certain waterways may close after due consideration is given to the protection of the marine environment, waterway improvements, aids to navigation, the need for cross-channel traffic, such as ferries, the availability of icebreakers and the safety of island residents, who in the course of their daily business use naturally-formed ice bridges for transportation to and from the mainland. 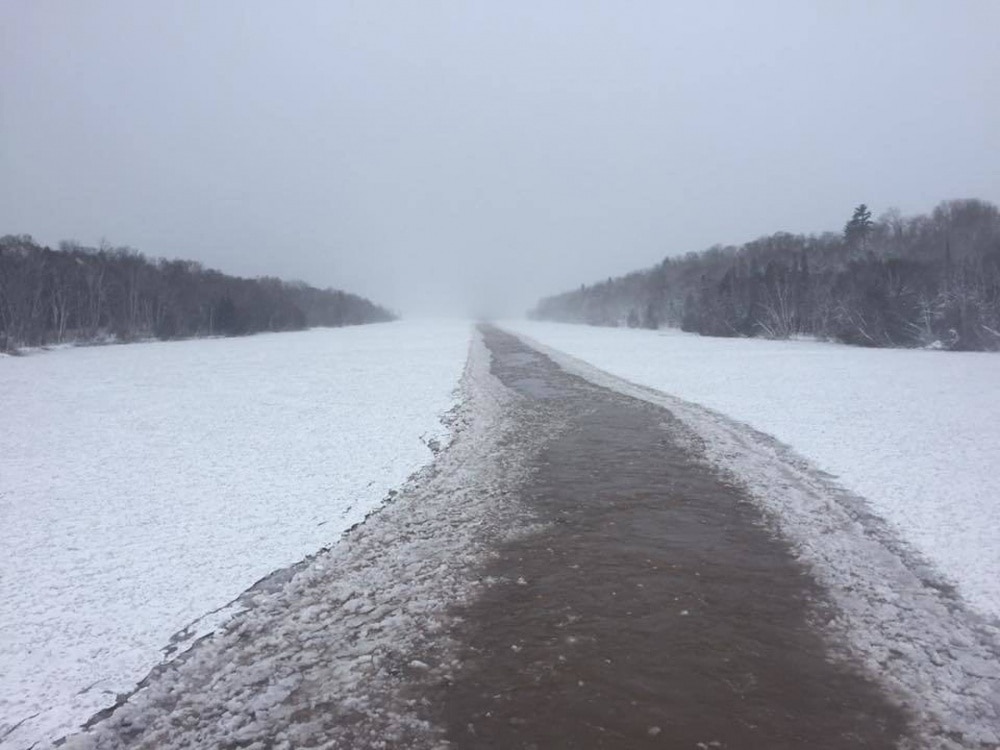 The Coast Guard Cutter Alder breaks a path through the ice in the Keweenaw Waterway near Houghton, Mich., Dec. 16.

Currently there are no channel closures; however, the implementation of Operation Taconite does place additional measures on commercial shipping in the Western Lakes, St. Marys River and the Straits of Mackinac. These measures include restricting tanker transits to daylight only in the presence of ice, reducing speeds by two miles per hour in various locations, and requiring additional voice and position reporting points throughout the area.

Recreational users there are reminded to plan their activities carefully, use caution on the ice and stay away from shipping channels. Recreational users and island residents should stay tuned to local media resources for the status of waterway closures.

Further inquiries can be made by phone to Mark Gill or to Vessel Traffic Service St. Marys River at 906.635.3232.