Each year brings its own twists on the sounds of the season. Recording artists from across the musical spectrum offer their takes on familiar carols as well as lesser-known tunes. Sometimes they even write new ones.

This is a two-disc collection from the (mostly) jazz label Verve. Volume One, the Vocalists features singers like Mel Tormé, Peggy Lee and Ella Fitzgerald. The Velvet Fog’s immortal “The Christmas Song” kicks things off. The next cut is a surprising duet between Willie Nelson and Norah Jones. It’s more Willie-ish, a bit too casual and rushed on the part of the Red-Headed Stranger, and his extra vibrato as the duo end is a bit much. Patti Austin’s gorgeous rendition of “Christmas Time Is Here” is probably the highlight of the whole disc, rich but not overdone. Volume Two, The Instrumentals, demonstrates the difficulties of translating holiday sounds to the jazz idiom. The essence of jazz is improvisation, but when, for example, Kevin Eubanks gives “Silver Bells” a full-on improv treatment, it loses the appeal of the original. Nelson Rangell’s “Let It Snow” follows the same path. Jimmy Smith’s “God Rest Ye Merry, Gentlemen” starts off with a martial air before he goes wild on organ. All three (and most of the rest) deliver warm, witty, and/or exceptional jazz performances, but often at the expense of the melody. While this collection is new, the songs have all been previously released, with the exception of Oscar Peterson’s brief version of “I’ve Got My Love to Keep Me Warm.”

Various Artists – Christmas on the Lam

This compilation from the folk and old-timey label Red House hits numerous bases: DaVina and the Vagabonds give Elvis’s “Santa Bring My Baby Back to Me” a semi-hot jazz reading. Heather Masse of the Wailin’ Jennys performs her original “Mittens” (from her 2009 recording) with a touch of twang. Suzzy Roche ups the twang factor with “Cold Hard Wind.” Charlie Parr goes even further on “Slim Tall’s Christmas on the Lam,” adding washboard and harmonica. Interesting, but unless you are really into country and Americana, it wears thin.

The disc opens with multiple Ellings singing multiple holiday songs, from “Silent Night” to “Jingle Bells” to “O Christmas Tree” to “It Came Upon A Midnight Clear” before seguing into “Sing A Christmas Carol” by Leslie Bricusse for the 1970 film Scrooge. He sings a heartbreaking “Same Old Lang Syne,” no doubt reinforced by the knowledge that the gifted singer/songwriter Dan Fogelberg, who penned the song, is no longer with us. Soprano sax by Jim Gailloreto makes it even more poignant, but the mood changes with Donny Hathaway’s “This Christmas,” which is downright jaunty. The award-winning jazz vocalist’s rich voice carries throughout. 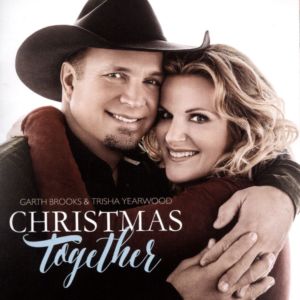 The country couple’s first holiday recording together is somewhat apart, with each getting some solo space as well as occasional duets. “I’m Beginning to See the Light” is charming, and its almost big band sound is refreshing. More expected is the country approach of the original “Ugly Christmas Sweater,” with the singer’s signature warble and musical phrases reminiscent of “Low Places” with some swirling strings adding a bit of musical sophistication – or cheese, depending on your perspective. The obligatory “Baby It’s Cold Outside” sounds just that, while their original “What I’m Thankful For (The Thanksgiving Song)” is probably the countryest song on the album.

This is already the third holiday outing for the Youtube and America’s Got Talent star, though nine of the dozen tracks were previously released. Her clarity and musicality shine through on every song. “Guardian Angels” and “Pie Jesu,” duets with Placido Domingo, are (naturally enough) the most classical-leaning. The concluding “Little Drummer Boy” with Il Volo may be the disc’s best. The 16-year-old seems to attract nearly as much disparagement as admiration, but it’s pretty difficult to find a place to criticize this collection.

It’s almost impossible to not be seduced by the giddy charm and occasional goofiness of Asleep at the Wheel’s holiday songs. The band’s Western Swing is particularly appropriate on “Blue Christmas,” but it’s the originals – “Merry Texas Christmas Yall,” “Christmas in Cowtown,” and especially “Christmas in Jail” – that shine brightest. You’ll have yourself a merry one with this CD. 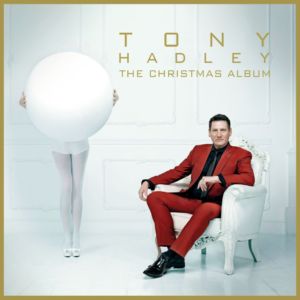 A revised version of last year’s import-only release by the Spandau Ballet frontman, enlivened with three new songs. It includes typical seasonal delights such as “Let It Snow!” and lesser-known tunes like Train’s “Shake Up Christmas.” Hadley even contributes two originals, the tender “Every Second I’m Away” and the upbeat “Snowing All Over the World,” the most Spandau-esque track on the disc. Highlights include “Have Yourself a Merry Little Christmas,” an emotive duet with fellow Brit-pop veteran Kim Wilde, and an updated “I Believe in Father Christmas” from ELP’s Greg Lake.

The husband-and-wife fiddlers enlist the help of their children and some friends in this festive set. It starts out with sleigh bells and an insistent rhythmic pattern before the fiddles kick in with “Angels We Have Heard on High” – with accordion! Unabashedly Celtic (and almost country). Elsewhere it veers almost into hot jazz territory with “The Christmas Medley,” incorporating “Joy to the World,” an almost frantic “Sleigh Ride,” “Good King Wenceslaus,” “It Came Upon a Midnight Clear,” and more. Get all your holiday songs here in six and a half minutes!

There’s plenty here, all right – 25 tunes associated with the season. This compilation reaches as far back as 1960 (“What Child Is This”), with the most recent recordings from 1981. The varied personnel of the choir matters little. It’s always rich, musical and in tune. Top-notch accompaniment includes the New York Philharmonic, Philadelphia Brass Ensemble and various organists. If the sound of massed voices is what gets you in the holiday mood, you can’t go wrong here.

The a capella group goes all out, starting with an “O Come All Ye Faithful” that’s all funked up, followed by a seriously up-tempo “God Rest Ye Merry, Gentlemen.” That mood continues (after a gorgeous intro) on “White Christmas” and even “I’ll Be Home for Christmas.” The album could use a little relaxation, and it would be nice if the arrangements concentrated more on the quintet’s rich harmonies rather than scooting along full speed.

Country star Nettles’s big voice is perfect on “Count Your Blessings Instead of Sheep” and pairs nicely with Andra Day’s soulful sound on “God Rest Ye Merry, Gentlemen.” It’s less welcome on “O Holy Night.” Her take on “Celebrate Me Home” shows why that classic Kenny Loggins song is perfect for the holidays. 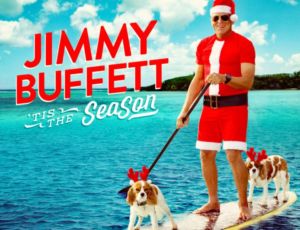 Buffett’s laid-back vibe brings out smiles wherever he goes and whatever he sings, and his second holiday recording is no exception. He gives a Caribbean feel to these festive songs, from the steel guitar in “Jingle Bell Rock” to steel drums in “Baby It’s Cold Outside.” Quite the dichotomy. His two originals, “Drivin’ the Pig (Manejando el Cerdo)” and “Santa Stole Thanksgiving,” both feature lovely trumpet. On the down side, “The Twelve Days of Christmas (Parrothead Version)” is a bit much, though “a purple parrot in a palm tree” is pretty amusing. Buffett celebrates the season and his birthday (he was born on Christmas Day) in style.