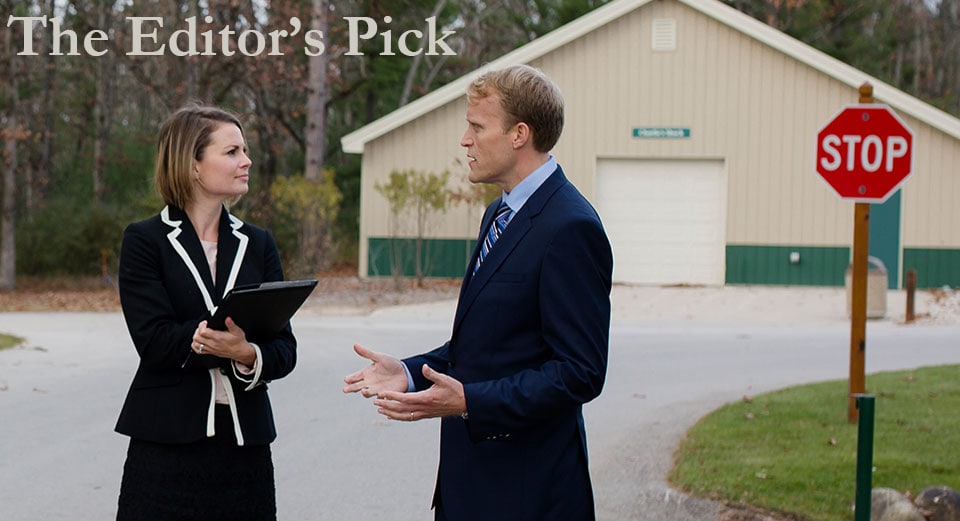 The students bound out of Phoenix Theater radiating infectious enthusiasm like a puff from a dandelion gone to seed. Trey Devey and I can’t help but stop mid-conversation and grin. The students immediately recognize Devey, the newly appointed president of the Interlochen Center for the Arts, and come up shaking hands and offering hugs like he’s more peer than president. There’s laughter and excited chatter about his presentation that morning and one, a senior, bemoans the fact he’ll no longer be there once Devey takes his post in June 2017. They have a theater performance they want Devey to attend that night and his genuine interest is halted only by the memory of another obligation in a tightly packed few days full of meet-and-greets, orientations, and preparations for his transition next year into the leadership role of what he calls the most important art school in the country. 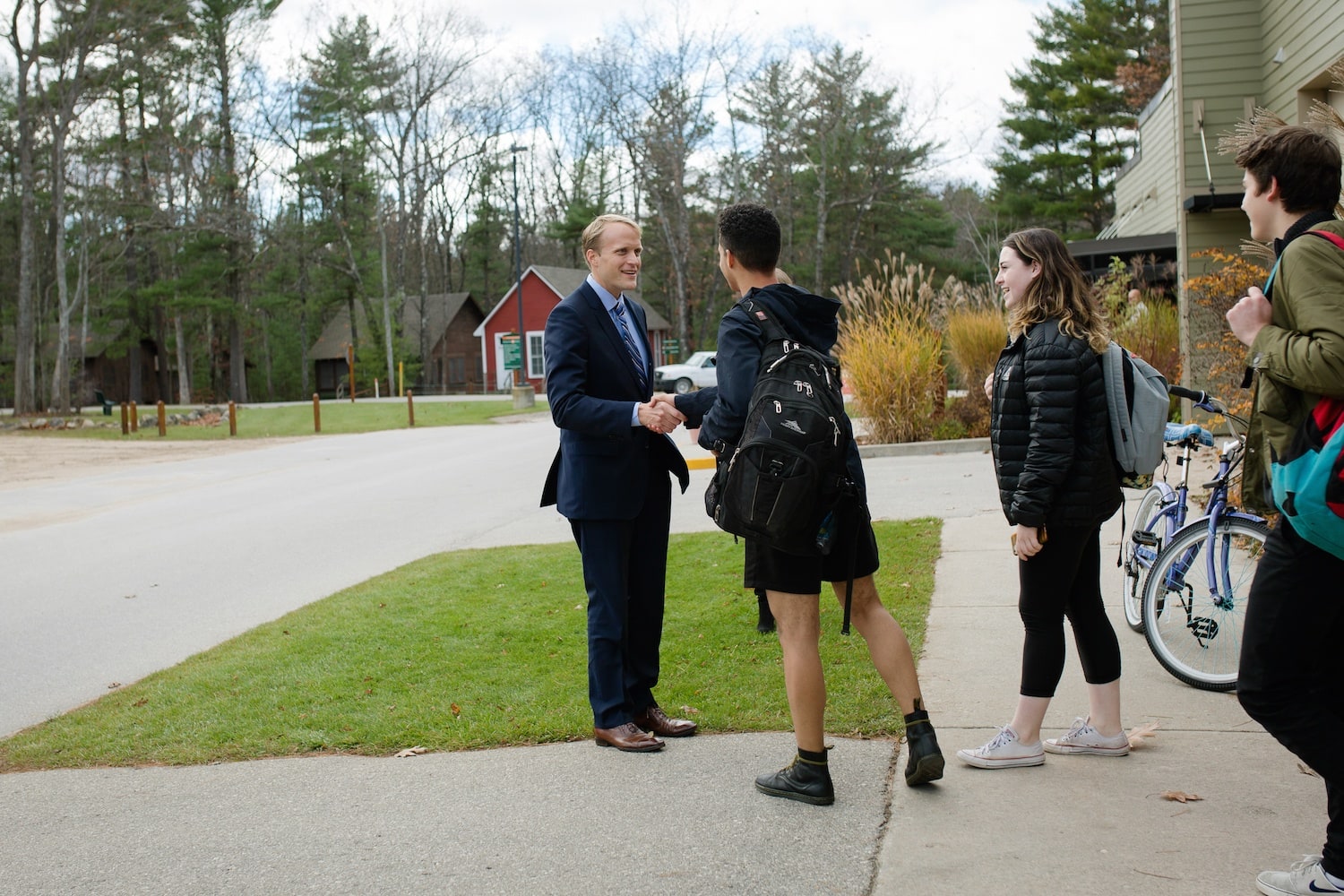 It’s a bold statement from a very accomplished Wharton School MBA grad with experience at six different symphony orchestras all over the country, including leading the Cincinnati Symphony Orchestra out of financial crisis and into fiscal success, making it the biggest symphony turnaround story in America today.

The long Indian summer has finally given way to the unavoidable chill of impending winter, and crisp leaves crackle under feet as we pass Charlie’s Shack and classrooms C-19 and C-20, iconic landmarks on the nearly 90-year-old campus. As director of the CSO in 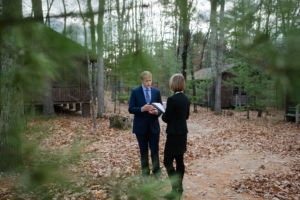 southern Ohio, Devey has spent the last seven years in much warmer temps, but he’s no stranger to Michigan weather and snow. Born and raised on the Wisconsin/Illinois border, he’s been coming to Long Lake since he was in diapers visiting his grandfather’s cabin, and though he admits he needs to learn the area’s geography better, there aren’t many places Up North he hasn’t explored. He wouldn’t necessarily call himself an outdoorsman or a fisherman, but some of his most treasured memories are of him and his grandfather knocking around Long Lake in a little fishing boat and cooking for dinner whatever ended up in the fish pail. Though his joints and his doctor aren’t too keen on it, Devey is still an avid runner and is looking forward to more Nordic and downhill skiing as well. But he’s not sure how many free Saturdays he might have for these pastimes.

Interlochen is in the midst of a major capital expansion (Create Amazing) and there is a lot of work to be done for the incoming leader. I ask Devey what his vision is and where he plans to focus his efforts in the short term. His answer: he plans to simply listen and learn first. I nod my head, appreciating the wisdom and foresight from someone whose record suggests he will chart a very strategic course. “There are so many stakeholders here that care about and have a voice in the institution that I really feel an obligation to learn from,” says Devey, with a sincere level of humility. “I don’t have all the answers.” 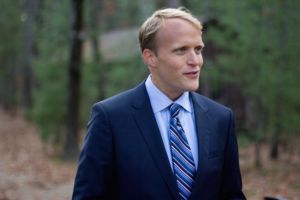 Having said that, Devey sees a tremendous number of opportunities to build more and better relationships with the community as well as connections outside the area. Getting clear about those opportunities is what will propel Interlochen to the next level. “Interlochen is a global institution, and I don’t know if people in this area realize the significance of this organization and this brand,” shares Devey, commenting on the student body that encompasses some of the most talented artists in the world. Once the news of Devey’s hire came out, the response from his innumerable contacts throughout the art world was overwhelming: nearly 700 emails from contacts that were all connected in some way to the campus. The school “is a powerful force across the country and the world, and it is all happening right here in Interlochen,” Devey says. “It is so special, and I can’t wait to get started.”

The Create Amazing capital campaign is exceeding expectations, and numerous physical improvements have already been made to the campus, but both Devey’s experience and his instinct are to focus more on the people and the programs. Unlike high stakes events at the CSO ($1.5 million in operating expense for a single summer concert series for example), Interlochen provides Devey with a dramatically different platform in which to experiment and innovate in a constantly changing laboratory. 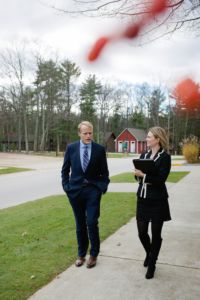 Perhaps it is Devey’s youth (45) coupled with his young family that is such a good match for the energy on campus. An avid trombone player himself whose undergraduate degree is in music performance, Devey loves jamming with his two young daughters (ages 11 and 14) who play the French horn and the trumpet. His family has participated in the renowned summer music camps, and Devey shakes his head in awe at the profound affect the last two summers at Interlochen have had on his daughters. “I dropped them off and picked them up, and they were just two different people,” says Devey.

The eclectic student body representing all 50 states and numerous countries offers an incredibly rich, multicultural environment in an undeniably remote location—a powerful paradox, recognizes Devey. “These young, incredibly talented people are finding themselves here on this campus, and they are going to go off and make a real difference in the world. It was impossible for me to not contribute to that in some way,” he says. “There is no place in the world I would rather be than working for the Interlochen Center for the Arts.” I glance at him. His eyes are as blue as the sky and alive with light. He believes it.

The Editor’s Pick is a blog-style series from MyNorth.com’s Senior Editor, Nicole White. Email her at nwhite@mynorth.com.

Other Happenings in the Northern Michigan Music and Art World: