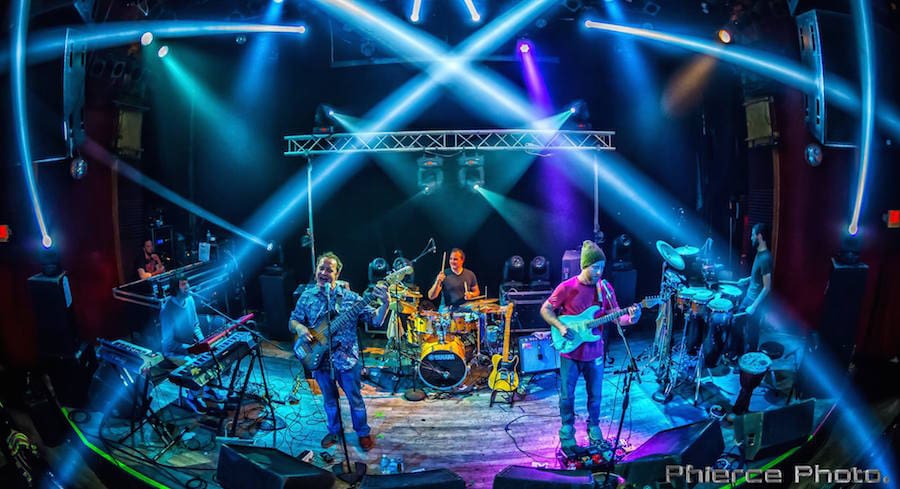 MyNorth’s entertainment writer, Ross Boissoneau, fills us in on two upcoming Traverse City shows at Streeters on the biggest bar night of the year, Thanksgiving Eve.

Not the band, but the holiday. It’s not a religious holiday, the anniversary of a special event or a day invented by marketing firms and ad agencies to sell consumer goods. Nope, the Wednesday before Thanksgiving pretty much organically developed its reputation as the biggest night of the year to head to the local nightspots. There’s not a lot of hard evidence to back up the statement that Thanksgiving Eve is the biggest bar night, but there’s plenty of anecdotal information floating around to support it. There are a number of reasons for its popularity:

Bret Michaels formed Poison in 1984. The group played up its glammy, androgynous image and began playing shows in Los Angeles. Radio hits soon followed, as did a descent for members of the group into drugs, leading to numerous firings and rehirings. Throughout the 1980s and early 1990s, Poison became one of the biggest hair metal bands in the world, with its multi-platinum selling Open Up and Say…Ahh! Its third album, Flesh & Blood, also enjoyed the multi-platinum sales. Michaels subsequently enjoyed a solo career, not only in music but reality TV (the dating show Rock of Love with Bret Michaels, Celebrity Apprentice). Today he balances his solo career with Poison shows and recordings. He’s even developed a line of home décor and furnishings and one of pet products. Michaels has also been involved in numerous charitable events, including tours of U.S. bases in Iraq in support of Armed Forces Entertainment and with Operation Homefront, a charity that provides emergency financial and other assistance to the families of service members and wounded warriors. He earned $640,000 for the American Diabetes Association for competing in and ultimately winning the Celebrity Apprentice 3.

“As the reigning rock & roll survivor in 2010, weathering everything from dating shows to a brain hemorrhage, Bret Michaels was in need of new product for the marketplace, so he served up Custom Built in the summer of 2010. Custom Built is odds-and-ends masquerading as a new album, rounding up brand-new cuts and leftovers from Michaels’ unheralded pre-Rock of Love 2000s.” – The All Music Guide

Ultraviolet Hippopotamus is an explosive five-piece improvisational band with a rapidly growing fan base across the U.S. and, more recently, Europe. Based in Grand Rapids, UV Hippo mixes psychedelic rock, progressive rock, jazz, even bluegrass stylings with new dance beats, heartfelt lyrics, eccentric effects and a vibrant light show. The band performs an eclectic selection of its original technically demanding compositions and improvised material, along with unconventional and fun covers. Funk? Check. Space rock? Got it. Reggae, prog, metal? Yep. The group deftly journeys between all those styles within a single show, sometimes within a single song.  UV Hippos’s third album, Square Pegs, Round Holes, reached No. 3 and spent much of the year in the top 25 of the Relix Magazine/Jambands.com National Radio Chart and was voted “2011 Studio Album of the Year” at the Home Grown Music Network. It also received similar nominations from several radio programs, among other acclaim. It’s one of five releases for the band.

Tickets for Bret Michaels are $33; for Ultraviolet Hippopotamus, $12. Go to GroundZeroOnline.com.