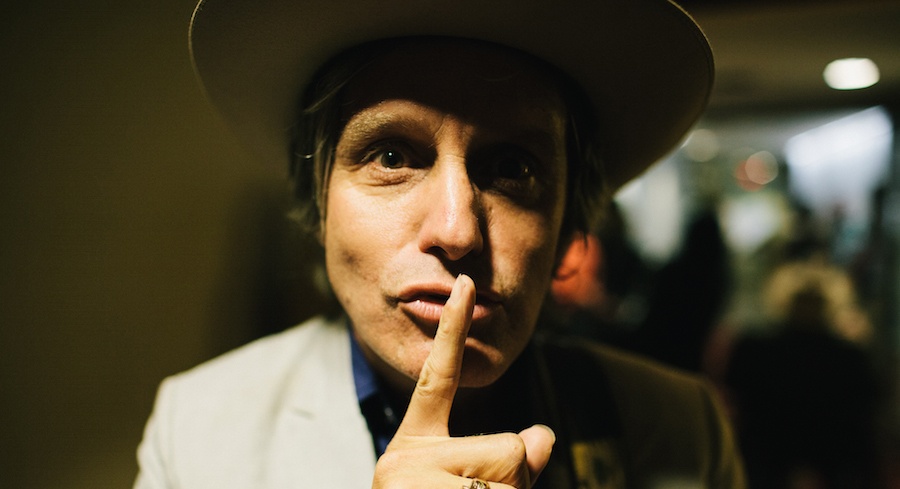 A self-described “road-tested troubadour,” Steve Poltz is a Canadian turned Californian who puts on one heck of a show. And he’s coming to Boyne City November 18 for a Freshwater Gallery concert. MyNorth Media entertainment writer Ross Boissoneau fills us in.

Canadian by birth, Poltz grew up in California, first in Pasadena, then in Palm Springs. This dual citizen has often said, “Should a hostage situation arise, I become conveniently Canadian.” Poltz graduated from the University of San Diego, where he received a degree in political science. More importantly, that is where he met guitarist Robert Driscoll, with whom he formed the indie rock band the Rugburns. The band, initially a duo, then a trio, then a full-blown band, developed a cult following playing coffeehouses and bars.

Poltz and singer/songwriter Jewel began dating and the two wrote songs together (including her hit single “You Were Meant for Me”) and appeared in one another’s music videos. The Rugburns released three albums before Poltz’s solo career took precedence. His relationship with Jewel—musical and personal—helped him score a major label contract with Mercury, for whom he released his debut recording, One Left Shoe, in 1998, with help from Jewel, Beach Boys and Brian Wilson collaborator Van Dyke Parks, and Benmont Tench, keyboardist for Tom Petty.

Acoustic indie folk and rock with a sense of humor

All told, Poltz has released a dozen albums, most on his own independent label, 98 Pounder. He is famed not only for his recordings but his storytelling and between-songs patter in his live shows. He is a master of improvisational songwriting and works without a set list to be free to react instantly to the mood of a room. This ensures that no two performances are the same. Poltz is known to take an unsuspecting audience from laughter to tears and back again—sometimes in the space of a single song. He sees himself as a road-tested troubadour, armed with whimsy, curiosity and a healthy respect for the absurdities of existence. As an example of that whimsy, he’s also named his various guitars, such as Smokey Joe, which he saved from being destroyed, Clackety-Clack, Flowerpot and Trailer-Trash.

“Producer Billy Harvey makes (Poltz’s) music more accessible than it might be with just the singer and his acoustic guitar. In doing so, he serves the songs well and makes them the point of the disc, as they should be with a songwriter as clever as this.” – The All Music Guide on Politzer’s disc Traveling

“A one-of-a-kind artist that falls somewhere between Led Zeppelin, Dean Martin, Robert Di Niro, Will Rodgers and Richard Pryor. He’s a crazy dude and it’s one of the things we love about Steve Poltz. ” – Freshwater Gallery owner Tony Williams on Poltz, who says after he performed at the venue previously, they had many requests to bring him back.