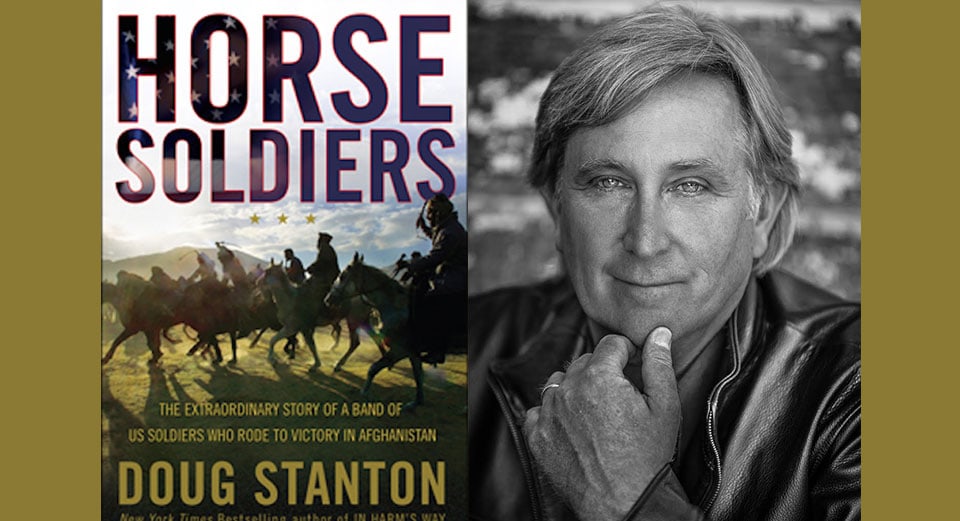 Author Doug Stanton’s best-seller Horse Soldiers tells the story of a small group of United States Army Special Forces who are sent into Afghanistan to topple the Taliban. Against all odds, the small group succeeded in gaining the trust of various Afghan groups and ultimately defeating the Taliban. The story of their unconventional warfare, utilizing low tech and high by means of horses and air support, makes for an enthralling read—and hopefully for an entertaining film as well.

The upcoming Jerry Bruckheimer Films movie has thus far cast Chris Hemsworth (Thor, Ghost Busters) and Michael Shannon (Boardwalk Empire, Academy Award nominee for Revolutionary Road). Nicolai Fuglisg has been selected as director, a move Stanton is pleased with. “He’s an amazing photographer. I think he’s excited about it,” Stanton says. There is still much more work to be done before shooting begins, with additional cast members and locations yet to be determined. For his part, while he is not writing the screenplay, which is being handled by Peter Craig and Tedd Tally, Stanton is serving as an executive producer. 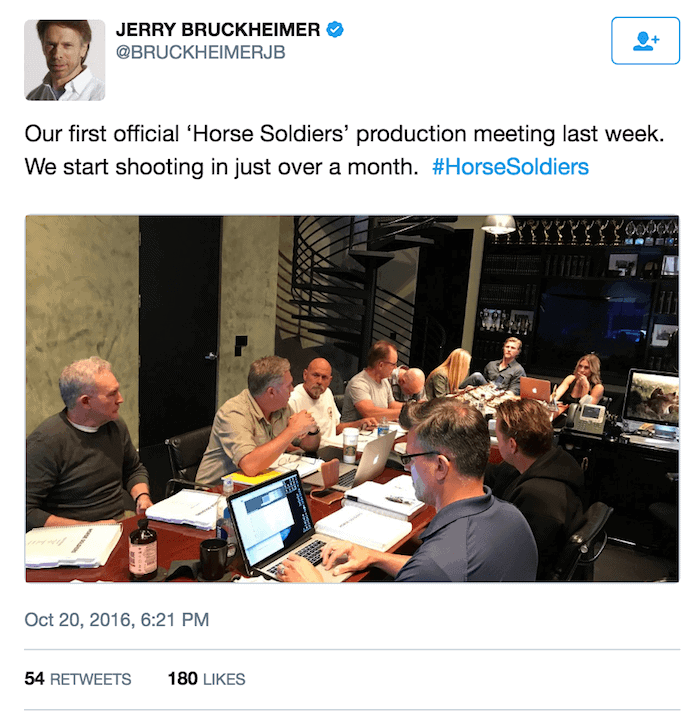 Stanton’s works of non-fiction include the best seller In Harm’s Way: The Sinking of the USS Indianapolis and the Extraordinary Story of Its Survivors. He is currently working on a book about Vietnam, The Odyssey of Echo Company. As an author and the founder of the National Writer Series, which brings authors together with an audience, you might expect Stanton to have an opinion on the digitization of books and magazines. You’d be right. “I prefer print books to digital books,” he says. “I don’t think the printing press or the pixel has claimed the power of the word. That’s separate from its means of distribution. We’re seeing independent bookstores are not failing the way people thought they might.” Regardless of what medium the reader uses, Stanton says the connection between the writer and the reader is of paramount importance. “At the National Writers Series, we provide a very human sense of contact. There is a hunger for that, to see the writers up close and personal.”

Stanton says the challenge in writing non-fiction is capturing the details and writing in such a way as to involve the reader: telling a story without inventing anything. “The challenge in writing (non-fiction) is to stay close to the truth.” That’s exacerbated in this instance when the news has moved on to the next story. “I go on a book tour in 2010 and have to remind people that we are still in Afghanistan. The power vacuum was not successfully filled and dissolved into civil war chaos.”

Stanton faces a different challenge with his next book. “I’m working on a book about Vietnam. The biggest challenge is their lack of a sense of story. What happened in Vietnam is one of the great unfinished American narratives.”

Stanton calls what he does “immersion journalism.” That’s true whether he is talking about one of his books or about the profile he wrote of George Clooney for Men’s Journal. So for Horse Soldiers, not only did he interview members of the American troops, he sought out others who had been involved in the conflict.

How do you get at the truth of a story?

“If you are a writer and allowed to be around them (the subject) long enough, there’s no way they can hide. I went to Kentucky and Tennessee, went to Afghanistan twice. I tracked down and interviewed some Afghan fighters, sat down on plywood beds and asked questions. My job is to thread all that into an epic, for the horse soldiers to the families watching them on TV to the Afghan fighters.”

How do you translate those interviews into your story?

“When I’m writing I feel like I’m carrying around behind me mics and booms and ladders. I would imagine wide-open sweeping spaces with lots of intense action and scenes of Americans trying to get along with Afghans. I saw scenes in my mind. How do I connect that with the written word? I read other books, War and Peace for instance. I read how those battle scenes are communicated. The smaller you are, the bigger you must seem.”

How do you think of this as a movie?

There are so many moving parts – how will they all fit into the movie?

“My job as executive producer is about the story overall—fact-checking. What you do is follow the book pretty closely. The challenge to adapt (to a movie) is how the guys applied force. It’s unconventional warfare. A much smaller force with a lot more nuanced way to approach the application of force. It’s what Special Forces are trained to do.

“One of the generals I interviewed was walking down a hallway in the Pentagon. He passed by a general in the conventional army. The conventional army general said, ‘You must be pretty proud. You’ll never get a chance to do it again.’ They’re always wary of the unconventional army. What makes it unique is these groups were empowered to make decisions on how to respond to (a situation) in a way that will create change. Which lever shall I push? You have to know the religion, the area, the culture—that’s not how the conventional army works. It’s built to absorb loss and keep moving toward the objective.”