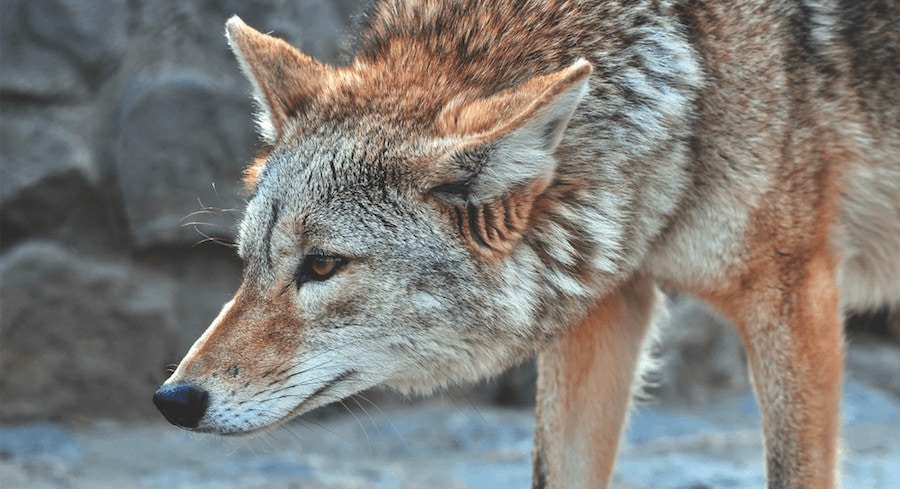 Kandace Chapple, a regular contributor to Traverse Magazine, shares an essay about dealing with family loss on the Northern Michigan trails.

I was alone, again, on the trails by the lake. It was November. The ground was brown and uneven, leaves blown into piles. But now the snow had begun and highlighted the world. It wasn’t pretty yet. It was ugly. The ground was browns and whites, half last season, half next.

I followed the trail to the lake and hiked with a certain ferocity that I could only attribute to being totally pissed. My family was falling apart. Even as we all pretended it wasn’t happening, it was. My mother had been gone a year. We’d gotten through all the firsts, the rearranging of our lives and the new starts, only to find that we weren’t the family we’d been, nor would we ever be again.

I walked fast, at a clip almost unsafe. I was half running, half walking, stumbling over the roots and branches now concealed in snow. I didn’t look and I didn’t care. I felt like I was pushing against the world at every turn anyway. I stormed through the woods, raging, before finally giving in and running.

I hated running. I would welcome it now though, as a pleasing punishment on my body. I wanted to hurt physically, my lungs shrieking, my legs cramping, to dull the hollow thud deep inside my chest. My body felt and held what I was still trying to deny: The family that I knew was gone now. We were starting over.

When the trail met the dirt road, I cut left and followed its curve. The road would take me out to the trailhead, not saving me time or distance, but instead freeing me from the unseen roots.

It afforded me a faster, smoother path on which to beat out my sorrow. I picked up my cadence. I could feel that the road was starting to freeze, the dirt hard, like pavement. It pushed pain up through my heels, into my back. I took it.

On I ran. I was in a tunnel now. I could only see the road a few feet in front of me, the woods gone, the gray sky gone, the leaves and wind gone. I was a singular movement, one foot in front of the other. I ground out the words that circled in my head, under my breath. I swore with each step, not relieved of my sorrow in doing so, but enjoying myself in some way. It was like cutting a vein, spilling it out as I went. Saying it all, letting it out, acknowledging the truth, the pain. I ran another half-mile like this, a blue streak in the brown and white world.

As I crested a small hill, something broke my trance. A movement of fur, in the woods, not 10 paces off the road.

I took in the brutality of the scene, the deer hide pulled open, the blood down the coyote’s front legs. We stood for a full endless moment like that, looking at each other. I expected him to run. But he did not. He expected me to run. I did not.

Finally, the coyote loped his tail to the left and leaned over the carcass, toward me. Mine, it said.

I reacted then. I ran. I took off down the road and pushed my legs as hard as they’ve ever been pushed. I took in the cold November air and roared out my fear on the exhale. I looked back once to be sure he wasn’t coming, and then I didn’t look back again until I’d gone up the next hill and around the bend, out of sight. My breath came in big white billows then; my legs felt nothing, I ran like a single, perfect animal in that moment of pure, instinctual fear. I forgot my sorrow, my anger, my pain and just went. I ran until I couldn’t.

It was over in moments. The run, the coyote, the sprint. I stopped in the middle of the dirt road, catching my breath. The encounter grounded me. Bent over, half laughing at what had happened, I looked up and saw the clouds, the trees, and the sky again.

I felt a zing of happiness, the sadness upended in the scramble. I laughed fully, shouted once at the coyote, you brute!, and felt it—the joy of being part of the wild, unpredictable, beautiful world.

This essay is featured in the November 2016 issue of Traverse, Northern Michigan’s Magazine.
Subscribe to more Up North moments here.