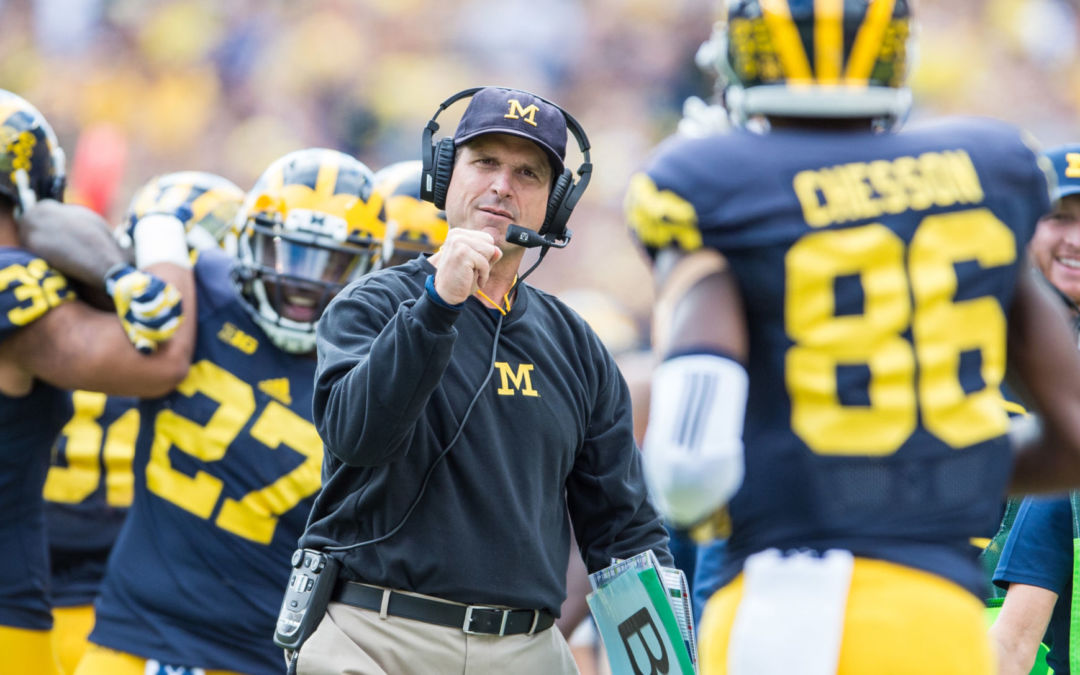 Holiday shopping and decorating be damned! In the great Mitt of Michigan we have football on our minds today! Will the Wolverines have those Buckeyes for lunch (November 26 @ noon)? Will they redeem themselves after a crushing 42–13 loss in 2015?

While you watch the game, you might also love to know about the Northern Michigan fairytale backstory: The how and why of Jim Harbaugh’s decision to give up coaching the NFL’s San Francisco 49ers to come back to Ann Arbor—where he was a star quarterback for the Wolverines in the 1980s. (And where he guaranteed a win against Ohio in 1986 and then proceeded to follow through!)

Well, children, listen and you will hear a tale that that begins with … a Spartan! Yep, one-time Michigan State Spartan Garrett Celek (who grew up in, Ohio, BTW—talk about tangled blood-lines!) and went on to play for Harbaugh and the 49ers. After Garrett proposed to the stunning Sarah Hinton (both a Michigander and a former Spartan), the couple decided they would be married in Michigan—and in the most beautiful part of that state, Northern Michigan.

Here’s where the drama builds: In the summer of 2014 Garrett invited his 49ers coach, to his wedding. Not only was Coach Harbaugh happy to share in the young couple’s big day—but the event also meant a trip back to his beloved state of Michigan. The wedding celebration played out on some of Northern Michigan’s world-class lakes including Torch Lake, Lake Charlevoix and Leelanau County’s Lake Leelanau. As author John Bacon recounts in his book Endzone: The Rise, Fall, and Return of Michigan Football, Jim and his wife, Sarah, were on a boat cruise of Lake Charlevoix when his host, a fellow U of M alum, blasted the U of M fight song—which attracted a boatload of MSU fans who retorted with the Spartan fight song. Bacon writes: “This stuff just doesn’t happen in the NFL.” 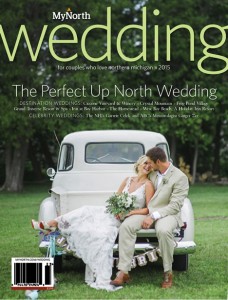 At the wedding ceremony, Sarah Celek recalls, “Harbaugh did a reading and also gave a beautiful speech at the rehearsal complete with a ‘Who could possibly have it better than Garrett and Sarah? NOBODY!’ He also added a little Wolverine shout out, which was quickly combated with yells of GO GREEN, GO WHITE! by our many Spartan guests in attendance.”

While other factors played into Harbaugh’s decision to return to Ann Arbor, that weekend helped to change the course of Wolverine history. By the end of the year, Harbaugh had signed on to come back to take the head football coach position at University of Michigan.