Strings By Mail Continues to Grow in Traverse City 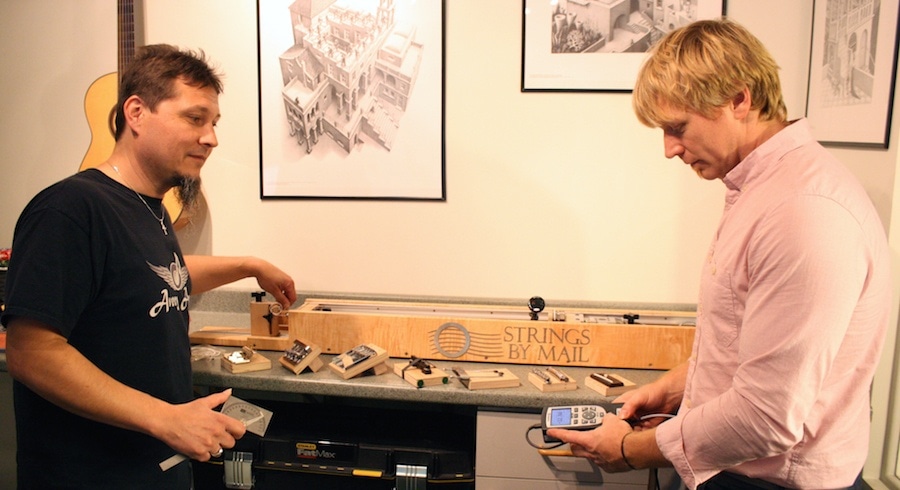 Operating a business dedicated to his art has been a dream come true for guitarist John Wunsch. After years of honing his playing, from school in North Carolina to New York City to a return to his hometown of Traverse City, he changed career directions. He purchased the mail order guitar string supplier Strings By Mail in 2009 and immediately moved it from Ann Arbor to Old Mission Peninsula.

Since then, he’s expanded its offerings, as well as its facility. When he bought it, the company was selling slightly more than half a million dollars annually in guitar strings and accessories. Sales have increased dramatically since then, over 250 percent. Wunsch says the number of products has also increased by more than 300 percent to over 12,000 items. There’s been a concurrent growth in the facility’s footprint as well, to accommodate the growth in product as well as make the flow work efficiently. “The space has more than tripled,” Wunsch says.

Proof of the firm’s success can also be measured by what customers say. One commented his loyalty to Strings By Mail came from the company’s loyalty to the musicians it serves, saying, “Normally I buy at Amazon, but anybody who supports artists the way you do deserves business.” Wunsch is also quick to give credit to his staff, most of whom are also musicians.

The company’s growth slowed in the last couple years, however, due to a number of factors. Increased competition from retailers such as Amazon, Walmart and Best Buy attracted buyers that had previously turned to Strings by Mail. “The big boys came after us,” Wunsch says. And his one-time state-of-the-art website needed to be refreshed. “We always had unbelievable customer service, a great selection and really fast fulfillment,” he explains. “But if the technology isn’t up to snuff … ”

So he had the website updated, a process that took several months. “We were completely customized. It was a long, involved process, like pushing a pebble up a hill. Everything we did impacted something else. The wheels kept coming off.” The process started in October of last year and was finally completed by May.

Wunsch says the company began seeing the results almost immediately, and they were better than he could have hoped for. “Our average SERP (search engine results page) went from 21.7 on June 15 to 12.4 on September 13,” he says. “Our SEO consulting firm, ChannelAdvisor, which works with numerous high-profile clients such as Nike and Macy’s, referred to it as a staggering change in such a short time. It is something they almost never see.” ChannelAdvisor also told him the site’s speed was the fastest of any client they have on desktop and in the top five client speeds on mobile. 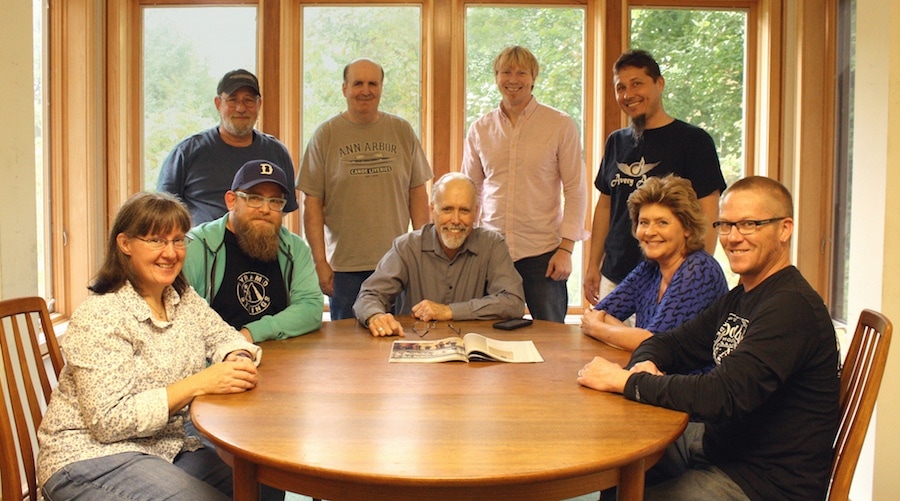 For Wunsch, turning to business from performing was a matter of timing and acumen. He’d dealt with injury, spinal stenosis and myasthenia gravis, all of which impacted his ability to play. Though he was returning to form, he also was looking at other areas of interest. His day job as a guitar instructor at Interlochen was 45 minutes from his Old Mission home. He knew of the company, which at the time was in the hands of his former guitar student Brad De Roche and Brad’s brother Scott. “I had done political organizing and thought I might be a good businessman,” Wunsch says.

In addition to strings, the company sells accessories, everything from guitar straps and stands to CDs and DVDs, both performance and instructional, and stocks over 4,000 sheet music selections. It has its own dedicated Youtube channel, featuring lessons, stringing instruction, performances and inspirational videos. Strings By Mail has branched out into the orchestral world as well, selling strings for violin, viola, cello and bass. “We’re offering deep discounts to local strings players with TCAPS, Interlochen, the Traverse Symphony Orchestra or the Great Lakes Chamber Orchestra,” Wunsch says. As proof of the company’s dedication to that niche, Wunsch adds that Strings By Mail will be an exhibitor at the next meeting of the American String Teachers Association. “It’s the largest and most important orchestral string educators organization,” he explains.

The company has had a few high-profile guitarists use its service, everyone from jazz giant John Pizzarelli to new age favorite Alex DeGrassi to Bruce Springsteen. “We just had Peter Frampton’s people call, looking for some Gypsy jazz strings,” Wunsch says. As most of the top level guitarists are sponsored by string companies, the vast majority of Strings By Mail’s business is with musicians who are not household names but may be at the top of the game, as well as those aspiring to be.

Customer needs have always driven the company. Offering custom sets enables customers to blend different types of strings, whether nylon, steel, round wound or flat wound, from different manufacturers, such as D’Addario, GHS, Ernie Ball and Dean Markley. Wunsch and his staff have taken it to another level, interacting with customers to find out what kind of guitar they use, which strings, why they like it. That way they are able to make recommendations to help the musicians get just the feel and sound they want. And if the customer wants something the company doesn’t have, the staff will find it and then continue to stock it.

Strings By Mail has grown to the point suppliers are coming to Wunsch and asking him to carry their product. Most recent was a company from Italy. “We’re recognized for prominence in the market. We’re pretty high profile in our world. We’re now being sought out by large European companies for U.S. distribution,” Wunsch says.

Photo(s) by Strings By Mail