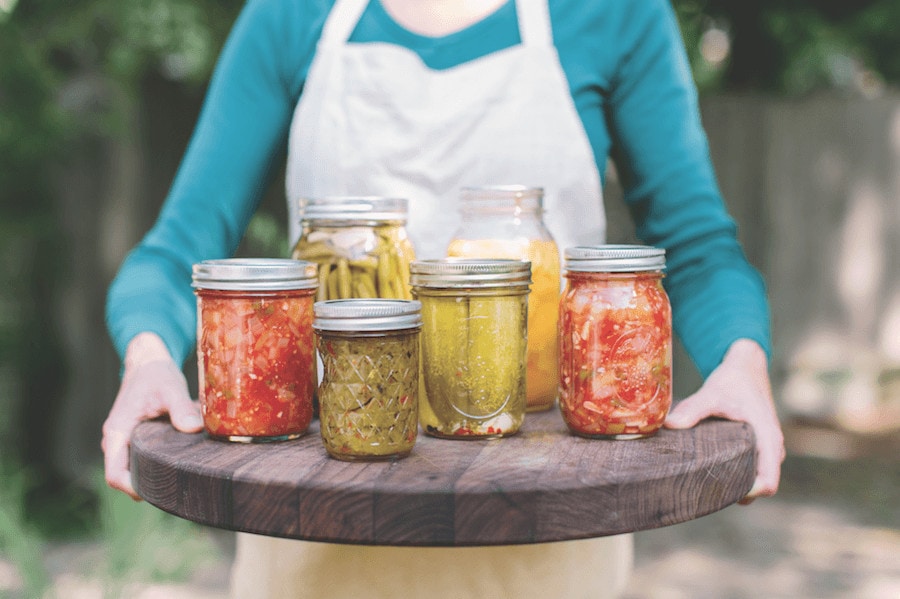 If you were lucky enough to grow up having a grandma (or anybody, for that matter) who preserved summer’s abundance of fresh produce in jars, the memories this song evokes will be sweet—or, in the case of pickling, sour, but still pleasant and nostalgic. Sometimes we yearn for the old days, for simpler times, and reminiscences like this take us back …

But wait—cut that trip down Memory Lane short, and head back to the present, because pickling is hot today, and it’s not just for grandmas anymore. In fact, pickles are a major food trend. A whole new demographic has discovered, or rediscovered, the joys of canning and preserving in recent years, with pickling at the top of the list. Last year, both the National Restaurant Association and Urban Spoon declared pickling one of the top trends of 2016. 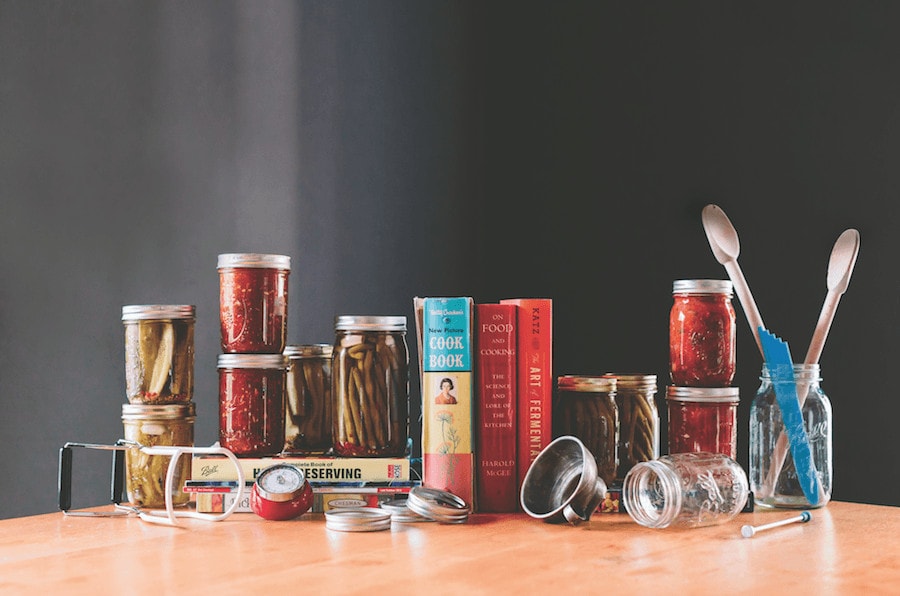 But the rise of pickling to its newfound celebrity status actually started several years back. Evidence that something was afoot in the pickling world began to surface in the early 2000s in such venerable media as NPR, CNN and major newspapers and food magazines, as well as online, and has continued to grow. Allrecipes.com tracked a 109 percent increase in page views of its pickling, jams, canning and preserving articles in 2007, while Barnes and Noble confirmed in 2008 that sales of books and magazines in those same categories were strong throughout the chain—and not only in rural areas.

In 2013, Saveur’s “100 Favorites” issue honored number 55, tsukemono (traditional Japanese pickles), with a full-page spread. The Washington Post noted that same year that “one look around the Washington area would seem to confirm that we’re in the throes of pickling mania.” And Condé Nast Traveler wrote in 2015, “All over the country, restaurants are fermenting and brining everything from French fries and shiitake tempura to eggs and pumpkin.” Not to be left behind, social media has picked up the trend and is fanning the ames of pickle love on Facebook, Twitter, Instagram and Pinterest.

So what sparked this pickling frenzy? In all probability, it was a combination of many factors: the economic crisis at the beginning of the 21st century, an upturn in DIY, and of course the farm-to-table movement, which has spurred renewed interest in cooking and eating more foods that we either grow ourselves or source from local farms and farm markets. Another reason may be that our palates have become more sophisticated, which may seem like a contradiction considering that pickles are something that has long been considered a down-home, traditional food. 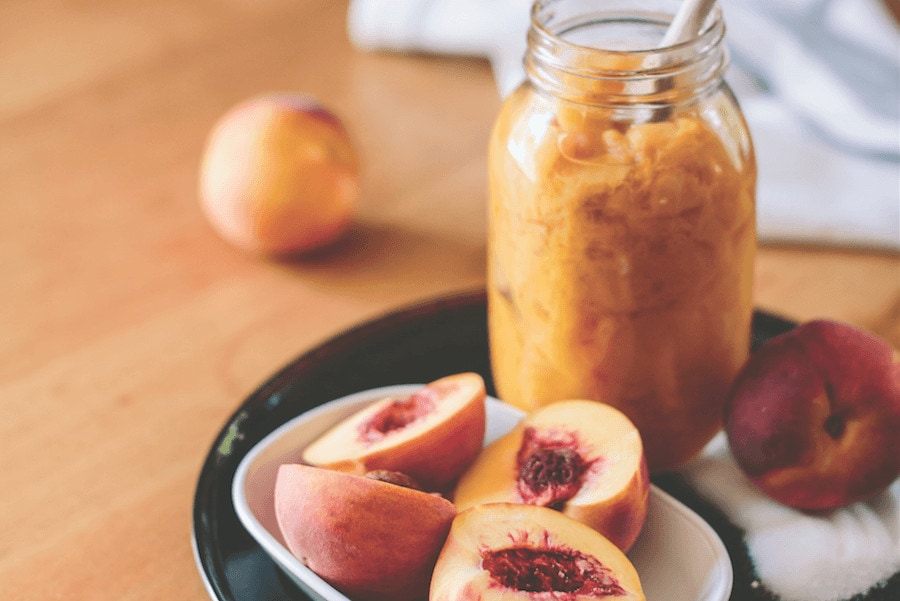 But the more we read and travel and become aware of new and different foods, the more we want to discover and taste them. As a result, there is now a beautiful diversity in the pickling world. Today’s picklers include young and old, urbanites and rural dwellers, home cooks and professional chefs. And the variety of vegetables—and fruits—being pickled has expanded far beyond the classic cucumber version that started everything back in 2030 B.C. (yes, you read that right), according to the New York Food Museum’s “Pickle History Timeline” (https://nyfoodmuseum.org/).

It’s not surprising that, like many other trends, this one has ancient and international roots. Middle Eastern and Asian cultures have been pickling for centuries, and pickles were already a common condiment and snack in England in Medieval times (Queen Elizabeth I was apparently a fan, and Shakespeare references pickles metaphorically in both Hamlet and Twelfth Night). The Russians, Germans, French, Scandinavians and Eastern Europeans also have a long history of pickled delicacies. As for the New World, the Caribbean diet began to include pickled elements in the 1500s, and by 1606, pickles were being produced at home and commercially in the colony of Virginia.

Today, home-pickled foods can be made in three different ways: quick pickles (the “fast food of pickling”), hot water bath canning, and lacto-fermentation. Each method has a specific process that affects shelf life and nutritional value of the finished product. “Quick pickling doesn’t provide the nutrients that the other two do,” says Jen Schaap, food and farm programs coordinator for Crosshatch Center for Art & Ecology in Bellaire, “but it is easy to do, yields a crisp product, and offers a lot of flavor options.

“Water bath canning uses a brine solution that both encourages good microorganisms and discourages bad ones. And with lacto-fermentation, there is even more nutritional content, because that process introduces both salt and a whey product, so it’s feeding really good organisms, which are beneficial to the digestive system.” 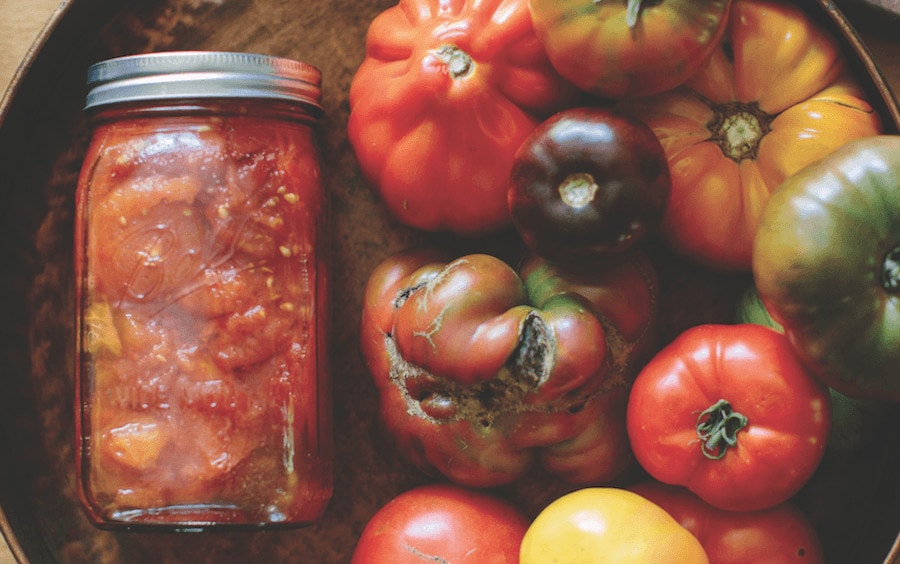 Pickling began as a necessity—a way to preserve food from spoiling prior to refrigeration. It has expanded in modern times to become a conscientious choice, and not only for health reasons. “Now, it is a philosophy,” Schaap says. “We do it because it makes sense and it’s good. As people learn more, they want to know what’s in their food and care about what they are feeding their families. And of course, it’s also about taste.”

As culinary legend James Beard wrote in Beard on Food, “… preserving should not be for its own sake, but, like cooking, should be practiced to produce an effect delightful in itself.” With its versatility and variety, pickling is one more way to get creative with food. Flavors, textures, colors and heat can basically be tweaked according to the pickler’s whim, as long as some basic rules are followed (see Safety First). You may start with just a vinegar and salt solution (for quick pickles and hot water bath pickles) or a water and salt solution (for fermented pickles), but it’s when you add spices, herbs and aromatics that the real magic happens. 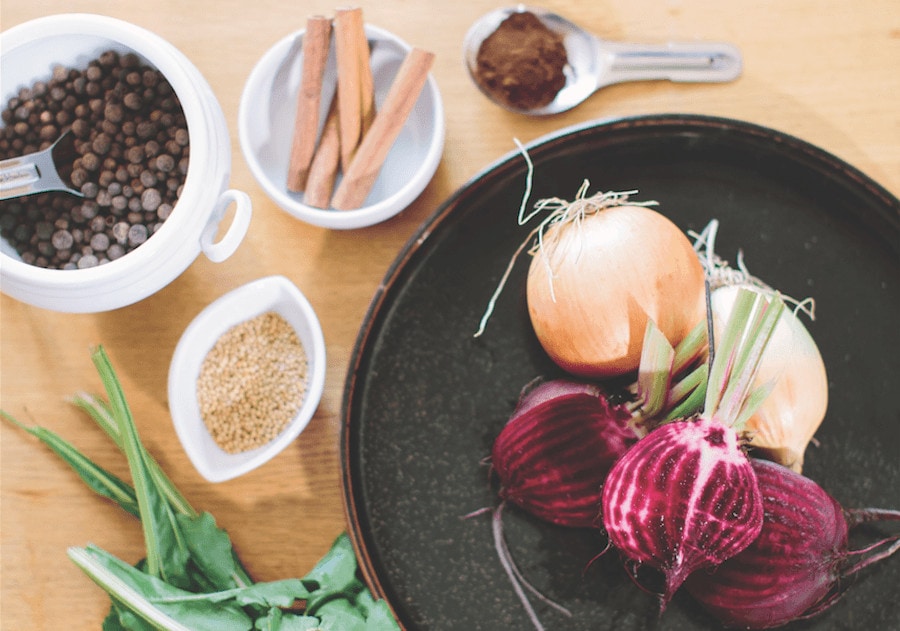 What can be pickled? Besides cucumbers, how about radishes, turnips, beets, plums, peaches, blackberries, cherries, eggplant, fennel, onions, cabbage, beans, peppers, okra, tomatoes, peppers, carrots, cauliflower and watermelon rind— just for starters. Commonly used spices include, but are by no means limited to, black peppercorns, dill seeds, coriander seeds, cumin seeds, mustard seeds, allspice, bay leaves and cloves; herbs such as dill, tarragon, basil or thyme and aromatics like garlic, shallot, onions or chilies can add yet another flavor dimension. If you can imagine it, you can probably pickle it.

Sounds like fun, right? Well, it can and should be, Schaap says. Still, if you’re using the hot water bath method, it can also be a long, hot, tiring and inconveniently timed job. “That’s where the grueling part comes in,” notes Schaap, “because when that fruit or vegetable is ripe and ready, it doesn’t matter if you have plans for the weekend or if the weather is steamy—you’ve got to get it done then and there. And if you’ve got round after round of jars on just one or two burners, it’s also boring, which is why I always say, ‘Friends don’t let friends can alone.’ You should gather your friends or family and do it together. It’s so much nicer to have someone to talk to and split the effort and share the rewards with.”

Schaap knows one excellent way to do that, too. Crosshatch operates a mobile three-season “Preservation Station” with a fully equipped kitchen that can be hired to come to your own farm, community garden, farm market or backyard with a canning expert who teaches hands-on group classes on pickling and fermenting during peak season for produce (see Let’s Get Pickling!). 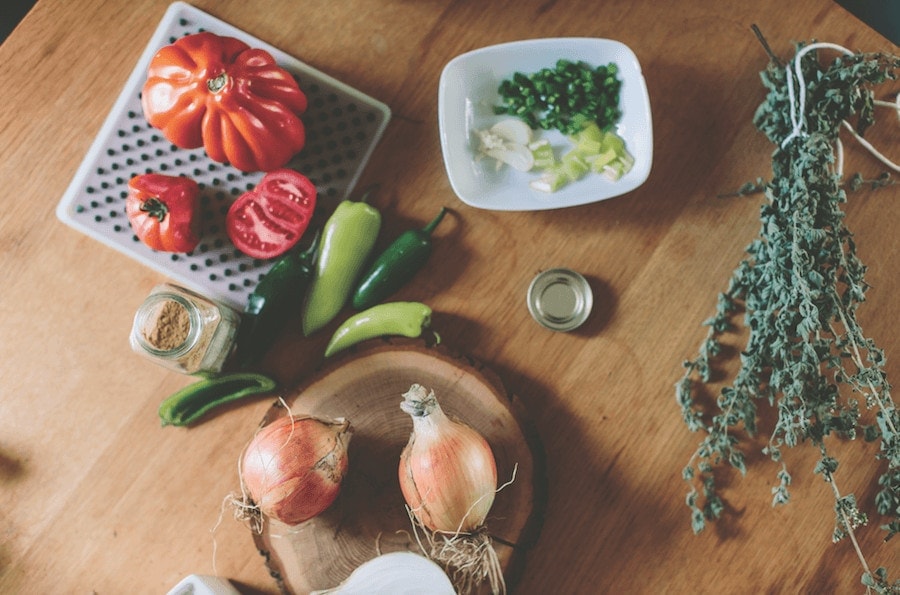 Brad Kik, Crosshatch co-founder and co-director (with his wife, Amanda), is unabashedly fond of pickling. And he may have found the real secret to its current popularity in the almost poetic terms he uses to describe it. “Pickling is one of those acts, like gardening, hunting and foraging, that connect us twice: first to the natural world and its splendor, and then to our grandparents and more distant ancestors who, with only minor changes in technique and equipment, have been walking these paths long before us. We can almost feel their ghosts in the room with us.”

There is also another component, Kik adds, that has almost certainly helped to draw new proponents to this elemental activity. “Pickling is second only to baking in its alchemy. The simple act of soaking sliced red onions in vinegar for ten minutes is as close to proof of miracles as you can get.” For Schaap, that miracle is especially welcome in December, just as Greg Brown sang in his ode to his grandma’s pickles. “That’s exactly the reason to pickle and preserve,” she says. “When I can pull those jars off the shelf, that’s what gets me through the winter. It’s not just the taste—it’s the memory, the connection to the land, all of it.”