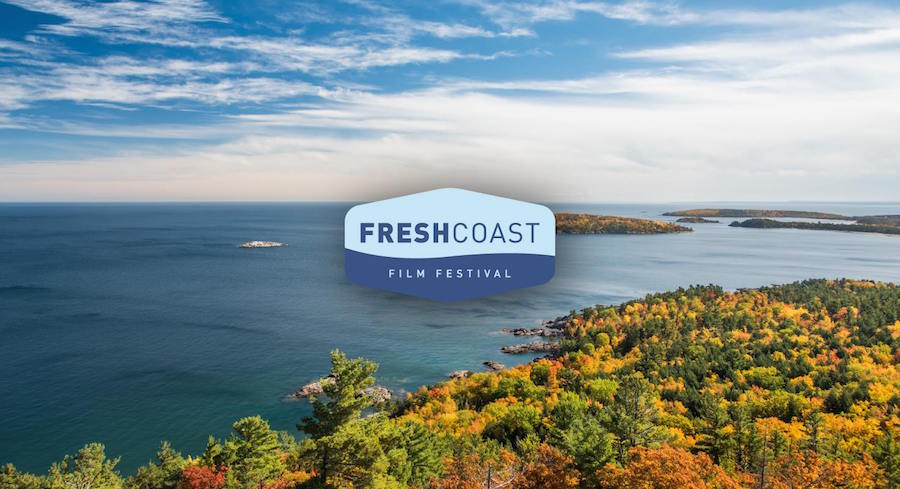 Fifty-nine films that will get you completely and entirely stoked about the outdoors—living it, loving it, protecting it—will fill movie screens in six venues in Marquette during the Fresh Coast Film Festival October 13–16. We connected with Aaron Peterson; founder, organizer, filmmaker and regular contributor to Traverse Magazine and MyNorth.com to get some backstory.

“Four years ago, when I finished my film Cold Rolled [about the dawn of snow-biking in Marquette], it saw good success at some film festivals, with the Telluride Mountain Film Festival being the biggest. I went out there to the festival and was looking around and seeing that I was the only one from the Midwest here. And then in talking with Bill Thompson [owner of Marquette’s iconic outdoor store Downwind Sports], he too was feeling that kind of outsider thing when he went to big outdoor retailer shows out west … kind of a need to fight to be taken seriously.”

So it was a little attitude-driven.

“Well, yeah, we kind of had a chip on our shoulder. Because there is huge growth of active outdoors in the Upper Midwest. Duluth was just named outdoor city of the year by Outside Magazine. Copper Harbor has great things happening. So do Marquette, Traverse City … adventurous people are returning or staying closer to home and we are trying to harness that energy the way Banff and Telluride have done. Bill said, ‘Why doesn’t Marquette have a film festival?’”

Give us a sampler, a few things to get us excited.

“One I love is The Great Alone, it’s about an Iditarod racer who’s kind of like the Kid Rock of mushing. I loved it. I was crying, laughing, a great rollercoaster ride. Also I’m really excited that we will have Bryan Smith here. He’s a Traverse City native who has become one of the top adventure filmmakers in the world. Now he lives in Squamish, British Columbia. He will be showing two films he’s done for Red Bull. He started by buying a $100 camera at WalMart to fight a dam proposal.

“Saturday evening we will have the National Geographic adventurers of the year, Dave and Amy Freeman, of Minnesota, who just spent a year in the Boundary Waters and filmed it as a way to raise awareness about the dangers of sulfide mining proposals near the park. We will have the world premier of a Patagonia-sponsored short film about their journey, and then it will be released to the web. There’s an Isle Royale film I really like. There’s a film dealing with contemporary Native American culture—a guy who raps in Ojibwe.”

I’m hearing a mix of adrenaline and soul.

“Yes, and one thing I strive for, too, is to have a sense of humor throughout everything. This genre can take itself too seriously, too much ego. A beauty of the Midwest is our self-effacing humor. People are not afraid to make fun of themselves, lighten the mood. There’s an amazing climbing film called Dodo’s Delight, in which climbers get on a boat and sail from Greenland to Baffin Island. Along the way they have a hell of a time, playing music, singing in the hold of this 33-foot boat. If you don’t walk out of there singing and laughing, you don’t have a pulse.”

Speaking of self-effacing Midwest tendencies, you have not mentioned your own film, the Michigan Ice film, which I have seen and can attest to the fact that it is completely amazing. A must-see for any Michigander. So attendees can see that, yes?

More in the Upper Peninsula