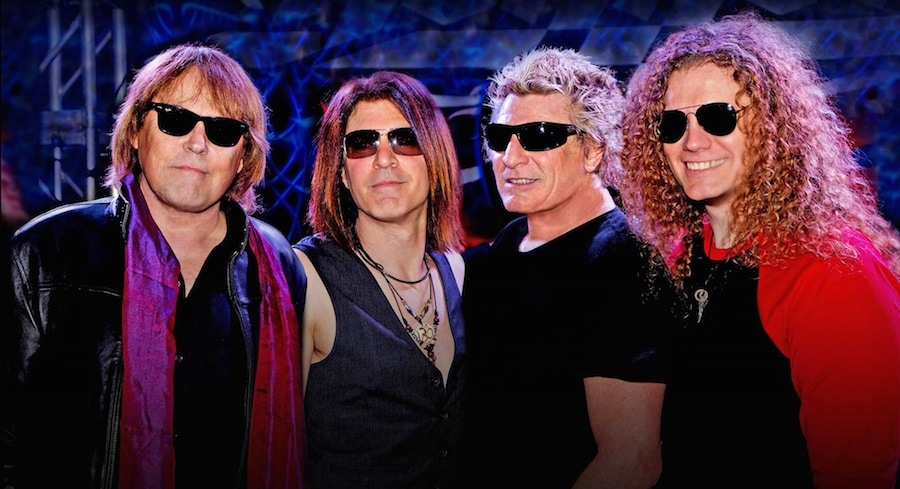 Dokken, one of the prime movers of what became known as “hair metal,” is coming to Streeters in Traverse City. MyNorth Media’s entertainment writer Ross Boissoneau gives us the band’s backstory.

Singer Don Dokken formed Airborn, his first band, in 1976, with Bobby Blotzer on drums and Juan Croucier on bass. Airborn played shows at clubs around Los Angeles. In the late ’70s guitarist George Lynch, drummer Mick Brown and Dokken formed the Boyz. In 1979 he recorded a single, the first under the band name Dokken, produced by Drake Levin, the guitarist for Paul Revere & the Raiders. More lineup changes ensued, and the band toured Germany in 1979. In early 1981, Don Dokken returned to Germany trying to get a record deal, with Lynch, Brown and Croucier. Croucier left Dokken in 1983 just prior to the release of the “Breaking the Chains” video to join Ratt. His replacement was Jeff Pilson, creating what is now regarded as the classic lineup of Dokken. During the 1980s, in addition to its own headlining tours, Dokken opened for such bands as Judas Priest, AC/DC, Aerosmith, Dio and Kiss, among others.

The group recorded four studio albums and one live outing before differences between Dokken and Lynch broke up the band in 1988. They regrouped four years later, though tensions remained, with Lynch leaving again in 1997. Pilson followed suit shortly thereafter, and today Dokken and Brown are the only original members. The classic lineup reconvened earlier this year for a short tour, mostly dates in Japan, where it is hugely popular. The band is recognized as one of the prime movers of what became known as “hair metal” along with Ratt, LA Guns, Def Leppard and others, selling some 10 million albums to date.

“With vocalist Don Dokken’s captivating stage presence and guitarist George Lynch’s high-energy style, the band combined rockers such as ‘Kiss of Death and power ballads such as ‘Alone Again’ in order to create a number of best-selling albums.” – The All Music Guide

“I would just say that we pretty much don’t have a relationship at this point. There was an hour-long meeting at a management office and a few emails. But beyond that, there really hasn’t been any communication.” – Lynch earlier this year on his relationship with Don Dokken