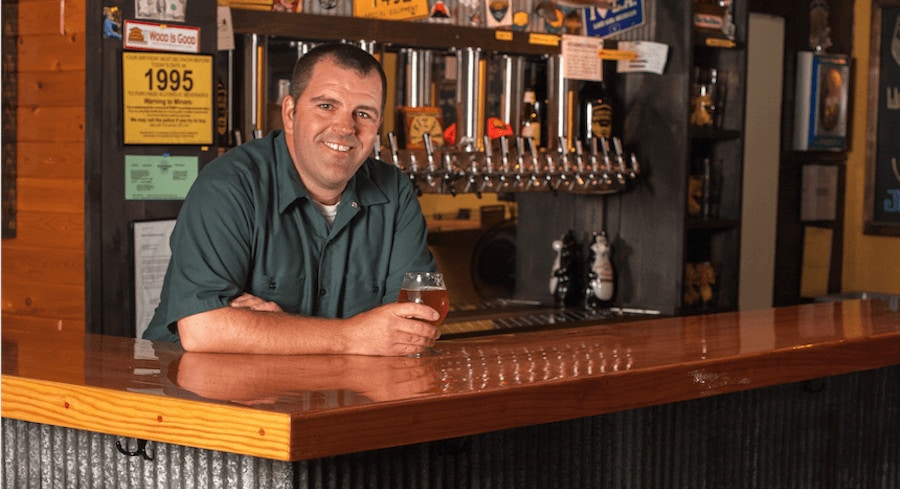 We catch up with Matt in Lake Ann to talk low expectations, the state of the craft scene and the anatomy of a wheat beer.

As a new brewery in a seemingly crowded scene, how does Lake Ann Brewing stand out?

“It’s important to know that taproom breweries are very location-driven. Yes, there are a lot of breweries around Traverse City but Lake Ann was a busy little town with nowhere to get a beer, now we’re it. I’m a huge believer in low expectations, and my original vision was to open a little half-ass brewery as a side project but it immediately grew way beyond that.”

When we stroll into your brewery with low expectations what kind of beer should we expect to find?

“We’re focused on making American ales using American ale yeast and Pacific Northwest hops like Simcoe and Mosaic. We don’t do any crazy stuff, not because I’m purist or against it, but just because I want to sell a lot of beer and that means making it very easy to drink. We’ve had great success lately with a session IPA we call Jungle Fungus, and Auggie’s Garden Glo, our summer wheat beer.”

Walk us through the anatomy of a wheat beer.

“Wheat has a lot more protein than barley, so it gives added mouthfeel, a thicker head and typically presents cloudy in the glass. This said, it’s pretty neutral in the flavor department, which is why we infuse citrus and coriander to give it that fresh, summery flavor. Traditional German and Belgian wheat beers use yeasts that give off banana and clove-type flavors, but our yeast is more neutral. Orange and grapefruit slices make great garnishes.”

“Sunshine, a beach, a boat and another pint of wheat beer.”